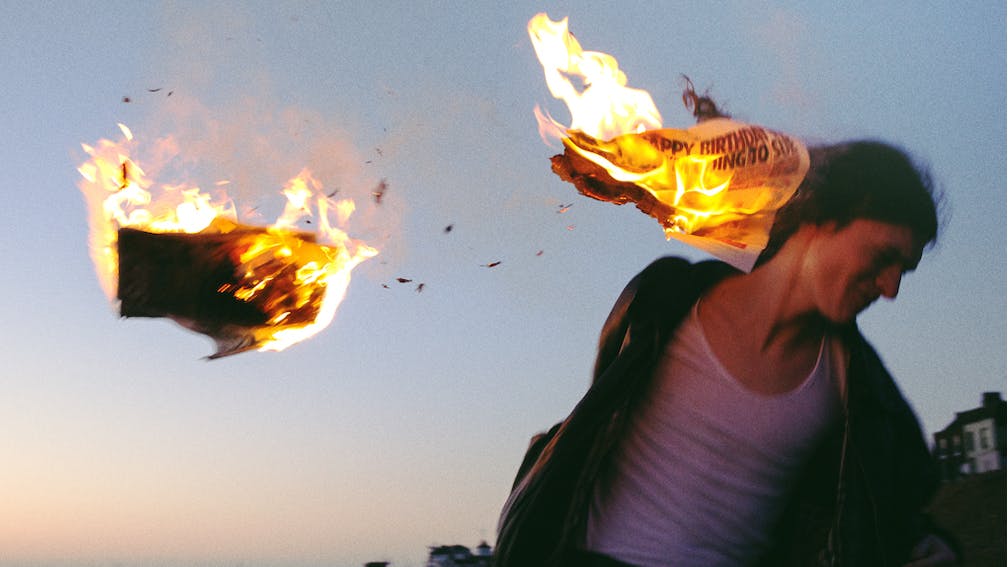 Rock’n’roll is a genre littered with dreams. The idealism of youth. The old timer placing their faith in one last shot. The belief that there must be more to life than just this, if one could only grasp it. Aberdeen’s Cold Years are no strangers to wrapping their troubles in dreams – or couching their hard-scrabble punk in heartland rock anthemics – and their debut Paradise is a labour of innocence and experience.

Opener 31 unfolds like the album in miniature, starting with life’s greatest unknown: ‘What are we here for?’ Homelife and street violence collide in an eruption of cranked guitars as frontman and lyricist Ross Gordon attempts to pour everything he’s learned, loved and lost over three decades into three minutes, as if the chance will never come again. Musically, too, Paradise is a step forward from the scrappy anthems of 2016’s Death Chasers EP or 2018’s glossy followup Northern Blue. Recorded at Southampton’s The Ranch with Neil Kennedy (Creeper, Slow Crush), Paradise channels the cinematic scope of some of Cold Years’ own favourite records by Bruce Springsteen and Dire Straits. Case in point, The Waits is salvaged from its skeletal debut on 2015 EP Mile Marker and fleshed out with piano and Fraser Allan’s titanic drums into a showstopper that is only missing a 21 gun salute. Elsewhere, shimmering synths and chorus-soaked guitar lift Ross’ gravelly croon on Northern Blues as he sings, ‘Carry yourself away on the wind, like a bird flying home for the winter.’

Yet beneath the fireworks and no guts, no glory romanticism, there runs a deep current of fear and storm clouds are ever-present on the horizon. In Hold On, Ross observes his friends – and by extension, himself – repeating the same mistakes, clutching any distraction and waking up to the same mess. And when a moment comes to break the cycle, it is riven with ambiguity: ‘Keys in the ignition, the rain it always drives, a broken ferris wheel against a greyed out sky.’ Even Breathe, a dedication to new love that could have appeared on The Gaslight Anthem’s 2012 album Handwritten, is delivered more as a howl of desperation than salvation.

Occasionally Ross’ ambitions to chronicle the travails of his generation exceed his grasp, with caricatures of ‘politicians drinking their champagne’ and the Brexit-swiping 62 (My Generation’s Falling Apart) coming off as simplistic, or even mawkish. Yet even at Paradise’s more questionable or fatalistically bleak moments (Electricity’s thunderous riff-down), musically the band never lose sight of that search for something better, something to believe in.

For Cold Years, this debut album is that reason – the fruit of high hopes, shared fears and miles of road put under their feet. For many listeners, these songs will likely come to mean much more. Paradise is a deeply ambitious and deeply human album, fuelled by northern grit and punk-rock zeal. With it, the Granite City rockers can hold their heads high among their heroes. After all, tramps like Cold Years were born to run.

For fans of: The Gaslight Anthem, Hot Water Music, The Xcerts

Paradise is released on September 4 via Inside Job/eOne – pre-order your copy now, along with other merch bundles.