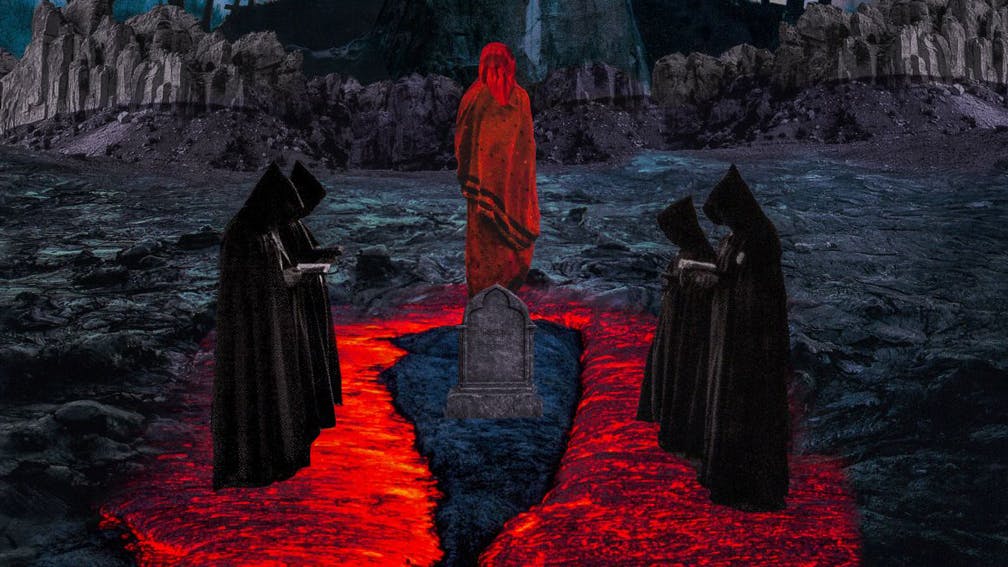 It’s sort of hard to believe that Counterparts are now on their seventh album in 12 years. One of metallic hardcore’s most prolific and consistent bands, the Ontario bruisers have come out of the hardship of the previous three years with a record that is practically sodden with anguish, but not for what they’ve lost (like so many other bands), for what we’re about to.

Speaking about A Eulogy For Those Still Here, frontman Brendan Murphy said he was “mourning the loss of someone that’s still alive or saying goodbye to something that hasn’t left yet,” and these overwhelming, life-changing feelings of sadness and grief permeate the very soul of the record. Opening single and standout track Whispers Of Your Death roars with the oceanic power of post-metal guitars, crashing against the shore of roaring vocals and punishing percussion, as Brendan’s pained and vivid ‘make your cancer mine!’ tears across the soundscape.

An exercise in catharsis, the album is driven by grief and religious connotations, with the ascending choral climax to Skin Beneath A Scar evoking images of some kind of rapture, while the title-track offers up ideas of salvation and sacrifice amidst its more melodic hardcore ebb and flow.

Fans of a broad church of music, from Touché Amoré to Killswitch Engage, will find something to latch on to here, as Counterparts’ visceral brand of metalcore blends earth-punching breakdowns with breakneck speed and expansive, sparser textures. The double-sided sword of misery and anger hangs heavy over the record – anthemic What Mirrors Might Reflect gazes both inside and out, hating the view from both – but ultimately this is a record brimming with defiance and resilience, working its way through the agony of heartache in real-time.

It might not push the needle in terms of taking the genre forward, but Counterparts have created a vital record for those who need it most. With such a cacophonous and maniacal sonic discharge in which to purge your pain, find solace in Brendan’s words and exorcise your demons.

For fans of: While She Sleeps, Stick To Your Guns, Vanna

Ontario metalcore crew Counterparts have dropped a new video for Whispers Of Your Death, taken from their upcoming album.

The new video from Canadian hardcore crew Counterparts reminds us it's the quiet ones you have to watch out for.