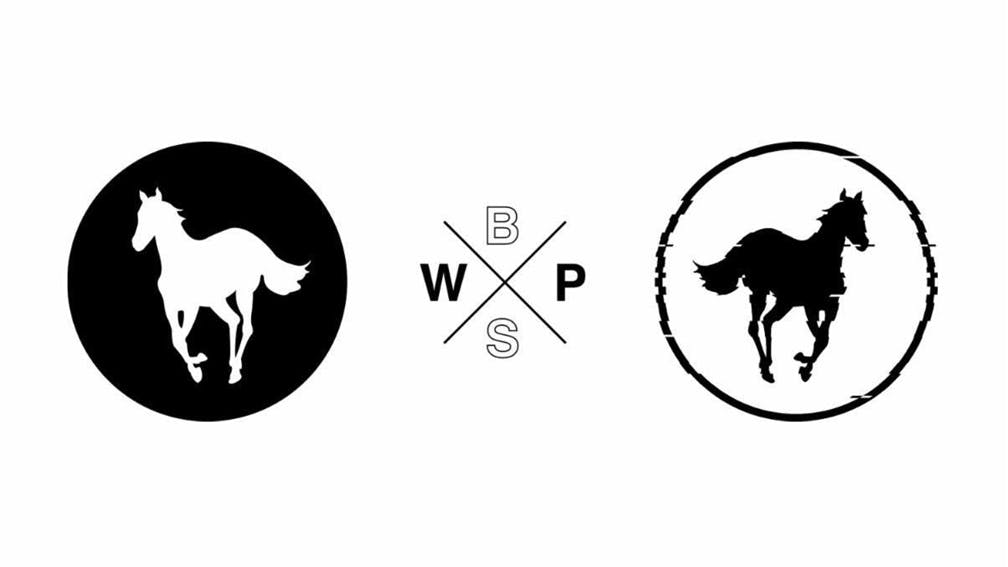 The 20th anniversary celebrations of Deftones’ White Pony earlier this year was a grand reaffirmation of their third album’s status as an irrefutable classic. The passage of time has, it seems, only enhanced its legacy as a record that napalmed the stagnant nu-metal scene at the onset of the new millennium. Hard as it is to fathom, however, it is not the main attraction in this reissue. Enter the new White Pony remix album: Black Stallion.

If you cringed when you read that, it’s entirely understandable. Many bands have delivered creatively bankrupt, almost suspiciously shit remix projects. Trawl through the mire, however, and there are some precedents for excellence in this field, be it Nine Inch Nails’ Further Down The Spiral or A Perfect Circle’s aMotion. And it is in this small yet distinguished fraternity that Deftones now find themselves.

If you were in any doubt as to which edition of Deftones’ classic you are playing, it soon becomes apparent as Stephen Carpenter’s searing opening riff on Feiticeira decomposes into a haunting, submerged beat. Clams Casino’s reworking – which adopts Chino Moreno’s teasing ‘soon I’ll let you go’ line as its vocal hook – sets the tone for the album as a whole. Here we are dealing with an Into The Pony-verse scenario, an alternate reality where Deftones made their name in trip-hop, ambient and electronic clubs. It works brilliantly. DJ Shadow reinvents Digital Bath as an achingly cool, down-tempo affair with a chorus that echoes out instead of exploding; the same goes for Tourist’s concussed, ethereal take on Change (In The House Of Flies). Elsewhere, Trevor Jackson’s spin on Korea’s rampage reduces it to an ominous throb and Purity Ring convert Knife Prty’s beautiful menace into a hypnotic daydream.

While almost all the songs withstand such radical reinterpretations, not all tracks are as well served as others. Elite’s propulsive guitar work is substituted by Blanck Mass with a free-roaming industrial attack in a manner that will likely prove anathema to some. Elsewhere, Squarepusher’s decision to take the six-minute psychedelia of Pink Maggit and stretch it out to a 10-minute, 12-second glitchy marathon yields mixed results. What starts out hugely promising ends up making White Pony’s triumphant parting note feel somewhat distended.

Indeed, there’s a strong argument to be made that creative restraint, not excess, is often the real victor. A few noisy outbursts aside Salva’s work on RX Queen’s marries a gothic organ with its slowburn guitar line to dramatic effect, while Phantogram’s Street Carp reimagines the fiery song as a synthwave reverie. Best of all these more tranquilised re-framings is The Cure’s Robert Smith adding the softest of touches to the intimacy of Teenager.

If one person can be declared the MVP, though, it’s Linkin Park’s Mike Shinoda. Assuredly, he had one of the most unenviable jobs: reworking Passenger’s needling riff and Maynard James Keenan’s soaring guest chorus into something of equal stature. A real repaint the Mona Lisa job if ever there was one. He nails it. Guiding the track from its lullaby-like inception to a clipped electro discharge, his vision for the track epitomises why this project not only works, but also worthwhile.

It perhaps helps to consider what this album could have been: a veritable Frankenstein’s playlist of takes on Deftones. Considering that each song is helmed by a different producer/DJ/artist, the uniformity of vision is impressive. As with the original, Black Stallion is an album of competing extremities held together in a state of perfect equilibrium. It is certainly true that White Pony needed no augmentation. In its original incarnation it sounds as breathtaking and innovative now as it did in June 2000. To weigh Black Stallion against it would not only be unfair, but also miss the point. What we have here is a whole new set of parallel hoof prints to marvel at.

For Fans Of: Glassjaw, Baroness, Tool

White Pony/Black Stallion is released on December 11 via Reprise/Warner Records.

READ THIS: Deftones: An oral history of White Pony