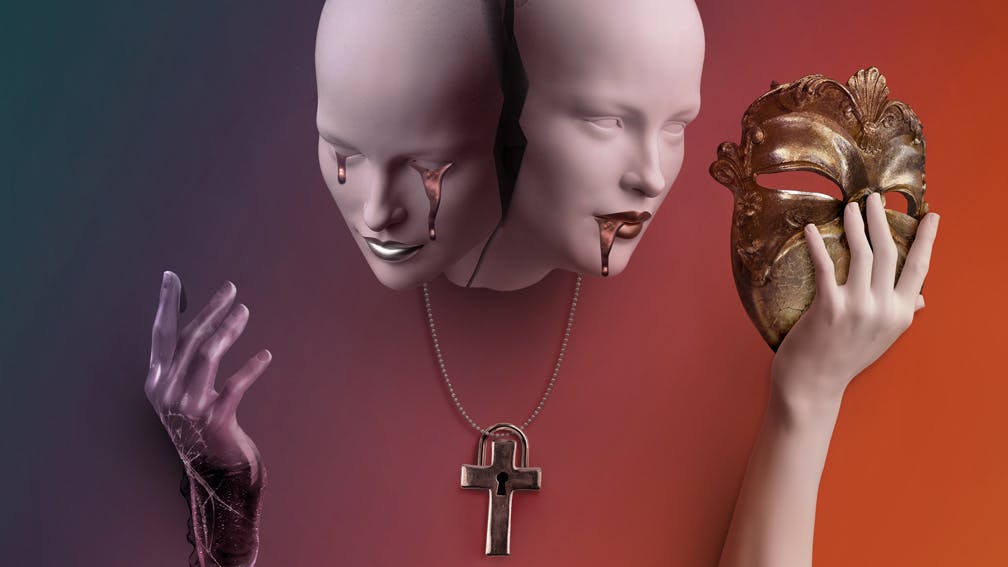 During the creation of Our Hell Is Right Here, punk quintet Drones had to cope with an array of obstacles thrown their way, from line-up changes and the effects of the coronavirus pandemic, all the way through to vocalist Lois McDougall’s experiences with divorce, grief and mental illness. In light of all that trauma, you’d have forgiven them for taking a step back, but instead Lois and co. have channeled life’s trials into a second full-length that sets an exciting standard for underground UK punk in 2021.

Drones are rampant from the outset, as opener Please Vacate The Planet demonstrates both their fiery brand of punk-rock and Lois' commanding presen. Punk music at its core this may be, but her vocals offer more than the aggressive yelping associated with the genre, with the material of Our Hell Is Right Here led by clean, composed singing that showcases her impressive range.

The musical backdrop is just as imposing. Emo-punk ripper Learn is an excellent moment, featuring some thrilling My Chemical Romance-esque guitars, while the vibrant Josephine sees Lois’ vocals and the playing of guitarists Tom Thain and Tim Kramer bounce off each other to thunderous effect. Acoustic number Listen, meanwhile, showcases the band's softer side, and proves a smart confirmation of their ability to stretch beyond a visceral punk sound.

Our Hell Is Right Here is a superb representation of the gritty resilience and sheer power that lies within Drones’ ranks. Having forged their music in a fiery hellscape, this band are now burning bright, and on this evidence, no-one will be able to douse their flame.

For Fans Of: Marmozets, My Chemical Romance, Rise Against

Our Hell Is Right Here is released on February 12 via Lockjaw.

READ THIS: 12 musicians who recorded songs under fake names