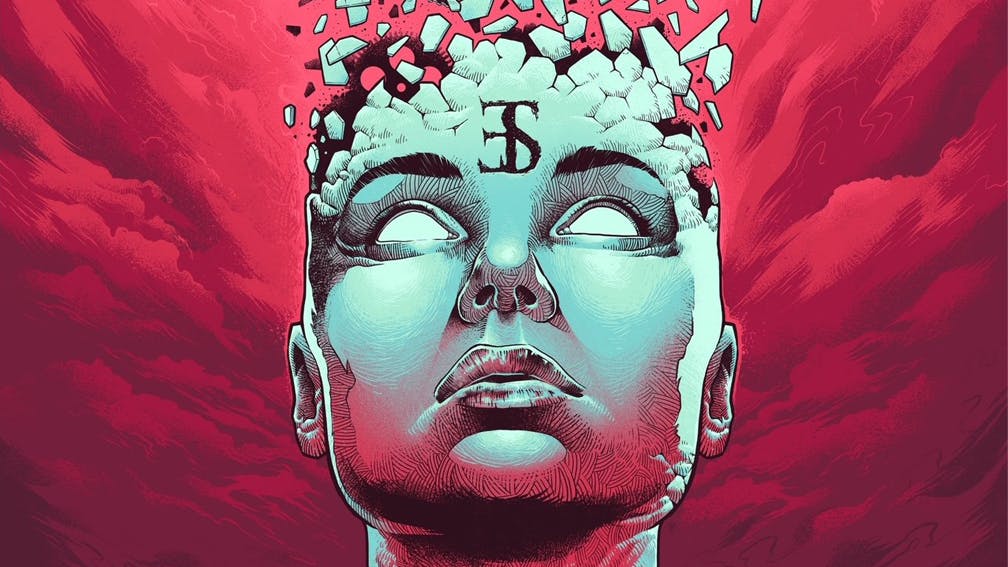 Life is fucked right now. But it’s vital – more than ever – that we celebrate the small victories as they come. That’s the message on the all-guns-blazing fourth album from Woking metal mainstays Employed To Serve. Core duo Justine Jones and Sammy Urwin have never shied away from life’s brutal realities – 2017’s The Warmth Of A Dying Sun and 2019’s Eternal Forward Motion verged on straight nihilism at times – but the 11 tracks on Conquering feel like a full-bore reassurance that things will get better.

It’s fitting. Humanity might have swerved right off the rocky road we were navigating and straight into the swamp since ETS’ last time out, but we are still here, throwing down harder than ever. And although three-fifths of the band have departed since then, too, new drummer Casey McHale, bassist Nathan Pryor, and guitarist David Porter slot in seamlessly, only increasing the broader unit’s laser-focus and serrated cutting edge.

Their eternal evolution continues apace, with the grindy metalcore of earlier releases now augmented by the bludgeoning death metal of outfits like Morbid Angel and Death, the deep grooves of Machine Head, and the loose-limbed thrash of Testament and Exodus. Key to this new blend working so effectively is Sammy’s increased vocal involvement, with his coherently throaty roar contrasting with and combusting against Justine’s more piercing screams.

There are riffs absolutely everywhere, too. Exist opens with a hardcore two-step that would do Terror proud, but expands into a busy, severe soundscape that could’ve come from Code Orange. The Mistake sets its potent anti-suicide message against a compellingly chaotic dark thrash soundscape. Mark Of The Grave is a snarling southern metal beast featuring clean vocals from Sammy that feels unlike anything they’ve done before.

Perhaps the highest praise we can give Conquering is that although this sounds like a different version of ETS (After the past two years, how could it not?), it is by no means a step down. As the album burns out with World-Ender’s flesh-stripping atmospherics, The Conquering’s combination of splashed acid and knuckleduster punch, then the crushing high drama and almost grungy atmospherics of epic, affirmative closer Stand Alone, you’ll struggle not to find your jaw agape all over again.

A staggering statement of endurance, diversity and sheer unbending power. Bow down to the kings.

Conquering is released on September 17 via Spinefarm.

READ THIS: Employed To Serve are putting British metal back on top