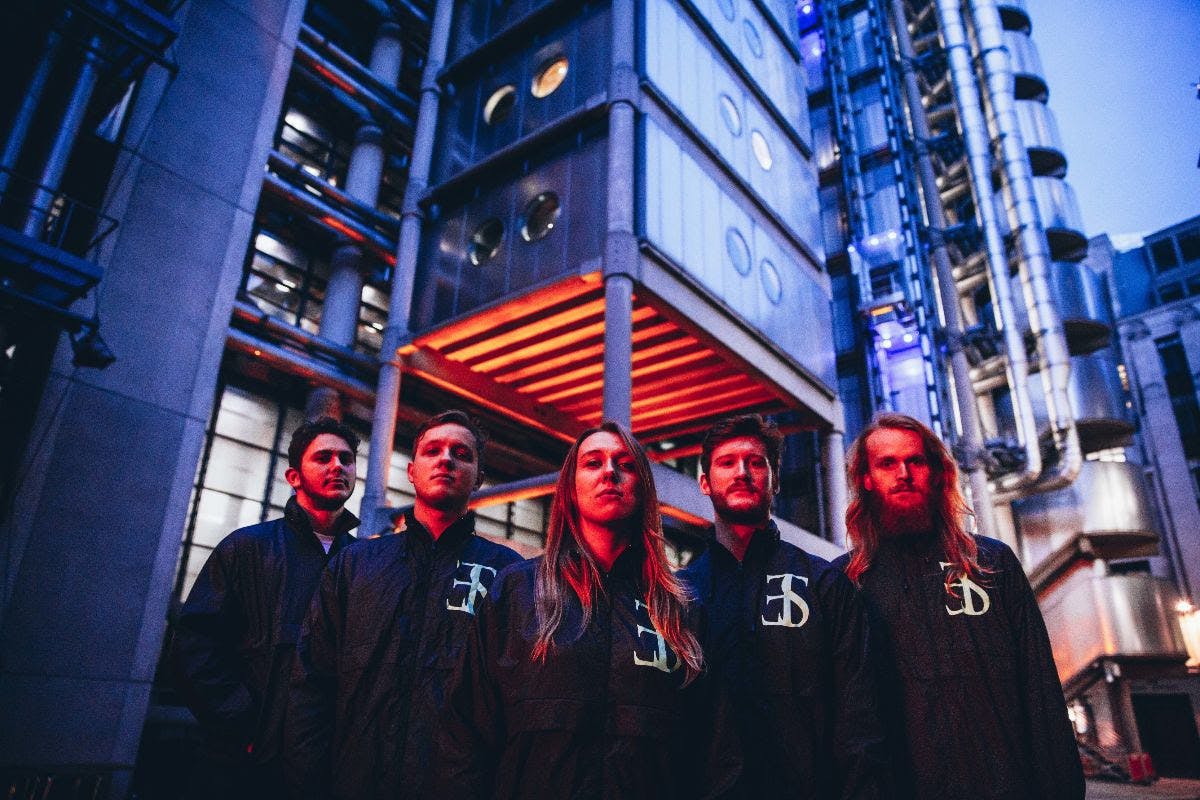 We’ve become a civilisation of dopamine addicts. Every few minutes, we stare at the rectangular object in our pocket, mindlessly tapping away in the hope of one more hit, one more like, one more heart from a stranger to sate our thirst for approval. Unsurprisingly, this isn’t sustainable or healthy – it’s a source of anger, confusion and depression. We need to snap out of this vicious cycle, this infinite scroll of terror. In furious fashion, Employed To Serve are grappling with this impending decline of society with poignant tales of mental health, the fakeness of social media and self-absorption.

As the jagged riff of the title-track kicks into gear, a tornado of metallic brutality tears its way through, bolstered by a deep groove and deadly swagger. The crunching guitars, the wretched screaming, the furious force, the frequent nu-metal grooves; this is aggression distilled into 40-plus minutes of metal designed to snap bones and spit blood.

On their last album, 2017’s The Warmth Of A Dying Sun (a record that was crowned Kerrang!’s Album Of The Year), Employed To Serve in part explored the idea of a quarter-life crisis. Things haven’t got much better on Eternal Forward Motion: it’s the sound of a pissed-off generation, the sonic response to a world where you can’t see what’s real behind a digital veneer, where it’s increasingly hard to just live. But instead of wallowing, the band are issuing a war cry – not feebly waving their middle fingers, but swinging fists, wielding the frenzied Beneath It All and hellacious Reality Filter as weapons of choice.

As with contemporaries Code Orange and Vein, there’s an air of early Slipknot permeating the record, filling almost any discernible breathing space with all-out aggression and unnerving rawness. At times the album sounds like it’s stuck on fast-forward, such is its ferocity and intensity, with drummer Robbie Back seemingly trying to punch a hole through his snare on Dull Ache Behind My Eyes.

The real high point, however, comes in the form of Harsh Truth, thanks to the ear-shattering power of Justine Jones’s voice. Backed by a Korn-esque guitar line, it finds the band tackling the topics of suicide and depression with an unflinching slab of heaviness. It may not be the most hectic song on the record, but its slower burn means it hits all the harder for it.

While Eternal Forward Motion is most definitely a record that sounds like it would spit in your face before punching you, this isn’t simply moping around. These lyrics have a very real meaning, written for the voiceless millions of disenfranchised youths, growing up into a shitshow of someone else’s making. From the exhausting cacophony of Owed Zero to the hook-laden violence of Force Fed, ETS refuse to babyproof anything. But after 10 tracks of brutality, things do climax on a light in the darkness, as the spacious clean vocals and shoegazing drone of Bare Bones Of A Blue Sky offer a relative counterpoint. Refusing to end on a dour note, the band remind us that, ‘There’s hope for tomorrow’. And while it does eventually swandive into a warzone, with Justine repeatedly screaming ‘Open your eyes’, this uplifting message is essential. The world is in a bad way right now, but here we see a generation awake and working towards a positive future.