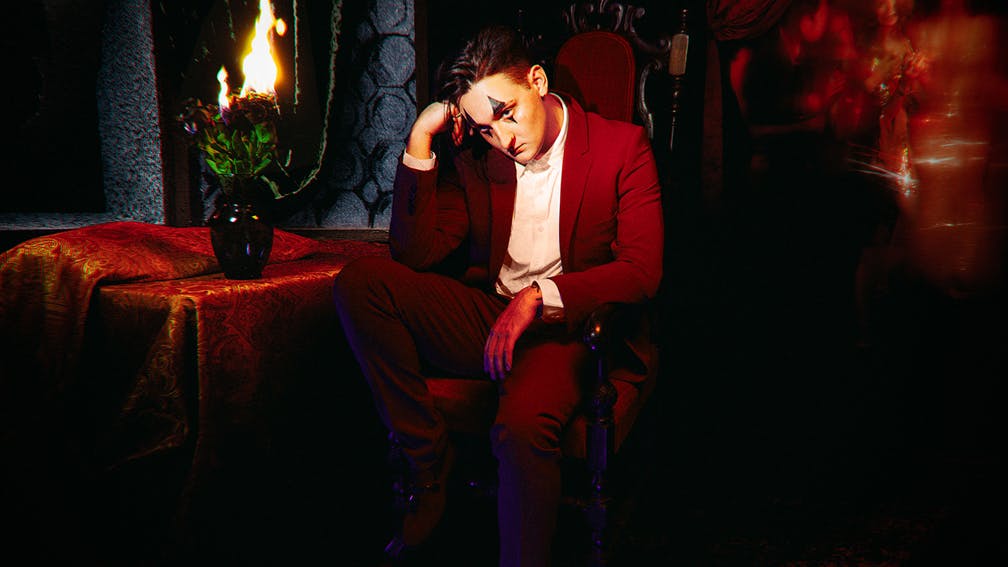 Morgan Murphy doesn’t crave stardom. The emo-rapper – who performs under the moniker guccihighwaters – describes himself as a shy individual who’s “always nervous to be in social situations”. Such traits perhaps explain why, rather than utilising his obvious knack for hip-hop and attempting a shot at mainstream success, the Irish-born, Long Island-residing rapper has chosen to lace his music in a shroud of darkness that echoes the late Lil Peep.

guccihighwaters’ sound is based in hip-hop, but he tips his hat to the emo world throughout joke’s on you. It isn’t a record for the emo purists – Morgan sounds nothing like My Chemical Romance or Hawthorne Heights, to the extent that the guitars on this album are often barely audible – but dig a little deeper into the lyrics and the overall ambience joke’s on you conjures, and there’s lots to enjoy for those willing to give guccihighwaters a chance.

He leans heavily on themes of heartbreak and sadness from the outset, with the likes of tragedy, sometimes and true 2 me all competent examples of sombre emo-rap that tugs at the heartstrings. Occasionally things can feel a little pedestrian, such as on rock bottom, but that song is salvaged by the appearance of nothing,nowhere., who adds some much needed gusto via his passionate vocal delivery.

There are more highs than lows, with the charming yet impactful sonic reflection of high school and the expertly crafted ebb and flow of lovesick – which features alt.pop up-and-comer ellise – demonstrating Morgan’s songwriting flair. It's a record that will undoubtedly split opinion when it comes to its emo credentials. But whatever genre you label the tunes, the music of guccihighwaters doesn’t joke around when it comes to conveying emotion in its rawest form.

joke's on you is out now via Epitaph.