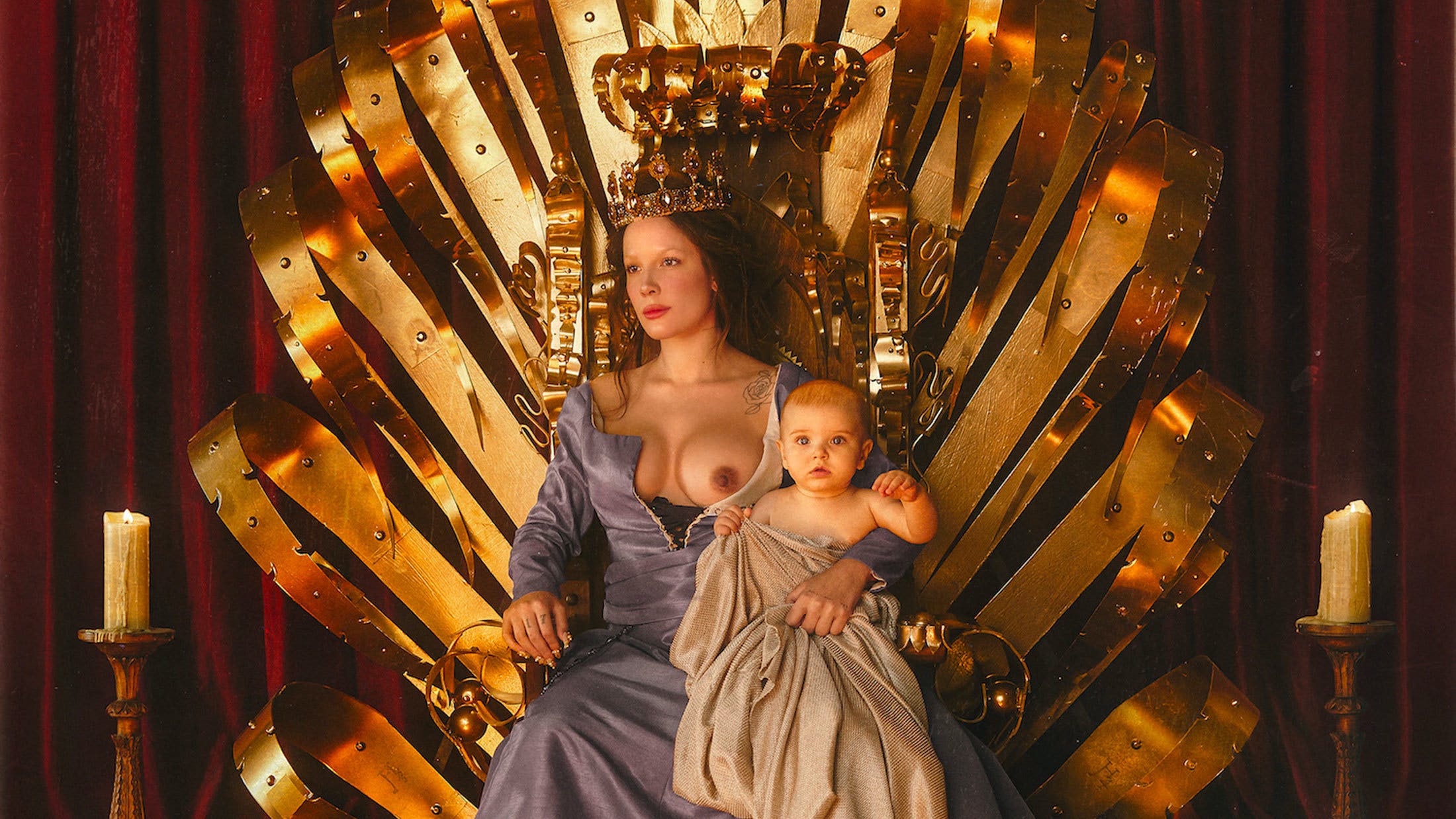 Since it was announced earlier this year that alt.pop star Halsey was making an album with Trent Reznor and Atticus Ross (y’know, the people who just won an Oscar for their film scores and also happen to be the brains behind industrial legends Nine Inch Nails), the world has waited with bated breath. Would Halsey go rock? Would it be some genre-exploding exercise in experimentalism? Would they remain defiantly pop but just with some dark, broody bits? Well, it’s all of that and more. And it’s brilliant.

Speaking to Zane Lowe on Apple Music 1, Halsey revealed they’ve been itching to work with the NIN duo for years: “I wanted really cinematic sort of, not horror specifically, but kind of just really unsettling production.” But it’s not just the production that’s seen a transformation, Trent and Atticus’ fingerprints are all over this album.

The sombre, piano-led opener The Tradition echoes the pair’s work on Bird Box, but with Halsey’s shimmering, pristine vocals soaring overhead. With so many tools and gizmos at their disposal, this is a masterclass in fragility, lyrically and sonically, stripping it all back, but with a driving, hypnotic power pushing forward.

The idea of pushing ever onward is woven into the fabric of the record: it glistens with redemption, rebellion and a deep, introspective reckoning of who Halsey – person and persona – actually is. This is not a pop record, nor should it be. This is the sound of creative freedom.

Written while pregnant with their first child, the album sleeve calls to mind images of the Virgin Mary with child, while sat on a golden throne – a nod to both the power and love of the album title. In fact, religious imagery is strewn across the record, not least in the pulsing Bells In Santa Fe’s ‘Jesus needed a three-day weekend to sort out his bullshit’.

For all the biblical bombast, however, it’s the tracks that lean into Halsey’s punk side where the record really comes alive. The high-energy, Easier Than Lying hurtles along, raging against a broken relationship, bolstered by fuzzed-up bass and pounding percussion. Similarly, honey (featuring none other than Dave Grohl on drums) sounds positively liberating; listen closely and you’ll hear the sound of loose shackles clanking on the floor.

But this is a record of evolving, juxtaposing moods and dynamics. As each track flows into another like a stream of consciousness, dissecting their past relationships – with others and themselves – Halsey embraces the recent post-grunge/shoegaze boom on You asked for this, evermore-era Taylor Swift on the plucky folk Darling, and swaggering, low-slung heaviness on The Lighthouse. Unsurprisingly, though, NIN’s electronic influence oozes out across the record, from the ’90s drum’n’bass bounce of Girl Is A Gun to the pulsating wooziness of Whisper, all adding layer upon layer of synthesised scenery to be explored.

In a world where pop and ‘mainstream music’ is becoming more and more beholden to releasing an endless string of singles, Halsey’s If I Can’t Have Love, I Want Power is an album best served whole. Sure, it’s packing some infectious, radio-ready choruses, but there is so much more to unpack, with each listen peeling back layers of heartache but also dexterity and adventure, and a much-needed sense of danger that their peers are lacking. As Halsey moves into a new chapter in their own life, so too does their music. And we are here for it.

If I Can’t Have Love, I Want Power is out now.