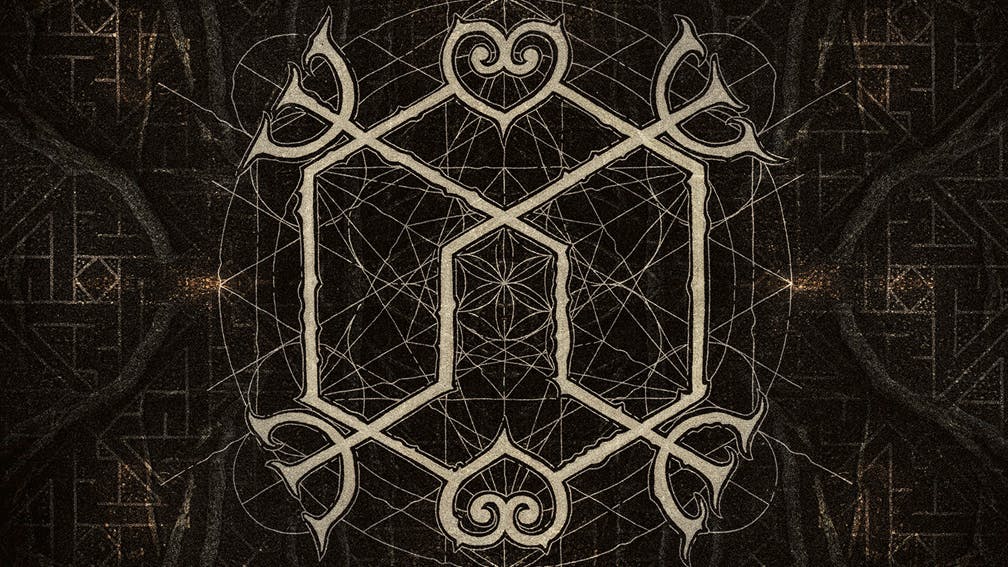 There is something brilliant in a musical collective as wilfully off-piste as Heilung finding themselves headlining a venue as spacious at the O2 Academy Brixton. Dealing in what they term "amplified history", the German-Danish-Norwegian collective's music is rooted in that of medieval Europe, with inspirations from ancient texts and inscriptions, operating somewhere near the roots of music. Through their use of old-old folk elements, throat singing, hypnotic rhythms, human bones as instruments, and a sense of ritual and splendour, they create a place far removed from the modern world, the spirit of black metal from a very different and more primal time.

As art, it is highly admirable. Heilung's dedication and attention to their craft is both expert and done with the great love and care such an undertaking deserves. Where it could so easily look like cosplay and sound like a cheap film score, there's a coldness and realness in Drif that gives it a sense of dignity. The landscapes are not of Tolkien, but the true wilds of nature, harsh and unforgiving. Where there is vast, glassy calm, there are also moments of animal intensity. If one delves into individual tracks, there is character and nuance to be found, but really Drif is the sort of thing best consumed whole, where you can feel the fullness of its atmospheres.

Watch as they turn Brixton into a garden of unearthly delights…

For fans of: Myrkur, Wardruna, Ulver

Drif is released on August 19 via Season Of Mist

“All individual musical parts, melodies and instruments – and even at times the lyrics – play the same both forward and backwards,” say Heilung of the third single from their upcoming album Drif.

How Paganism is influencing a new breed of heavy artist

From Heilung to Anna Von Hausswolff, we explore how Paganism and heavy music are working together…