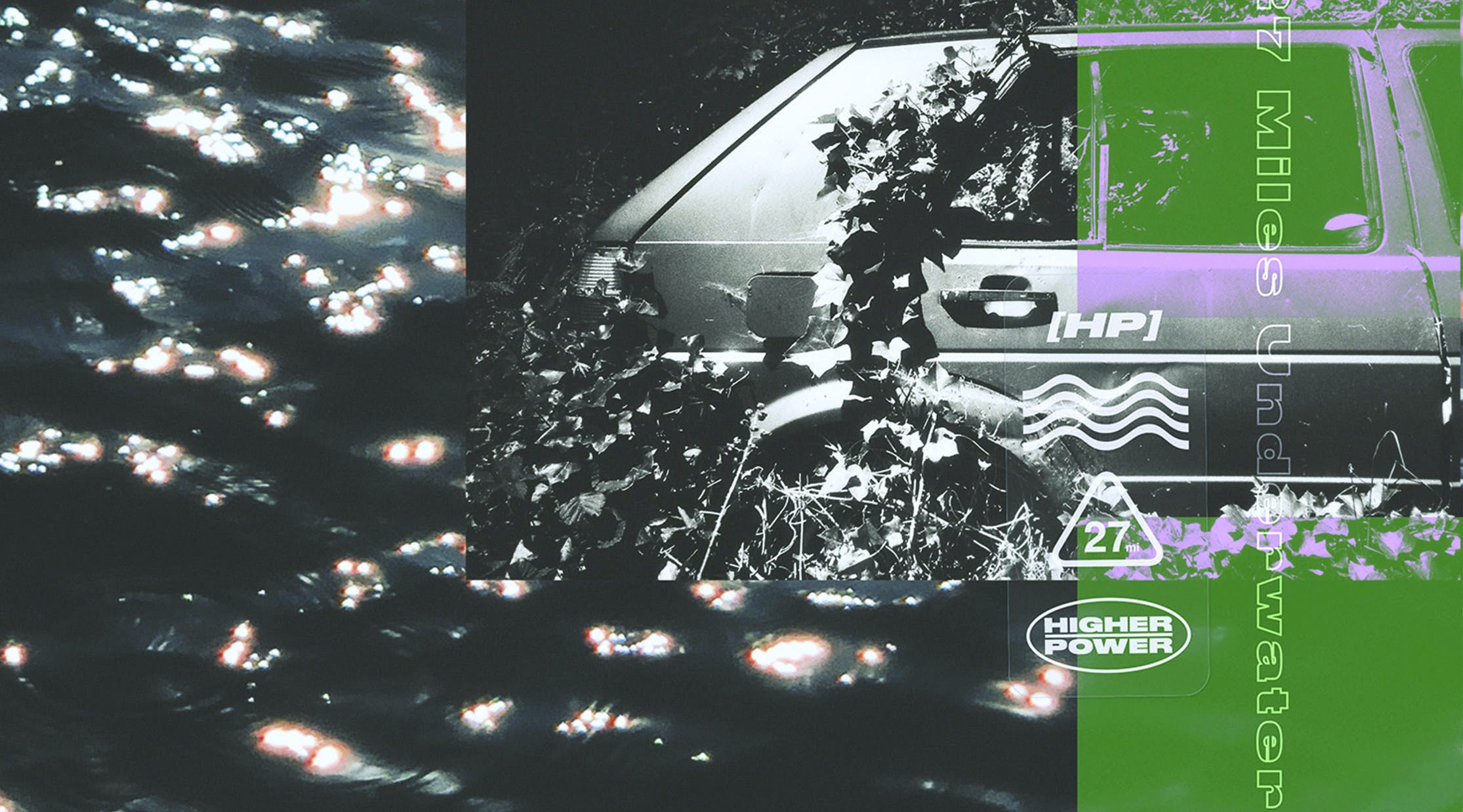 With great power comes great responsibility. It’s a lesson Leeds-based quintet Higher Power have taken on board ever since they emerged with their excellent Soul Structure debut in 2017. A record of propulsive hardcore par excellence, it sparked a level of excitement and interest in the band that lifted them up and saw them become genuine contenders. Seemingly hungry for something beyond these already-raised stakes, Higher Power have upped the ante even further on album number two. Not only is 27 Miles Underwater their first album for Roadrunner – the legendary heavy music powerhouse label that unleashed Slipknot, Machine Head, Sepultura and countless others upon the world – they’ve also joined forces with producer Gil Norton, knob-twiddler extraordinaire behind sacred records like Foo Fighters’ The Colour And The Shape and The Distillers’ Coral Fang. The results are explosive.

From the moment opening track Seamless switches gears from convulsing riffs to stirring alt.rock, it soon becomes clear why Higher Power are only reluctantly self-identifying as an outright hardcore band lately. Shedding Skin, for example, comes on like prime Glassjaw – all jagged guitars bracketed by harmonic plinking – before diffusing into a grungy dirge. Elsewhere, In The Meantime is a sublime acoustic ballad that explodes into anthemic grandeur halfway through, while the excellent Rewire (101) ticks along to the same melodic post-hardcore clock Funeral For A Friend used on Hours. Admittedly, once or twice they misstep, like the way the sedate intro of Self-Rendered: Lost skirts so closely to Alice In Chains’ classic Rooster that you can practically hear yellow legal paper rustling in Seattle. Yet even this has its upsides – such is the elasticity and breadth of Higher Power’s sound on 27 Miles Underwater, they could stand to count at least three different generations of rock fans as converts.

Alongside these formidable musical chops, the band also boast a genuinely arresting vocalist. Yes, the improbably named Jimmy Wizard serves up piercing screams, but more interesting is his use of airy melodies, particularly on Lost In Static. And that’s before we mention his lyrics. Things get pretty dark, with songs like Low Season casting him as a spectator of his own unravelling; more often than not, this is one particular Jimmy that feels like he’s getting eaten by the world. ‘I’m losing to myself more,’ he sings again and again towards the end of Passenger, as the song simmers down before one final, brilliant explosion. It’s a genuinely stunning moment: an ice-cold realisation working away amid all the burning noise surrounding it.

To say, then, that Higher Power have transcended their genre is to state the obvious (not that there’s anything wrong with just being a straight-up hardcore band). But the honest truth is that they are doing things here that few bands in any genre are really doing. Perhaps the best case in point is Staring At The Sun. Here we have a brilliant, bruising song… about a dog. And why the hell not? In a world full of identikit tunes, why not write about the stablising and therapeutic power of animals during times of emotional duress? It stands out. And so do the band that created it.

Such has been the level and speed of their growth and maturation here, it wouldn’t be surprising if Higher Power go on to make a better album than this next time they hit the studio. But as for making a more important one for their career? This will be incredibly tough to beat.

Finally! The K! Pit is (safely) back, with Leeds crew Higher Power launching the new series in style…

The K! Pit Returns On Tuesday With Higher Power

Our legendary, super-intimate gig series The K! Pit returns for a new run, in association with Nordic Spirit, kicking off with Leeds hardcore crew Higher Power