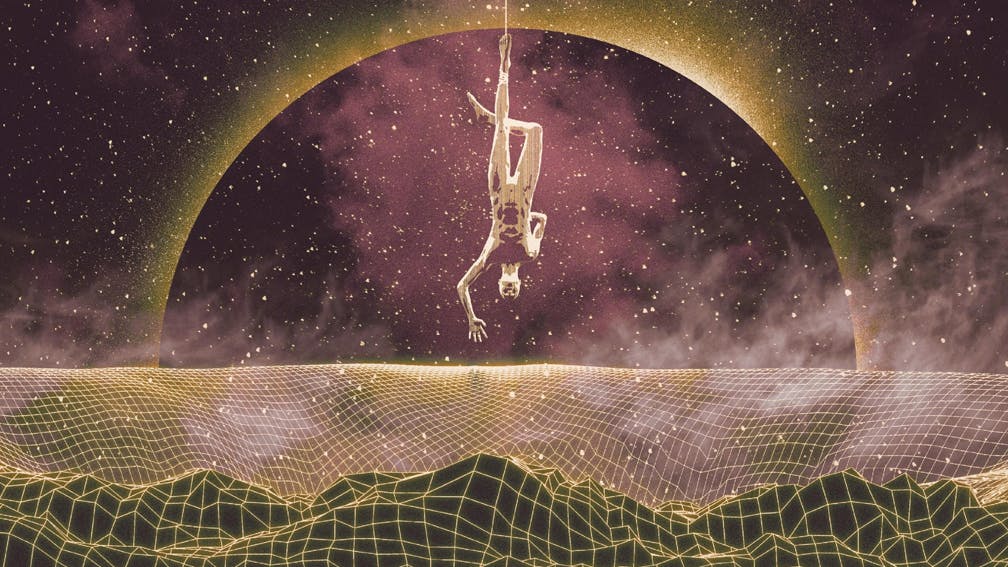 There have been a lot of collaborations and musical hook-ups in 2020, as touring activity and a lot of plans that musicians had with their day-job bands has been curtailed. In the normal course of events, Troy Sanders would have been marking Mastodon’s 20th anniversary. Instead he’s got to work with not one but two supergroups. Of these Killer Be Killed – also featuring Max Cavalera, former Dillinger Escape Plan frontman Greg Puciato and Converge drummer Ben Koller – have just put out their own collection of diverse and inventive but still relatively straightforward metallic bangers.

Gone Is Gone is a very different beast. Troy is joined here by Queens Of The Stone Age guitarist Troy Van Leeuwen, drummer Tony Hajjar of At The Drive-In and, tellingly, multi-instrumentalist Mike Zarin. Hajjar and Zarin both work a day-job composing movie and video game trailer soundtracks under the banner of Sencit Music and this project owes as much to that endeavour as the standard rock band format.

There are some fully formed rock songs on here, although even the riff-led Everything Is Wonderful and the infectious Death Of A Dream lean heavily on layered construction and atmosphere. Elsewhere there are tracks that would be better described as soundscapes than songs. There’s a dark sheen to most of it and an industrial edge to the beats. The group are certainly not afraid to experiment with a bit of noise where it’s appropriate but any outright aggression is strictly controlled. It’s a strange mix at times, with the more driving moments collapsing into compositions that sometimes seem to meander without any real resolution.

If Everything Happens… not always as compelling as you might hope but it’s never less than interesting and there’s a lot to discover within.

For Fans Of: Nine Inch Nails, A Perfect Circle, Mastodon

If Everything Happens For A Reason… Then Nothing Really Matters At All is released on Dec 5 via Clouds Hill.

READ THIS: "We’re Trying To Break The Mould": A Year In The Life Of Gone Is Gone, A Band Without Boundaries

"We’re Trying To Break The Mould": A Year In The Life Of Gone Is Gone, A Band Without Boundaries

After a tumultuous 12 months, Gone Is Gone are ready to release their second full-length record. We were there every step of the way…

Gone Is Gone Announce New Album, If Everything Happens For A Reason… Then Nothing Really Matters At All

Supergroup Gone Is Gone Have Shared A Brand-New Single, Everything Is Wonderfall

Mastodon/Queens Of The Stone Age supergroup Gone Is Gone have unleashed a huge new song.

Mastodon, QOTSA and At The Drive-In Members Reveal New Band