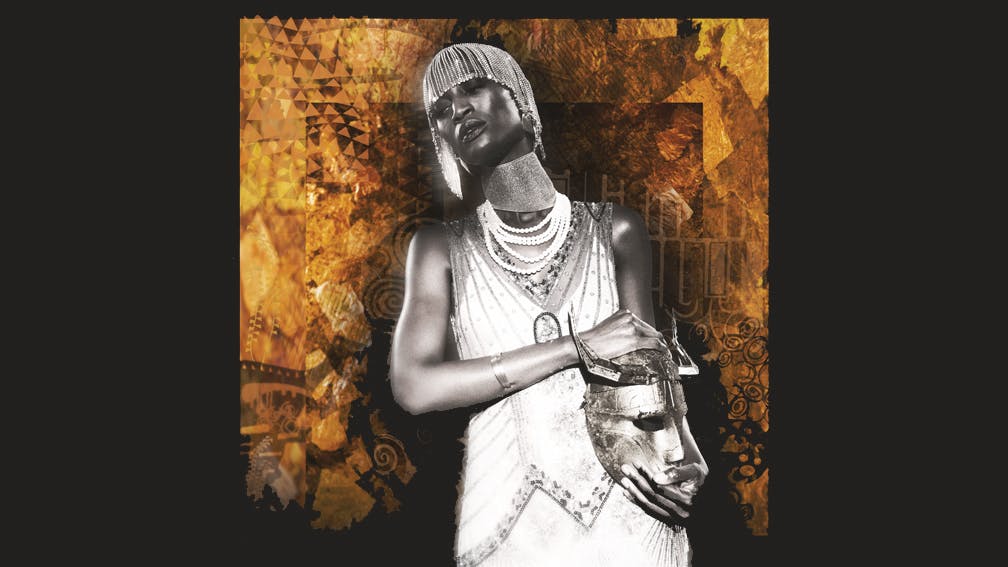 Where do you go to when your last album featured a barbershop quartet ushering in a twisted slab of metallic Atomic Age noise like an outtake from an X-rated piece of Fallout DLC? Easy: you recruit smooth jazz legend Kenny G to add saxophone licks to a song called Merkurius Gilded that sounds like a grandiose sci-fi rock opera bleeding into your ears through a rift to another dimension.

Imperial Triumphant have made a career of confounding conventions and unleashing the unusual, and Spirit Of Ecstasy continues that odyssey. Long-term fans might not have been quite so surprised by the Kenny G connection, considering his son Max Gorelick has contributed guitars to the band (and reappears here alongside his dad), but it’s still an unusual pairing. Other, more conventionally-unconventional guests, meanwhile, include Voivod frontman Snake, Alex Skolnick of Testament and Trey Spruance of Mr. Bungle, underlining the respect the masked New Yorkers are afforded by fellow noisemongers.

It's a respect they’ve earned by following their own path, which is what they very much continue to do here, as Chump Change kicks things off with a tumble of drums and discordant guitars. There are some more or less straightforward thrash riffs and a huge bass rumble to be heard, but they’re all submerged in an ocean of awkwardness. From there they stretch out at different tangents, bringing in shrieking black metal, polyrhythmic shifts, deliberately obtuse jazz patterns and anything else that grabs their passing fancy. Traditional songs are in short supply, but eerie soundscapes and clashing, challenging slabs of noise they have in abundance.

Spirit Of Ecstasy certainly isn’t an easy listen. There are moments where it seems like they’re trying a little too hard to be different for confrontation’s own sake, but the album succeeds in its own lack of boundaries and utter refusal to compromise.

Spirit of Ecstasy is released on July 22 via Century Media

“This is challenging music, but there is reward in that”: How Imperial Triumphant tapped into the Spirit Of Ecstasy

When it came to building on their 2020 breakthrough, New York jazz-metal maximalists Imperial Triumphant had no shortage of inspiration. Rather than steering towards anything resembling the mainstream, though, with superb fifth album Spirit Of Ecstasy they’ve delved into even more luxuriant extremity than ever before…

Maddening black metal/jazz, drenched in gold with an obsession for New York City. Imperial Triumphant are either genius or absolutely bonkers...

The experimental kvltists will visit Europe for the first time this April.