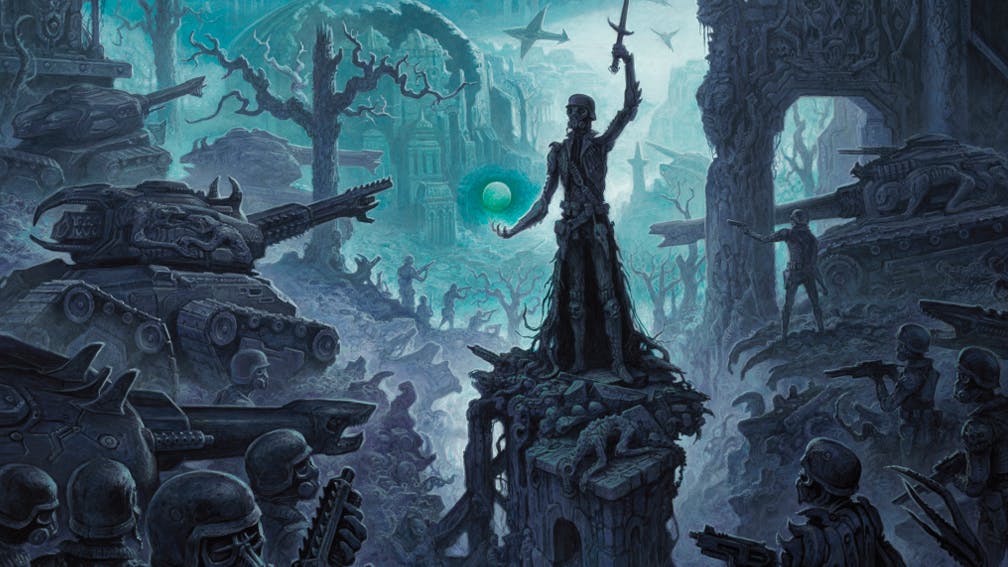 The UK has a fertile though mostly underground death metal scene, but a few names have definitively transcended the trenches. One such unit are Birmingham quartet Memoriam, featuring former Bolt Thrower singer Karl Willetts. With a fearsome workrate that saw them dropping three albums between 2017 and 2019, making it clear that they mean business, now they return with another powerful statement, the truly epic To The End.

Having always wielded a sound rooted very much in the new school of death metal, fans have come to know what to expect, and they've constantly delivered the goods, but this time around they have taken the time to experiment and explore new avenues, making for a more varied and textured collection. That they have a new drummer in their ranks has further boosted their capacity for destruction, and Karl sounds even more thirsty for blood than usual, his coarse roar scything through the sonic violence.

Though they spend plenty of time in high gear, they are at their best when they slow things down. This is made clear from the outset with the gigantic, lumbering brute that is Onwards Into Battle, which steamrollers its way through everything in their path. Even slower – and drenched in a strong doom influence that suits them well – is the titanic Each Step (One Closer To The Grave), which is as ugly as it gets. There’s also no denying the hulking power of the more melodic, coiling and clawing closing track As My Heart Grows Cold, and taken altogether this makes for mostly compelling listening that positions the band if not at the forefront of the genre biting at the heels of those before them.

To The End is out now via Reaper.

READ THIS: The 15 greatest death metal albums of the ’90s