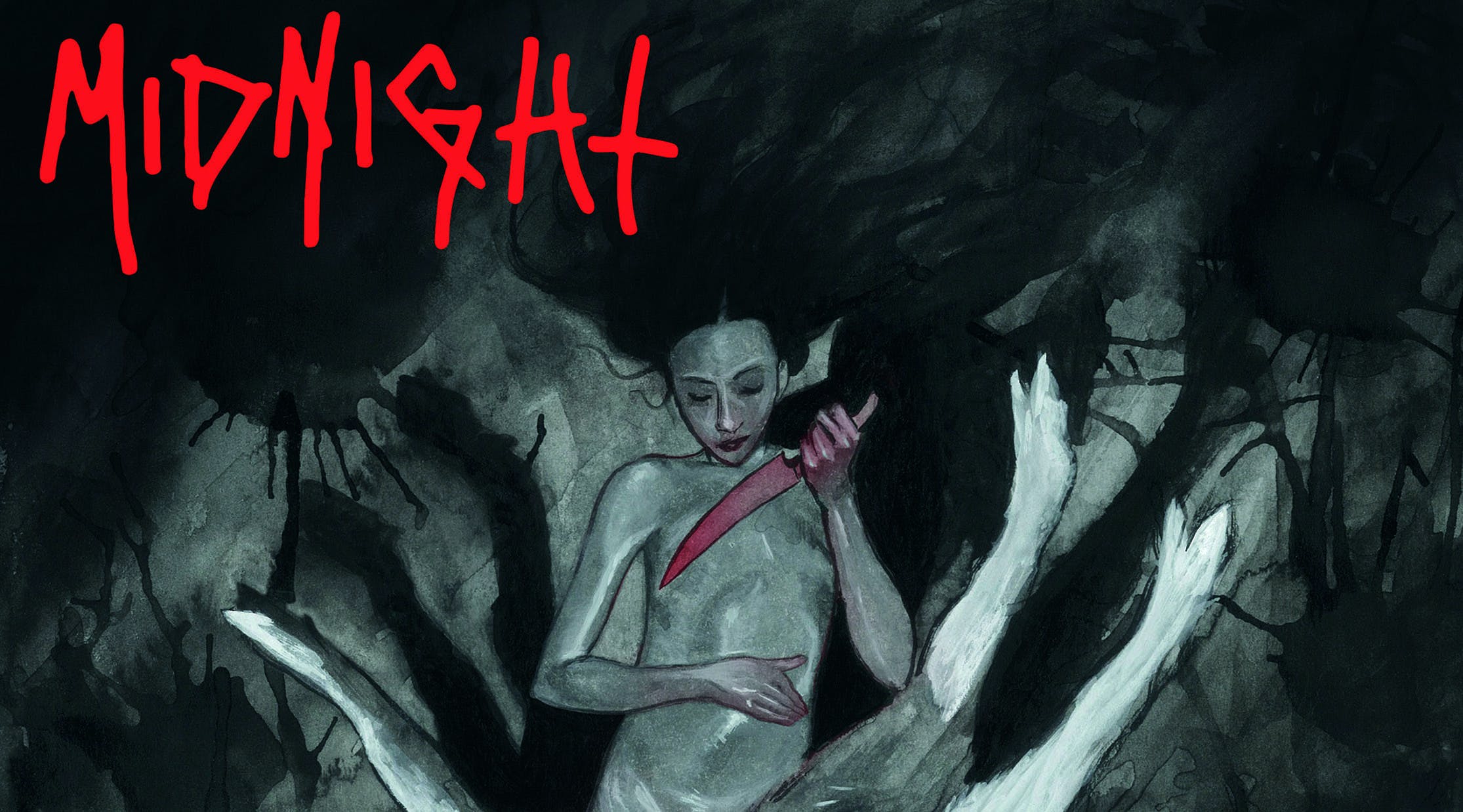 To hear Midnight is to hear metal – black, thrash, speed or whatever else you’d try to dub them – in its most gloriously primal, unreconstructed, unpretentious form. There are no misunderstood, hastily-Googled occult symbols here, no pretending to be adepts of ancient magic written in dead languages, a distinct lack of frills of any kind. And while one might be tempted to draw comparison to fellow hooded members of the metal underground – Batushka, Portal, Mgła – the Ohio reprobates’ whole thing is more like a gnarly ‘70s bike gang flick than esoteric mysticism. Why bother wasting time fucking about with all that sort of thing when you can raise Hell by celebrating the glory of whisky, volume and shagging like Venom did when they birthed black metal? That’s probably more The Devil’s bag, anyway.

Picking up those Geordie terrors’ blazing torch, Rebirth By Blasphemy is a frenzied charge towards the finish line with no thought as to what might actually be there. Take wild-eyed opener Fucking Speed And Darkness, a song every bit as joyous as it is, aptly, speedy and dark. It’s like Motörhead and Satan driving around in a souped-up V8, laughing and giving the finger to those who think this stuff should be all about gloom and misery. The unbridled rock’n’roll spirit that bleeds through the title-track and You Can Drag Me Through Fire pours petrol on every riff, and mainman Athenar’s declaration of love for ‘50s cats like Elvis and Eddie ‘Summertime Blues’ Cochran shines as brightly as the flames from his bass. And, fucking hell, can they write a catchy but fist-in-the-face chorus.

It’s this energy, this vitality, that makes Rebirth By Blasphemy such a riot. In fact, the utter middle-fingered defiance that surges through Escape The Grave as Athenar screams, ‘Fight the urge to sink in your tomb / Never be buried alive‘ swells with the sort of incandescent power that you simply can’t help but be riled up by.

That Midnight do all this with a level of genuine cool and class means that even a song with such a nakedly stupid title as Devil’s Excrement is killer. It’s expertly done punk-metal for the caveman bit of your brain. It’s the record you wish Beavis And Butt-Head were still around to hear. Relentless, heart-racing and exhilarating, this is an album that simply rages with burning, cartoonishly evil excitement that’s a dark joy to behold. When Midnight strike, they strike harder than Satan himself.

The Underground Sounds Of America: Midnight

Cleveland’s premiere sleaze-metal act would rather bang than slay.