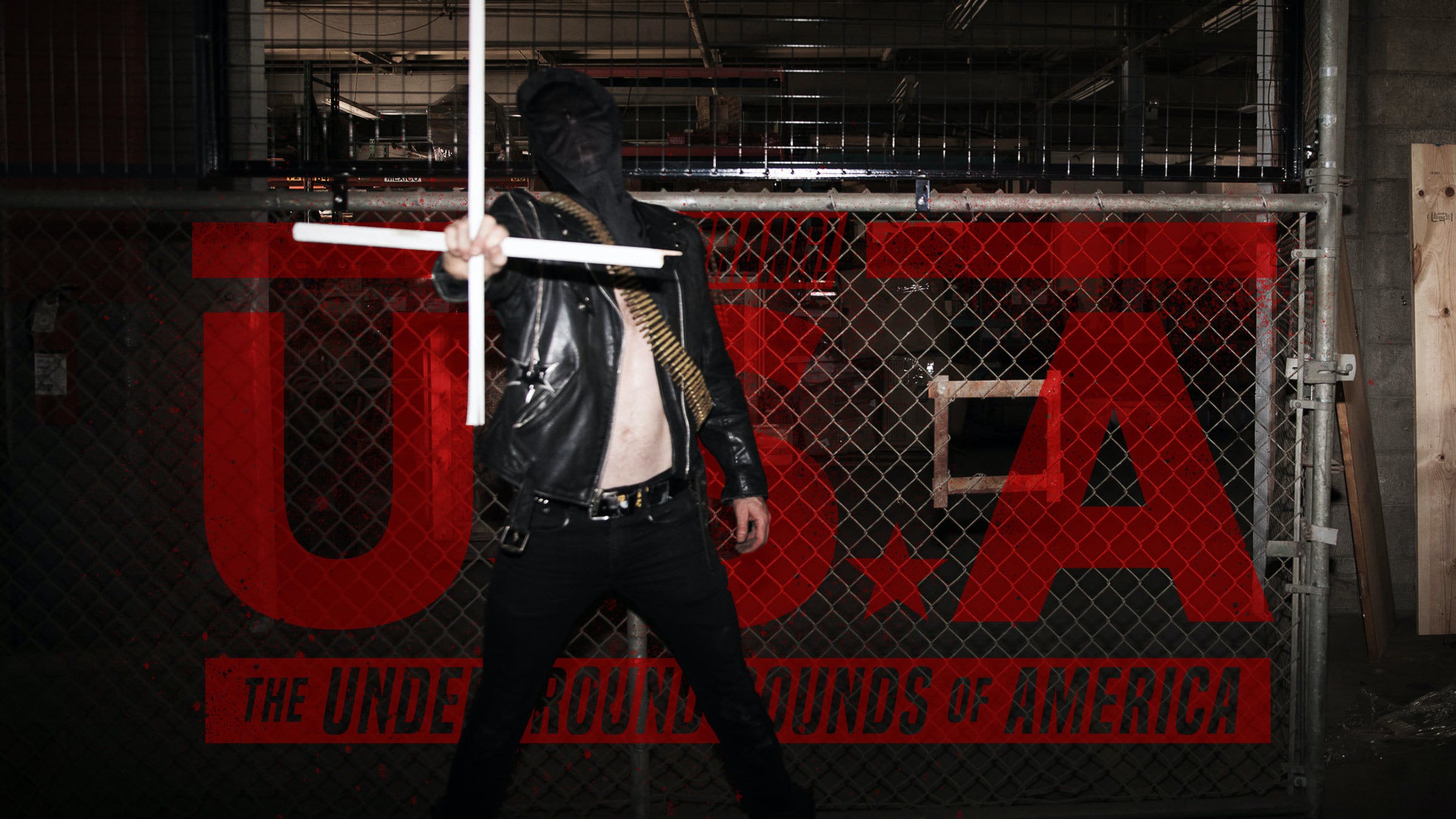 If the world were an ‘80s movie, the only band out there would be Midnight. Dressed in black hoods and bullet belts, the Ohio-based speed metal trio perform galloping lo-fi anthems to flashing switchblades, wearing chains, lurking around alleys, and bedding dangerous women -- all the things parents believed heavy metal was about during the great Satanic Panic. That cutthroat approach and ownership of old-school tropes elevated them to underground acclaim on 2012’s Satanic Royalty, and has made them a favorite of grinning degenerates from all corners of extreme music.

Sadly, Midnight don’t live in the apocalyptic wasteland of Heavy Metal Magazine, but they come from the real-world equivalent: Cleveland.

“Being a Clevelander, you’ve already got a couple of pegs against you,” says frontman Athenar. “There’s just a bit to prove, I guess. But also being from Cleveland, the whole attitude has always been that it doesn’t matter if you’re into music or not, you are who you are, get over it, you like me or you don’t. Ohio in general, yeah, but Cleveland’s always been the brunt of jokes, the Mistake On The Lake, the river on fire.”

That born-to-lose vibe has been a mainstay of Midnight’s sound, and is rampant on their upcoming new album Rebirth By Blasphemy, the bands Metal Blade debut. The title feels like a shout-out to the record’s pace and atmosphere -- where 2017’s Sweet Death And Ecstasy was mid-paced and angular in much of its approach, Rebirth is a return to form, charging headfirst into the fray with ten tracks about morbidity, perversion, and everything else your mother warned you about. According to Athenar, the change, like the subject of many of his band’s songs, was more about animal instinct than anything else.

“It’s the same, but it’s different,” says Athenar. “It definitely just happens, but there was some slight intent there to trim off all fat. Five songs, five songs -- side A, side B. It just came out, but fortunately it just came out in the way that I intended. I think something cool on this one is the track You Can Drag Me Through Fire -- it’s a triumphant bastard. It’s got a bit of pop in disguise of a mutant creature. And then there’s Rising Scum, which isn’t your typical galloping track.”

With the leather strapped on and loins aflame, we chatted with Athenar about the filthy beliefs behind this complete and total Midnight.

1) Who would you say are Midnight’s five greatest musical influences?

The obvious ones would be Venom and Motörhead. The overall attitude of the way we do things, I’d say, would be the Stooges. And there’s just the hugeness of it, that’s KISS. And that leaves one more...musically, there’s a Hellhammer/Discharge/Celtic Frost. So I’d say pick one of those three.

2) If you had to play a newcomer one Midnight song to introduce them to the band, what would it be and why?

There are so many terrible ones to choose from...You Can’t Stop Steel is a good one, it’s got a good chorus...but I’ll say All Hail Hell, because it’s the first one off of our first release.

3) Since Satanic Royalty, Midnight has kept an upward trajectory, not just for retro metalheads but for listeners from all walks of life. In your mind, what has made this band so effective?

It’s hard for me to say, because it’s like a parent saying, ‘My kid’s the best at baseball!’ Which they’re not -- they obviously suck at baseball. Same goes for me -- it’s not about how many people like the band. That wasn’t the reason why I started the band. Not just Sodom and Destruction fans like it -- you’ve got hipsters, the jean-jacket crowd, punkers, scumbags, and music nerds in general.

4) So many metal bands sing all about violence -- for Midnight, it seems like lust is the most important Seventh Sin. Why focus so heavily on sex as a subject?

It’s a topic that just comes naturally for me. I’m not a violent person, but it is nice to have...some thoughts. I don’t think there’s anything too wrong with lust. It’s what I’ve seen in Europe -- they would much rather their children see a set of breasts than somebody’s head getting cut off. In the States, everyone’s like, ‘Look, that woman’s taking her top off!’ But you can watch someone get shot on TV. That’s how I raised -- there’s nothing wrong with...humans!

5) You’ve never updated your logo or had Mark Riddick redo it -- it’s always been a Sharpee scrawl. How’d that come about, and why stick with it?

That’s how I write. My buddy just took my serial killer scribble and slightly defined it. It’s funny you mention it, because I’m sure you’ve seen that every sports bar that has a heavy metal karaoke night, they use the Iron Maiden font. And I don’t think Iron Maiden owns that font. So I’m looking into getting a Midnight font. Who knows? Someday, there’ll be a ‘Sleaze Rock Night’.

Midnight's Rebirth By Blasphemy comes out January 24, 2020, from Metal Blade, and is available for preorder.

READ THIS: 10 of the most believably satanic bands