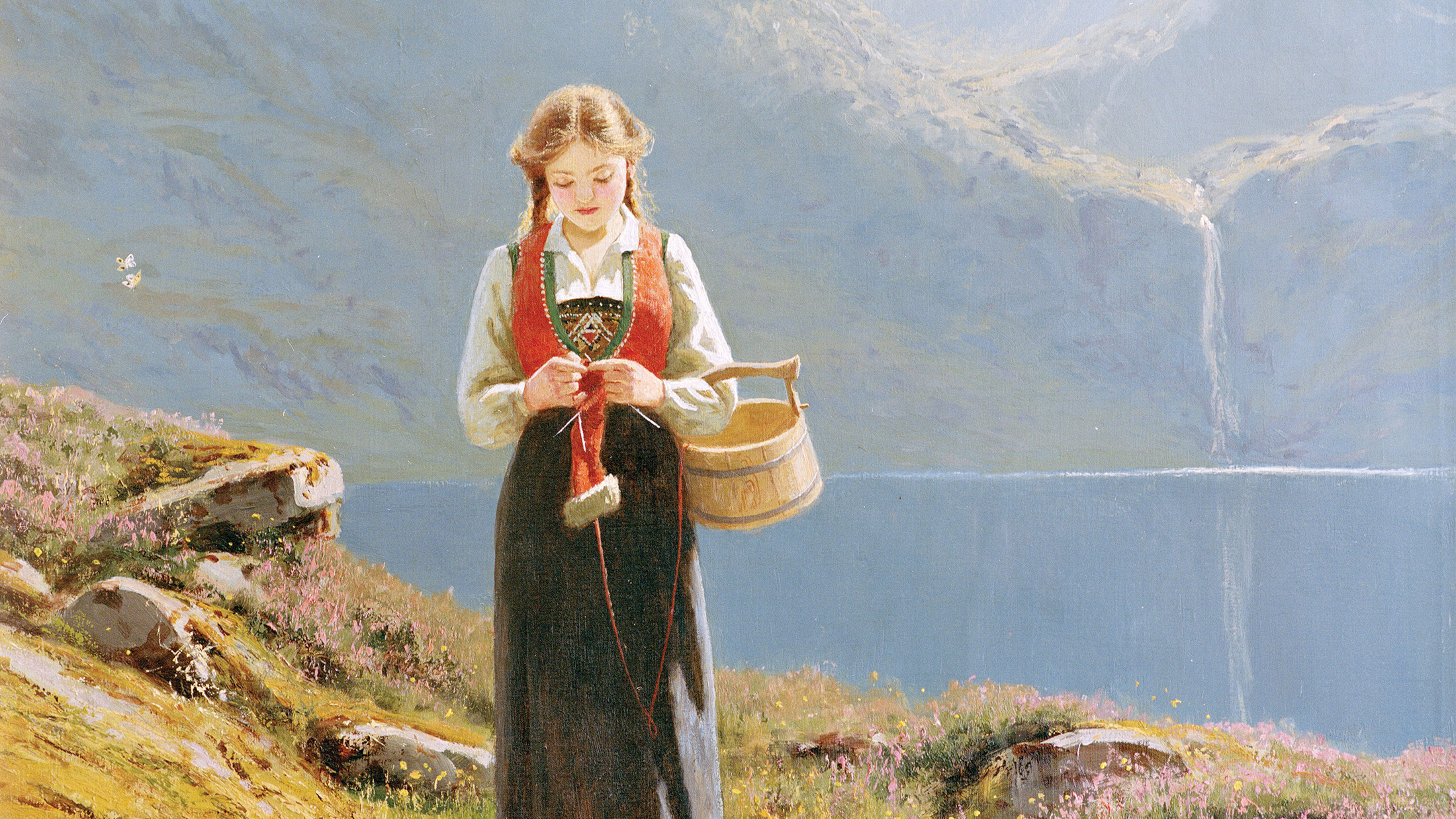 It was only a matter of time before Amalie Bruun went the whole hog and released an entirely folk album. Such things are not altogether uncommon in black metal anyway, with Ulver’s Kveldssanger and Winterfylleth’s The Hallowing Of Heirdom both finding their creators operating completely acoustically, crafting songs from the traditional music of their respective Norwegian and English homelands. And Myrkur have never really sat in the genre’s inner ring, anyway, with Amalie forging away in her own bubble, in which doing things like jamming with Smashing Pumpkins is more of a natural fit than it may at first seem. Mostly, though, this stuff has always presented itself in her music, hiding in the blasting shrieks that made up her M debut, while folky interludes peppered 2017’s superb Mareridt.

Folkesange finds Amalie picking up this thread and following it to its conclusion. It’s not a ditching of the icy coldness of her metal material, but the showing of a different side of her musical personality. And as with every Myrkur release to date, there’s something to Folkesange that is intrinsically linked to the grandeur of rural Scandinavia, and the invocation of an older time. Even without a roar of black metal thunder, working with Christopher Juul of Danish/Norwegian/German traditional folk collective Heilung, songs like Ella and the piano-led Leaves Of Yggdrasil take you to a similar place to previous heavy cuts like Måneblôt, only this time bathed in the sunlight of spring, rather than frozen night. Among the calmness of the acoustic instruments, Amalie sounds absolutely immense, her bold, beautiful voice pouring otherworldly soul into Svea and Tor i Helheim.

If the slightly studio-y sound of these tracks can feel rather less than olde worlde, the fireside strum of Harpens Kraft is satisfyingly medieval, as is the picked lyre and bold cello of Reiar. It’s in these moments that Folkesange is at its best, where it most convincingly touches on the past to which it points. And throughout, it shows that regardless of the filter through which it is performed, a sense of stark vastness can’t help but ripple through Myrkur’s music – whether that’s as a terrible, imposing isolation or, as here, as something to bathe in and drink the welcoming beauty of.

Across 12 tracks, it does get a little samey, but then again, individual songs aren’t the entire point here. This is a record that creates an atmosphere around itself, a world of its own, without sounding twee or like something from a real ale festival. A curio, maybe, but a heartfelt and skilfully realised one from a genuinely unique artist.

Into The Void: How Myrkur And Zeal & Ardor Are Changing Black Metal

Black metal has a rich and storied history, but that doesn’t mean it’s yesterday’s news. Zeal & Ardor and Myrkur are just two acts leading the charge of the new breed. They’re two very different artists, but both are determined to broaden minds and horizons to help create a bright future for music’s darkest genre…