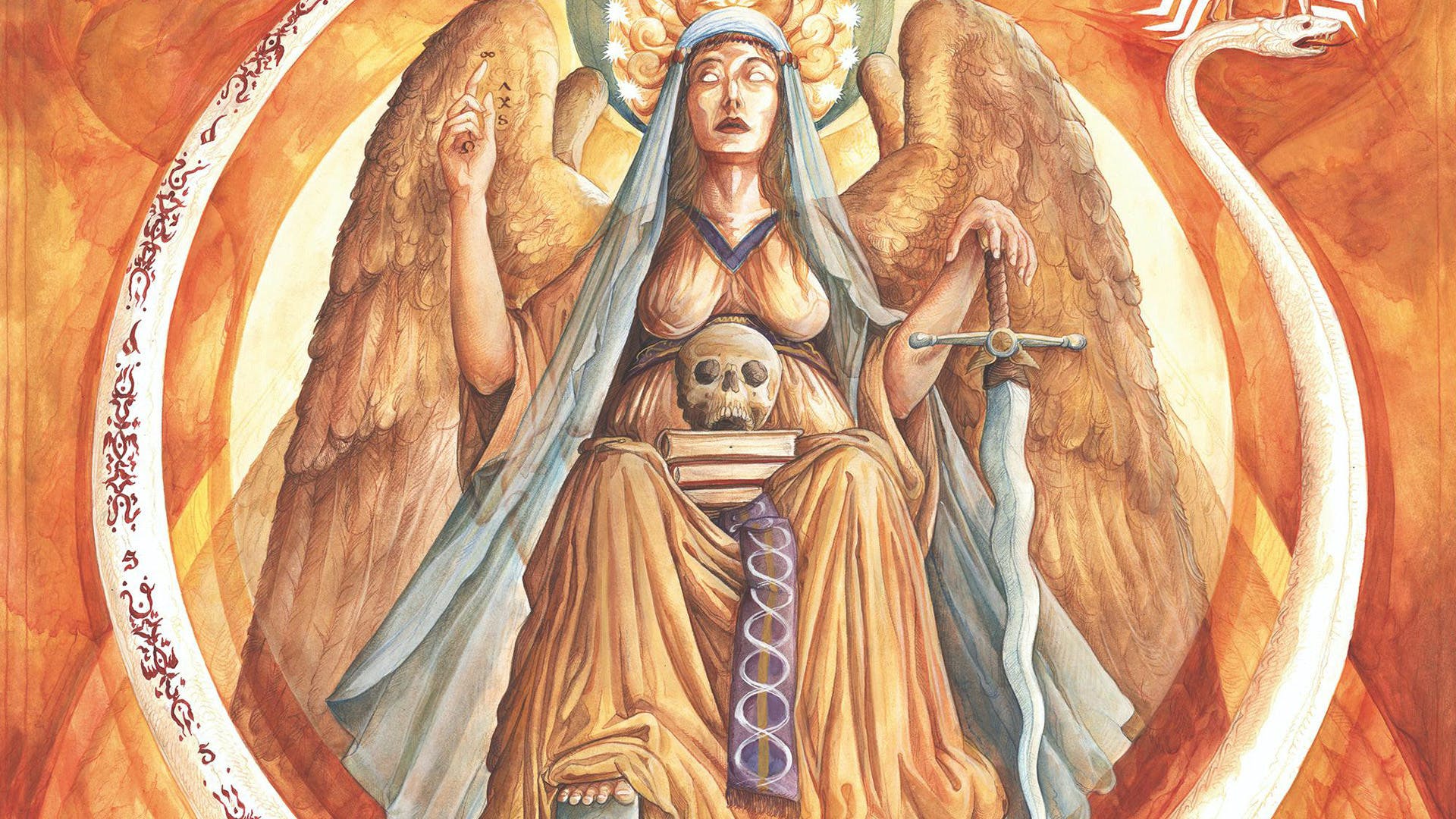 Slægt have never made a secret of their dark methodology. With a name that translates from Danish literally as “lineage”, the Copenhagen collective thrive on distilling favourite elements from their forbears in heavy music. Back when frontman Asrok was the sole member, it was all about the raw hatred of ’90s black metal. As they’ve expanded into a four-piece, however, so too has their sound to incorporate the swashbuckle and swagger of the NWOBHM.

Embracing the esotericism of that retro-revivalist blend while maintaining a zero-fat focus on raising horns and banging heads, fourth album Goddess is their most compelling to date.

It still takes a little navigation to find your way in, mind. Head-spinning opener Deceived By An Amethyst blends proggy mysticism and gravelly blackened-death across its six-and-a-bit-minute sprawl, while dropping lyrics like, ‘The mother of all birds created a ruse with cardinal gems.’

Kissed By A Knife follows with a whiplash shift into thrashing riffage and unapologetically widdly six-strings, unfolding its high-octane ode to bloodletting with maniac fervour. Then the even more epic Hunt Again gallops through, packing the fire and frostbite of classic black’n’roll along with enough air guitar-worthy pyrotechnics to get whole festival fields shredding. Once you’re under its spell, Goddess will not let you go.

Delivered with lo-fi authenticity and, kept to just six tracks, far more interested in depth than length, this is a record made for re-listening, ideally spun to death on a tape deck or turntable rather than some cold streaming service. The brilliant Fealty, Thunder Whip swirls with proto-metal trippiness. Tellingly-titled organ interlude Stabat Bloody Stabat entrances further still. By the time the spectacular 660-second title-track unfurls like Iron Maiden under the influence of the demon Pazuzu, it’s clear that while Slægt might not be interested reinventing the wheel, but they’ll happily keep it greased with blood and beer for generations to come.

For fans of: Tribulation, Grave Miasma, In Solitude

Goddess is released on March 18 via Century Media