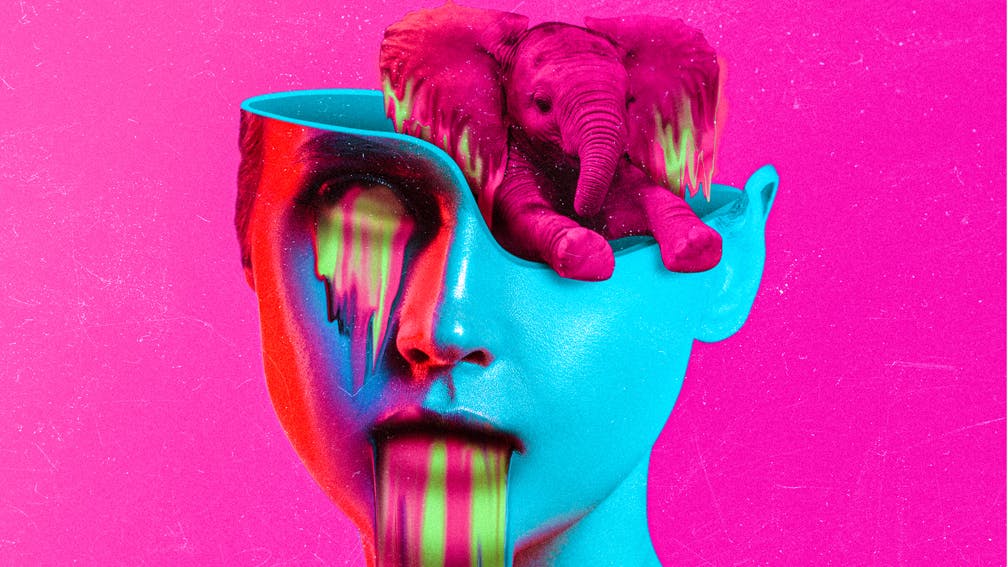 Stand Atlantic have been steadily climbing the pop-punk ranks since their formation eight years ago. After breakthrough EP Sidewinder showcased the Sydney natives’ raw potential, their 2018 debut full-length, Skinny Dipping, pushed them to the forefront of the pop-punk scene, demonstrating their knack for penning catchy anthems (Lavender Bones) and introspective ballads (Toothpick) alike. Two years on, and following tours with heavy hitters Neck Deep, ONE OK ROCK and State Champs, Stand Atlantic have returned with Pink Elephant, a feel-good collection of pop-punk songs which are, for the most part, a confident and coherent representation of their developing sound.

Storming out of the gate with an irresistible earworm in the form of Like That, Stand Atlantic deliver a peppy dose of power-pop which showcases the band at their clean-cut best. It’s followed by Shh!, another track that’s up there with the quartet’s finest ever material. Clocking in at just over two-and-a-half minutes, it’s a short, sharp burst of passion that strikes a fine balance between pop sensibility and rock edge, and one that finds singer Bonnie Fraser in fiery form.

The rest of Pink Elephant is, like Skinny Dipping before it, a competent offering of well-crafted poppy rock songs, albeit with the odd dud thrown in. By and large, Stand Atlantic are at their best on this record when the energy levels are high, something evidenced by the likes of Eviligo, DWYW and the sunny rocker that is Soap. In contrast, forgettable electro-pop number Silk & Satin could do with a big injection of vitality, while middle-of-the-road rockers Blurry and Jurassic Park feel a little too functional and lacking in bite.

There is, however, one significant exception to this, in Pink Elephant’s sole out-and-out ballad, Drink To Drown. Here, Stand Atlantic slow things right down, building a gorgeous song around Bonnie’s earnest and confessional lyrics. Set to the backdrop of a piano and accentuated by strings, this track finds her admitting, ‘I should know better but I don’t, so I drink to drown.’ It’s powerful stuff, and demonstrative of how the band have managed to somewhat separate themselves from the more generic groups that exist within the pop-punk world.

Saving the best of Pink Elephant’s faster-paced songs for last, Stand Atlantic bring things to a sugar-rushed, euphoric conclusion with Hate Me (Sometimes), a buoyant track which has the potential duke it out with fan-favourite Coffee At Midnight for the title of set highlight whenever its creators next take to the stage.

Building on the solid foundations laid down with records prior, on the many occasions that Pink Elephant works, it’s a blast to hear. And even though it’s far from a perfect album, when it comes to easy-on-the-ear pop-punk, there remain few bands in the current crop who do it better than Stand Atlantic.

For fans Of: All Time Low, Neck Deep, Tonight Alive

Pink Elephant is released on August 7 via Hopeless Records – pre-order/pre-save your copy now.

READ THIS: The 11 most underrated pop-punk songs of the 2000s