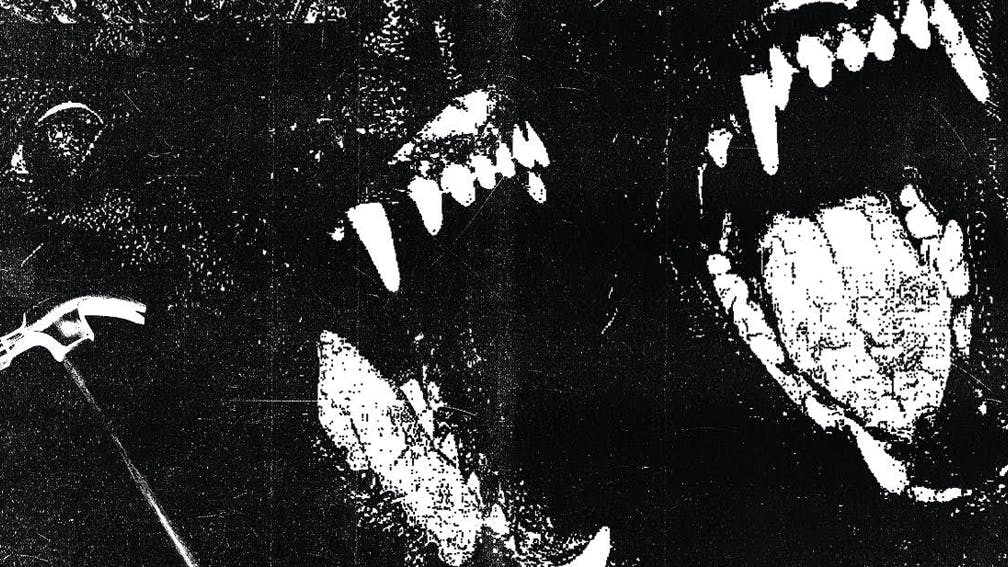 Life in 2022’s a bit shit, isn’t it? The planet is burning to death, the cost of living crisis has taken a bite out of everyone’s finances, and governments worldwide are sliding further and further to the right. As grim as this is, however, it means that hardcore heroes Stick To Your Guns are emerging from the woodwork at a time where they are needed most with their first album in five years. As with any record the Californians put their name to, Spectre is more than just a riff-fueled cathartic blast – it’s both astute in its commentary and revitalizing in its mood, brimming with the energy that could lift even the most desperate soul off their knees.

STYG’s seventh record is, naturally, full of mosh-worthy moments sweetened by rousing choruses - early highlight Weapon emerges with galloping rhythms and all the 'whoa-oh's you could possibly want, and if that’s somehow not enough, the dauntless, uplifting post-hardcore of A World To Win will sort you right out. Elsewhere, Hush storms in with blazing aggression but loses none of its weightiness even as it decelerates in tempo, and the pounding Liberate fuses heavy sounds with heavy subjects in one of the record’s most politically charged moments.

Yet Stick To Your Guns remain just as potent when they let themselves become more vulnerable. Though the barbed yet catchy Open Up My Head is fragile in its verses, a fighting spirit bubbles underneath, bridging the gap between the record’s harder and softer sounds. Father, which deals with the passing of guitarist Chris Rawson’s father, is a lump-in-throat moment, making ferocity funereal with its pained roars of 'True freedom is death,' while contemplative acoustic ballad No Way To Live is vulnerable in more surprising ways. Sonically, it’s a stark outlier, but its candour is captivating as frontman Jesse Barnett contemplates what it means to hold love for someone with radically different political views.

With its consistency, authenticity and underneath, a sense of fun, Spectre more than makes up for five years away.

For fans of: While She Sleeps, Malevolence, A Day To Remember

Spectre is out now via End Hits

Stick To Your Guns

Scowl have announced a couple of 2022 UK headline shows

Following their UK support slot with Stick To Your Guns, Scowl will be playing a couple of headline dates in Manchester and Brighton.

Here's who will be joining Parkway Drive on the road next year.