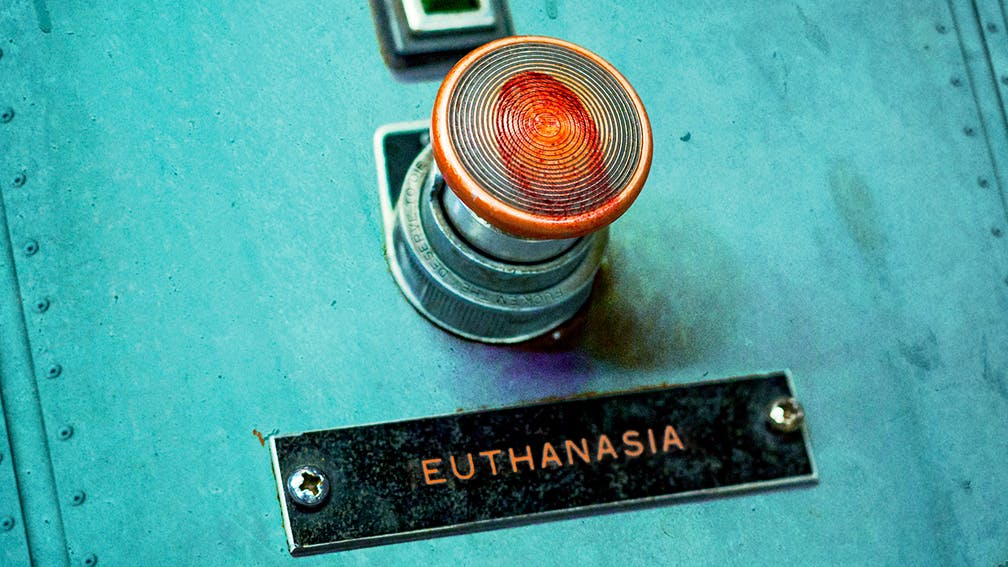 There was a point during the making of Euthanasia, when Stray From The Path had to drag themselves up by their bootstraps just to be arsed to keep going. Lockdown inertia being what it was, the members of the Long Island hardcore crew would sporadically send one another ideas, to find they'd not touched their instruments in months. Eventually, they began to wonder: what exactly is the point anymore? “I was in a really bad place personally, and with no jobs, no shows, no nothing," is drummer Craig Reynolds' recollection. "I was just miserable.”

Re-establishing a form of connection with fans by drumming on Twitch, Craig was joined by guitarist Tom Williams in front of the digital audience. Buoyed by the uplift that being able to do something was providing, horsing around became jamming became songs, with fans even throwing their own feedback out as they watched.

What it's created on SFTP's 10th album is a sense of fresh urgency, of rediscovering your fire. The rappy metalcore is cut from the same stuff as ever, but it's packed with renewed, recharged foot-up-the-arse energy.

Taking on the ills of the world like America's overwhelming support for law enforcement even when it's clearly in the wrong (III), the way the army preys on people to sign up (Chest Candy), or simple corporate madness (the pithily-titled Guillotine), the new fire is directed with bullseye accuracy. Ever-adrenalised frontman Drew York sounds absolutely furious as he spits his vitriol on Law Abiding Citizen, unleashing his own pissed off rage while also offering something to gather round and share the anger. When Stick To Your Guns' Jesse Barnett pops up for the melodic Bread & Roses, it's this togetherness that shines through, as the track puts the bile aside and highlights the need for compassion in an increasingly hostile world.

From empty tank to firing on all cylinders, it's been a journey of reconnection to make Euthanasia. But, having done so with such impressive force, it's put Stray From The Path firmly back on track.

For fans of: Rage Against The Machine, letlive., Body Count

Euthanasia is released on September 9 via UNFD

Stray From The Path

Stray From The Path: “The pandemic made people aware of their position in the machine... Everyone is weaponised now”

Bad times call for good music. After a pandemic spent watching the planet descend into the abyss, Stray From The Path are back with Euthanasia, raging against corporations, corruption and cops… and that’s just for starters.

Listen to III, the new track from Stray From The Path's upcoming album Euthanasia