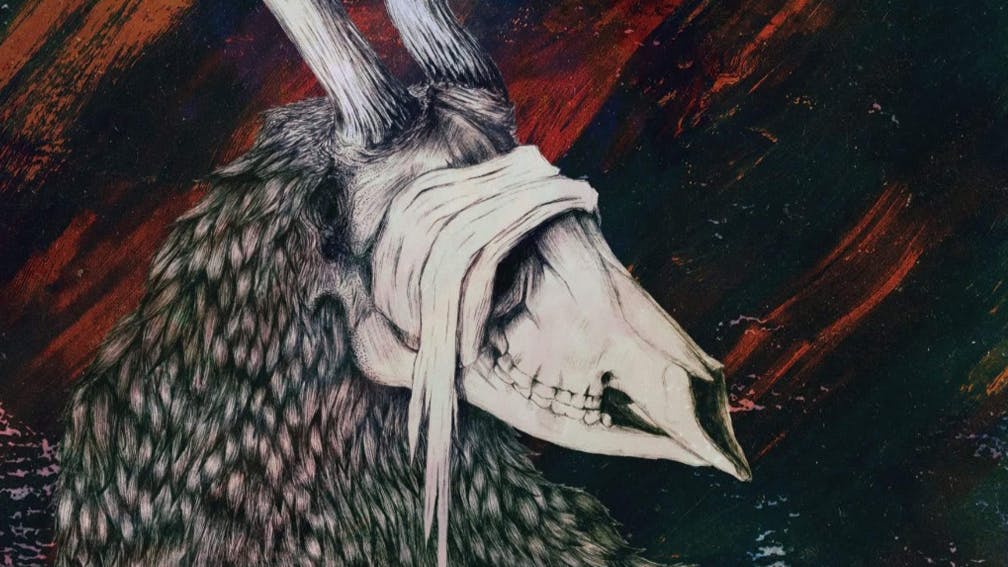 But don’t go thinking this record is just another side to their previous album, When I Die, Will It Get Better? is an evolution. Whereas before the quartet were dancing around the blackened hardcore mould, they’ve now crossed over into the ethereal realm, embracing more shoegaze textures and crystalline instrumentation, akin to Rolo Tomassi’s knockout record Time Will Die And Love Will Bury It.

Opener Open Wound instantly conjures dry-ice-drenched images of Alcest, adding tertiary colours to Svalbard’s palette, as Serena’s glistening vocals wander amongst the clouds before launching to a frenzied metallic blast that swirls and builds around the agitated guitars, as the self-proclaimed 'Minnie Mouse of metal' bellows ‘I am open like a wound’ in a display of pure emotional release.

And so the tirade continues with Click Bait, a diatribe against some areas of the music press using Serena to literally bait their Facebook pages into rage clicking and commenting. The vitriol bubbles and boils throughout with a cathartic ‘Fuck off!’ destined to be echoed by crowds when we’re allowed out again. It’s this snarling, venomous attitude that permeates through the record, seeping into the production that could be more polished to highlight the shoegaze, but instead it’s flecked with mud and bile.

Lyrically, we find Svalbard at their most personal and most blunt here. There’s no room for overwrought metaphors, it’s on the nose and in your face, as Serena spits, ‘I am not more valuable if I am pretty’. The album’s words were written under a dark cloud of depression, something Serena openly discussed with Kerrang! recently, and is tackled head-on in companion tracks Listen To Someone and Silent Restraint, the former of which highlighting the importance of listening without judgement, as Serena’s majestic chorus lifts the song to summits the band have never traversed. The following track is a more violent continuation, frantic and claustrophobic, mimicking the choking inner monologue of mental illness.

Album highlight What Was She Wearing? points its crosshairs at the objectification of women in society, something Svalbard have protested throughout their tenure. Inspired by the backlash Labour MP Tracy Brabin faced for wearing an off-shoulder-dress (Shock! Horror!), its minimal instrumentation with jangling guitars form the backdrop for a more serene opening, before careening into blackgaze wonderment raging against the judgement of women based on their appearance. And it’s in moments like this that Svalbard’s dual-vocal attack of Serena and fellow guitarist Liam Phelan really connects, adding another dimension to one of the band’s core messages, reiterated on sister track The Currency Of Beauty, as he roars ‘Stop measuring them on such shallow terms’. Because, lads, what any woman chooses to wear is none of your fucking business.

Closing on the shortest track Pearlescent calls to mind previous album closer Iorek, as the big, swooping, clean ending offers a counteracting hopeful sound after plunging the depths of shitty humans. Whether we continue to see Svalbard move into this more post-black metal sound remains to be seen, and while it’s still a little rough around the edges, this uncut gem could become a diamond one day.

For Fans Of: Oathbreaker, Alcest, Deafheaven

When I Die, Will I Get Better? is out now via Church Road.

READ THIS: Serena Cherry: "Abortion should be available to all women"