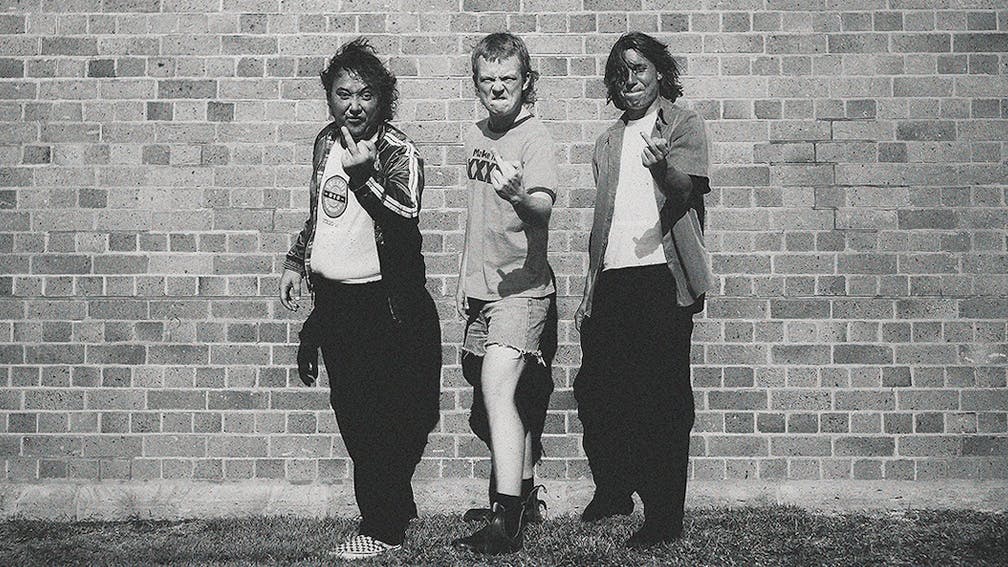 The Chats' frontman Eamon Sandwith once had an unwelcome run-in with an authority figure. A real power-tripper. He's pissed off about this uniform giving him a hard time over a minor infraction. This person's 'Got a bit of power, ain't afraid to abuse it', their 'Only form of contact is intimidation'. 'You can't run from me,' the singer snarls over a twitching riff, 'I'm The Ticket Inspector.'

The song is called, in The Chats' punch-blunt manner, Ticket Inspector. It's literally about Eamon getting busted taking the train on a child's ticket. Throughout its short, sharp duration, GET FUCKED is loaded with similar tales. Later on, he sings about working in a supermarket where a customer admonished him about the rising price of cigarettes. This one's called The Price Of Smokes. And for those already familiar with The Chats and their scruffy, no-frills punk, you will wonder how they haven't yet done a number as gloriously The Chats as I've Been Drunk In Every Pub In Brisbane. (Titling it that was an artistic choice – it fit better than the original I've Been Thrown Out Of Every Pub In Brisbane). When it comes to real, lived-in songs, The Chats are clearly not all talk.

If this sounds easy, it ain't. Three chords in a riff may be entering excessive territory, and making it past three minutes is apparently going on a bit, but simplicity is often the hardest thing. The Chats have the same natural knack for this stuff as The Ramones, able to make their point in 90 seconds while also having ripping punk tunes galore that sound no different to those on their High Risk Behaviour debut. It is quite brilliant.

There's also something smarter than you might think in their observations as well. There's obviously beer flying all over the place, and a song like Paid Late, about seeing a cashpoint that had been done over with a pickaxe leading Eamon to conclude someone must have been paid late, is just a funny story. But Ticket Inspector is also about being so hard up you literally can't obey the rules. Emperor Of The Beach, meanwhile, gobs off at the gatekeeping and racism that lurks under the easy-going vibes of certain pockets of Australian surf culture.

Is there more to The Chats than snot, spit and going for a cigarette? Yeah, although you'll have to find it beneath the bants. But this is their world. And once again, they're showing you around it magnificently.

For fans of: Amyl And The Sniffers, Green Day, Ramones

GET FUCKED is released on August 19 via Bargain Bin