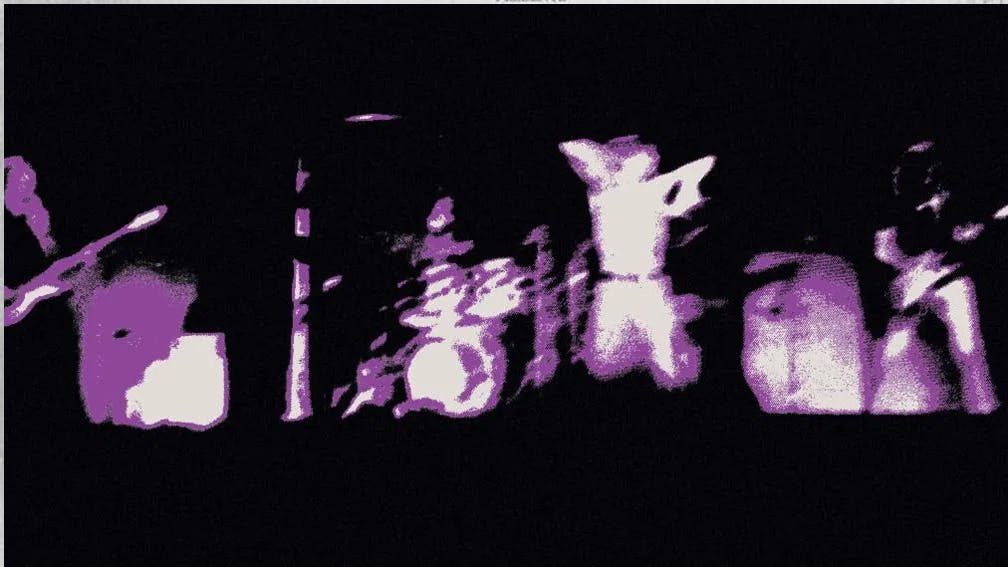 The place of The Stooges in the history of punk rock is impossible to over-exaggerate. More than any other band, the Detroit-based four-piece of frontman Iggy Pop, guitar and drum playing brothers Ron and Scott Asheton and bass player Dave Alexander created the blueprint for post-Stones hard rock with the release of their seminal, self-titled debut in August 1969.

The following summer, in July 1970, they upped the ante by releasing their freewheeling second album, Fun House, a tight but experimental set that saw them – their line-up augmented by sax player Steve Mackay – incorporate the influence of free jazz into their hard-driving, ragged sound. Fun House remains an album by which all American rock albums are measured, its ferocity and scope failing to find an audience at the time but its influence evident on everyone from David Bowie through to Henry Rollins, Kurt Cobain and Jack White.

The latter’s label, Third Man, are responsible for releasing this mythical live set – issued bang on the 50th anniversary of the show itself – which was recorded a few weeks after the release of Fun House. It is the stuff of legend, Iggy inciting the 200,000 capacity crowd into riotous a frenzy at his hometown festival of Goose Lake, while the band deliver a ferocious run-through of the whole of their second album. Oh, and it ends with the plug being pulled on them due to their set overrunning…

Rather than being based purely on the performance, the set’s legendary status lies in the inter-band dynamic, with Dave Alexander cast as the eternal outsider. The bassist was summarily fired immediately after this show for being loaded on stage, with Iggy claiming that he had failed to play a single note throughout the set.

This recording proves that to be untrue, Dave being audible on a number of tunes. That said, his playing is sloppy and, in places, his altered state means that he’s either in the wrong key or stops completely. His lack of focus is in stark contrast to the performance of the Asheton brothers who are in devastating form.

If Ron Asheton misses Iggy’s opening cue to “Take it!” as he launches into a glorious version of set opener Loose, his guitar roars throughout the six tracks that follow. His brother Scott, meanwhile, delivers an equally relentless performance from behind his kit. Iggy, meanwhile, sounds like a man possessed – a point he would later confess was down to the sheer frustration he felt at Alexander’s performance rather than purely to the amount of illicit substances he’d ingested prior to the show.

Despite the inconsistencies in the bass playing department, Live At Goose Lake, captures The Stooges in their prime. Recorded by audio engineer Jim Cassily, this quarter-inch soundboard tape was found languishing in his basement following his death and has been faithfully restored by GRAMMY-winning producer Vance Powell (known for his work with everyone from The White Stripes to Clutch via Sturgill Simpson). For Stooges devotees Jack White and Third Man co-founder Ben Swank, the album’s release has been something of a personal crusade, the pair negotiating their way around Iggy’s longstanding grudge against Alexander’s performance and the singer’s uncertainty over the set’s validity.

The press release accompanying this long lost recording describes Live At Goose Lake as being “the Rosetta Stone for fans of this seminal band.” For those of us that have spent years hovering up endless bootlegs featuring the first Stooges line-up in a bid to hear just how wild they really were, that much is true. But this is more than a revelatory, historical document. While it signals the beginning of the end of the original band, it also confirms that when rock’n’roll is at its best, it pushes forward into new territory and has the power to change how we think and how we feel. Live At Goose Lake is effectively a testament to sonic liberation. As Iggy himself proclaims on Down On The Street, for The Stooges there were “No Walls!”

For Fans Of: Sex Pistols, Queens Of The Stone Age, Amyl And The Sniffers

Live At Goose Lake: August 8th 1970 is out now via Third Man Records.

The Godfather Of Punk, Iggy Pop, bites back on glorious 19th album…