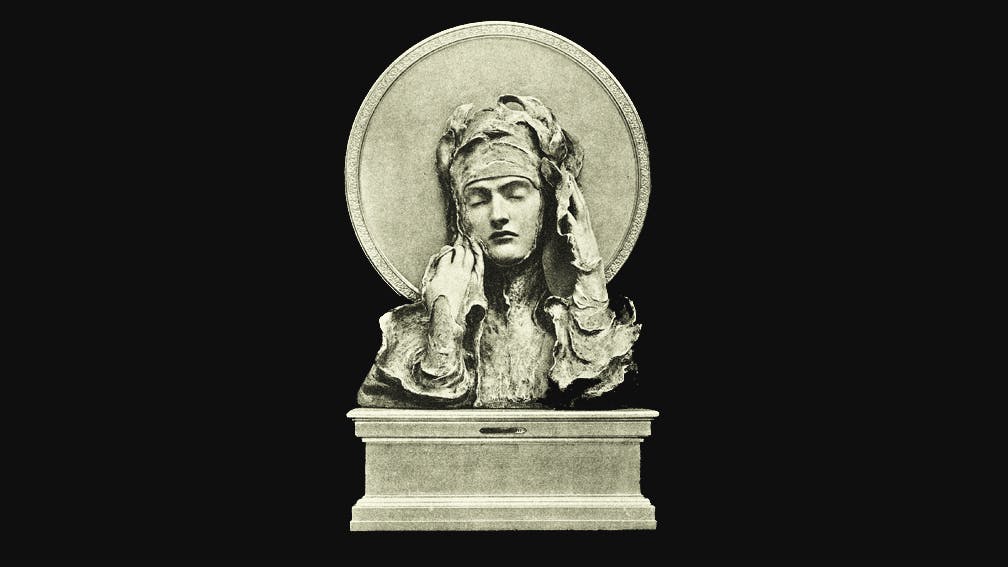 An organ’s funereal drone steps down like a ghoul descending his basement stairs. The probing music-box tinkle of xylophone adds the ghostly playfulness of some poor lost soul. Guitars scrabble like nails against the inside of a coffin lid. Then the curtain drops and you’re slingshotted out into a jagged midnight landscape of dense forests, winding dirt roads, looming castles and distant snow-capped peaks.

This is In Remembrance, the opening track on Tribulation's fifth album, and it only takes a minute to remind you why the Swedish terrors are, by a distance, the most atmospherically evocative outfit in modern metal.

When The Gloom Becomes Sound is a gleefully arch-gothic album title, full of the knowing excess with which the band have made their name. It isn’t truly representative of the sounds within, however. The Arkiva quartet have always played in the genre’s longest shadows, but their sound has grown more luridly captivating as the years have passed, full of the cold moonlit blues, burnished golds and deep blood reds of vintage Hammer Horror.

‘From the shadows they come,’ rasps frontman Johannes Andersson on the biting Hour Of The Wolf. ‘Relentless, their will be done…’ while veins of rich melody pulsate through. Intricate Eastern flourishes blow in off the seafront, embellishing already-resplendent single Leviathans. Even the despondently-titled Dirge Of A Dying Soul unfolds its five-minute span with sensual high-drama, like My Dying Bride scoring a Broadway rework of Phantom Of The Opera.

For the uninitiated, a close sonic comparison can be drawn with fellow Swedes and recent tourmates Ghost. Where Tobias Forge and his ghouls tend to fully ham it up, though, playing to their anticlerical aesthetic and pantomime live presentation, Tribulation more consistently go for the throat. If the ragged ravenousness of 2015’s The Children Of The Night and the more theatrically vampiric tendencies of 2018’s Down Below showcased equally brilliant sides to their sound, WTGBS plots its course nimbly between the two, and feels all the more deliciously dynamic for it.

Crucially, shades of myth, mystery and dark, Byronesque romance bleed throughout. The traditionally European iconography of the hammering Elementals and heads-down highlight Funeral Pyre are supplemented by the Indian esoteric and Buddhist symbolism of NWOBHM-indebted epic Daughter Of The Djinn and the pervasively malevolent Inanna.

By the time you're spun out by sprawling closer The Wilderness, it feels like you've chased dusk across continents, soaking in 1,000 terrifying and tragic, fetid and fresh sights and smells along the way. Proof, once again, that Tribulation take you on a trip unlike any other.

Those children of the night. What music they make.

For Fans Of: Ghost, In Solitude, Repugnant

When The Gloom Becomes Sound is out now via Century Media.