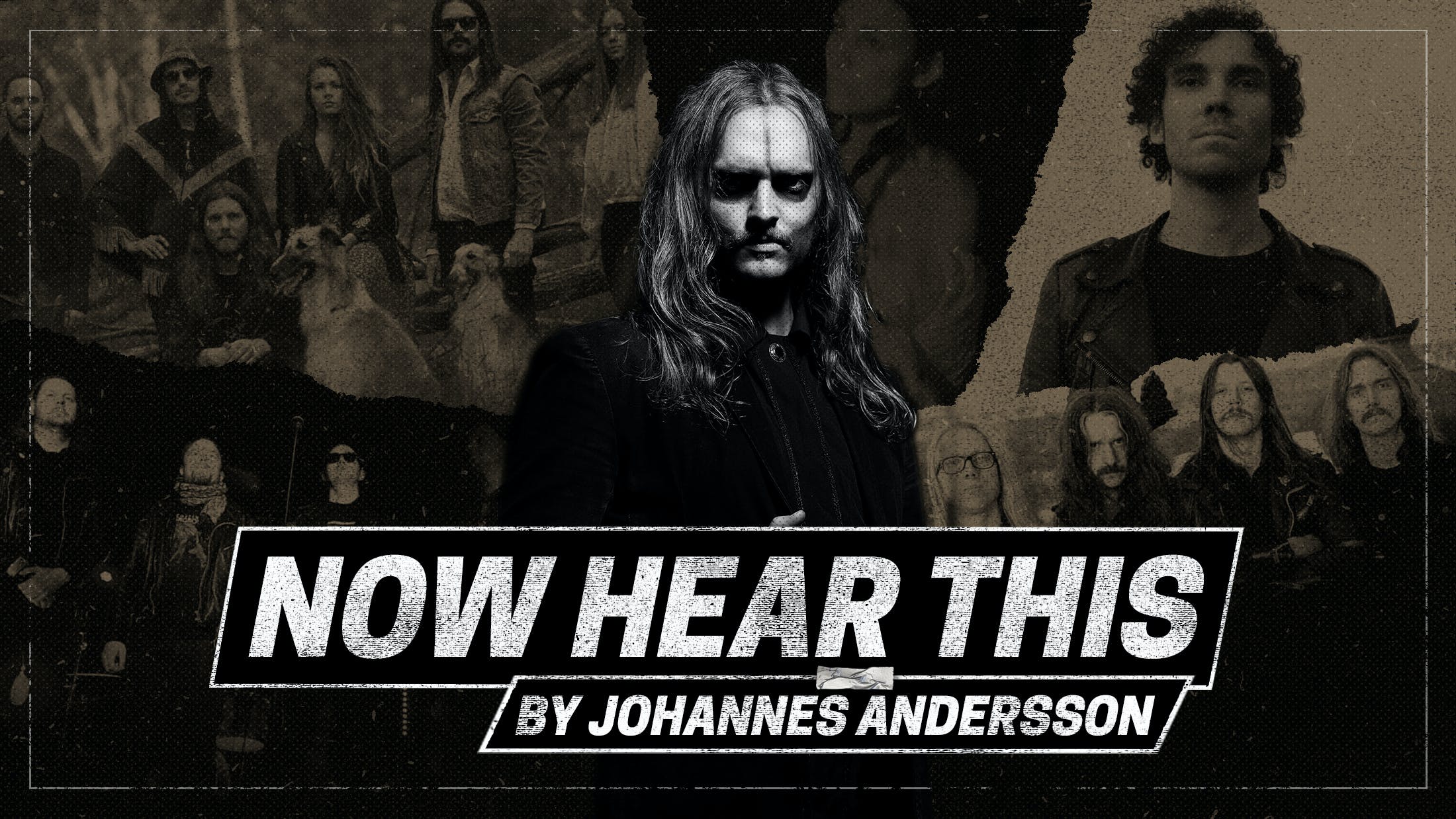 No-one has had an opportunity to go to a gig for ages, so there are limited opportunities to check out new music – usually I see an opening band I like and go from there. Over the past year I’ve found myself getting stuck in a musical bubble, where I’m forever diving into old favourites. However, it’s also given me more time to spend listening to friends’ bands. I’m finding it really enjoyable to get into the music of those that I’m closest with, as a means of keeping that connection during a time when we can’t hang out together. Here’s what I’ve had on repeat while stuck inside…

They released their debut album Ashes Of Life in 2020, and it's just spot-on. Usually the vocalist in this band is known in the local scene as more of a country guy. He has a very deep voice, so he's been known as the Swedish Johnny Cash. But this project is more of a salute to the '80s goth scene; there's a lot of Sisters Of Mercy, Fields Of The Nephilim and great stuff like that. So that's maybe why this project of his is most appealing to me. So when that album came out last year, it was pure pleasure to hear it. He played it in his living room when I visited him last time.

Joseph Tholl And The Escapades

Our new guitar player, Joseph, joined the band this year, but he released his second solo album, Devil’s Drum, in 2019. He’s always been an inspiration to Tribulation, so it was kind of a no-brainer for us to ask him to join when Jonathan (Hultén) decided to leave the band. But for this album he has grown into more of a darker, melancholic atmosphere. One song is almost metal, while another one can be a bit more singer/songwriter style, and everything in between. There's some Nirvana feeling in there as well, because we all grew up with Nirvana.

Our old drummer's (Jakob Ljungberg) new band. They released a new album in 2020, called Går Vidare, basically meaning the struggle goes on. There's some Swedish in it and it's very folky, but it's also very, very Jakob, as he is. He writes the melodies, the language he uses is so specific for him. And you can tell in an instance, if you're a friend or acquaintance, that it's him playing the guitar. He's usually the drummer in every other project, and sings.

Perfect tour music when you're lying in your bunk after a long day and night and just want to go to sleep. It's one of the albums I put on the most; her 2015 album Miman really hit the spots for me. Very ambient, hence why it’s sleeping music. But she's got such a beautiful voice, it has an atmospheric, dark, melancholic touch. I love music like that, it’s very inspiring. She uses instruments and synths and stuff we normally wouldn't use in Tribulation, but it’s broadened our senses. I think it was my wife who got me into this, and it’s stayed ever since.

They have a bit more of a '70s vibe to them. And I remember maybe 10 years ago there was a big wave of '70s-influenced bands popping up all over Sweden, some were good and some were not so good, but Lykantropi, they are fresh. I think their debut is from 2017 at least. And that album, it's self-titled, it's very good. A bit darker than the usual '70s prog rock, and that's appealing, alongside the aesthetics and the general vibe they give off.

Tribulation's album When The Gloom Becomes Sound is out now via Century Media.