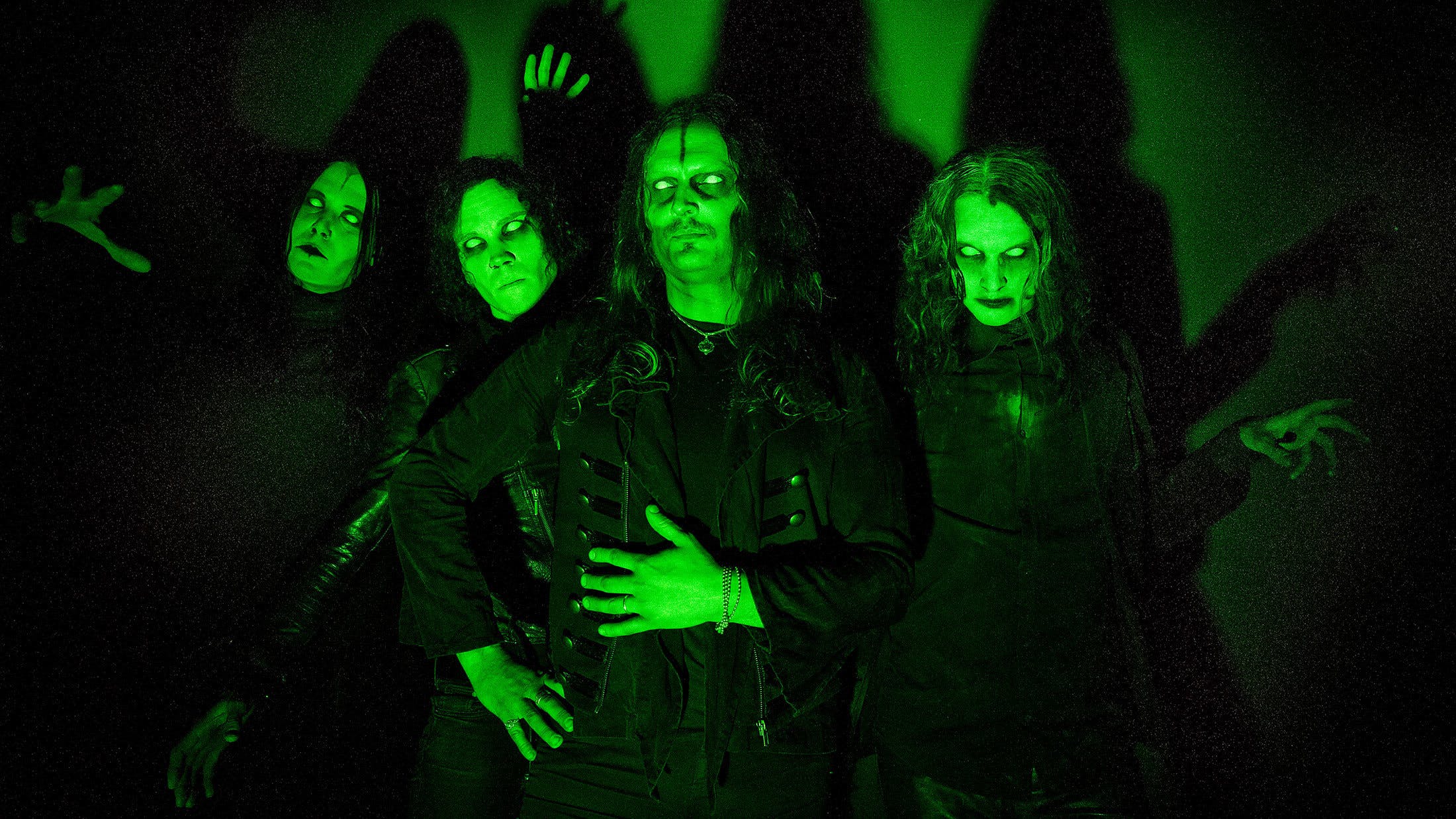 Growing up in Sweden, Tribulation guitarist Adam Zaars and vocalist and bassist Johannes Andersson heard stories of folklore, myth and the supernatural, from trolls in the forests to spirits like Näcken, who would lure children into the lake with the sounds of his fiddle.

"In old Swedish rural society, say the 17th, 18th century, a lot of supernatural entities of different kinds were very present in people’s lives, which is hard for us to understand today, but that was the reality," Adam explains. "The notion that if they went out into the forest, they could meet a troll, or the lady of the forest."

"All of the creatures and entities of the woods have been with us throughout our upbringing,” adds Johannes. "It’s a never-ending depth to get inspired from. Throughout all of our albums we sing about the unknown: what the eye might not see, all things strange."

"The supernatural has been a fascination of mine since I was a kid and had a ghastly experience," Adam reveals. "I was around seven, and I saw two ghostly figures at my grandparents’ house. I was afraid, and didn’t tell anyone for a long time. That experience absolutely informed Tribulation, and the direction we took."

Now on album number five, Tribulation started out back in 2004 as a bunch of corpsepaint-clad teens playing death metal in the Swedish underground. As they evolved, they ditched the death metal – though they’ve kept the vocals – and developed their sound into a devilishly dramatic melting pot of goth, post-punk and classic heavy metal hooks, all shrouded in a rich melancholia that brings their dark lyrics to theatrical life. Their new album title Where The Gloom Becomes Sound, taken from lyrics by German darkwave project Sopor Aeternus & The Ensemble Of Shadows, is the perfect synopsis of their vision: “It screams Tribulation,” Johannes agrees.

They don’t just sound the part, but look the part too – think ghostly Victorian gentlemen-meets-goth rock gods. “When you play such dramatic music, you have to go the whole way,” Johannes argues. “We don’t have stage names, we are the same guys: but something definitely changes when we put on our make-up, our stage clothes, and go onstage. We have a beer or two, listen to some music – usually Type O Negative!”

"When we started we wanted to look like freshly dead corpses, but also coming from heavy metal, it was the combination of spandex and corpsepaint!" Adam laughs. "We wanted everything to matter. The music, the atmosphere, the aesthetics, the lyrics."

Tribulation’s lyrics always explore the eerie: from folklore and the supernatural, to topics such as the underworld, which was the focus of their last album, 2018’s Down Below. As Adam notes, "We’ve never written about anything that’s really contemporary or mundane; we want to keep it in a different realm." For this new album, they immersed themselves in myth and witchcraft: in particular, the idea of the elements, and elemental magic.

As Adam explains, the idea came out of synchronicity. He and now-former guitarist Jonathan Hultén, who left the band in December 2020 after the new album was completed, would often arrive at the same subject for lyrical inspiration without speaking about it beforehand. They did so for Down Below, and the same happened with this new album.

“When we came together to make the album, we both had named working titles for the songs after the elements," begins Adam.

“Jonathan had been reading a text by a 19th century French occultist called Éliphas Lévi, and I had been reading about the elements in the context of Indian religions, where they usually, but not always, use five elements,” he continues, adding that the fifth element, when translated from Sanskrit into English, is known as ‘space’. The five elements [earth, wind, fire, water and 'space'] are referenced throughout the new record, sometimes in specific songs like Funeral Pyre's fire influence, or Leviathians channelling the power of water.

"The elements are used in what you could call a magical context," Adam explains, when Kerrang! asks what makes them a fitting topic for Tribulation. "The text that Jonathan had been reading is about ceremonial magic, and in an Indian context, they have Indian tantra, which you could call ritual practice. In some of those tantric systems, they have something called bhuta shuddhi, which is purification of the elements, and the elements are represented in your own body. So it’s in both a magical and religious context."

Adam is studying history of religion at university, with a particular focus on Indian religion. “Growing up in such a secular country where the closest thing you have to religion is the Protestant church, I found it fascinating to learn about religion,” he says. “Religion around the world is more about practice than about believing in something. It’s a worldview that has, to a big extent, been missing in the west. We don’t even have the vocabulary to describe it. Even the term ‘religion’ is very difficult to define. A lot of people today say they’re spiritual, but not religious. But a historian of religion would say to that, ‘Well, then you are religious!’

“I believe firmly in my experience that there is more to this universe than what modern science can offer,” Adam continues. "I’m not saying that I don’t believe in science: the scientific method is valid and very important. But it doesn’t explain everything in human beings’ lives.”

Given that this strong connection between Jonathan and Adam has steered so much of Tribulation’s output, the news that Jonathan was leaving the band last December came as a shock to their fans.

“It’s still quite fresh, but it didn’t come as a surprise either,” Johannes says. “But musically, I am confident that things will work out in the future without Jonathan. Our new guitar player [Joseph Tholl] is one of our oldest friends – actually, he’s my oldest friend! He’s been with us our whole career on the sidelines; he wrote a riff on the second album, would drive us to shows, sell merch, always supporting and liking what we do. So it was a no-brainer, really – when Jonathan himself told us he was leaving, he said, ‘You should really ask Joseph now.’ It’s like a family.”

While it will be intriguing to see where this new incarnation of Tribulation heads next, for now fans can bask in this latest album that might just be their best yet: whether you immerse yourself in their rich tapestry or just sit back and enjoy the spooky ride.

“I would say it’s very serious,” Adam says of Tribulation, “it’s an expression of ourselves. But we’re not spreading a message, or doing magical ceremonies onstage. We come from a place where artistic integrity is very important, but I’m also aware that this could be labelled as ‘entertainment only’ to a lot of people, and I’m fine with that. But there is more to it, and if you’re interested, then tag along!”

Where The Gloom Becomes Sound is out now via Century Media.