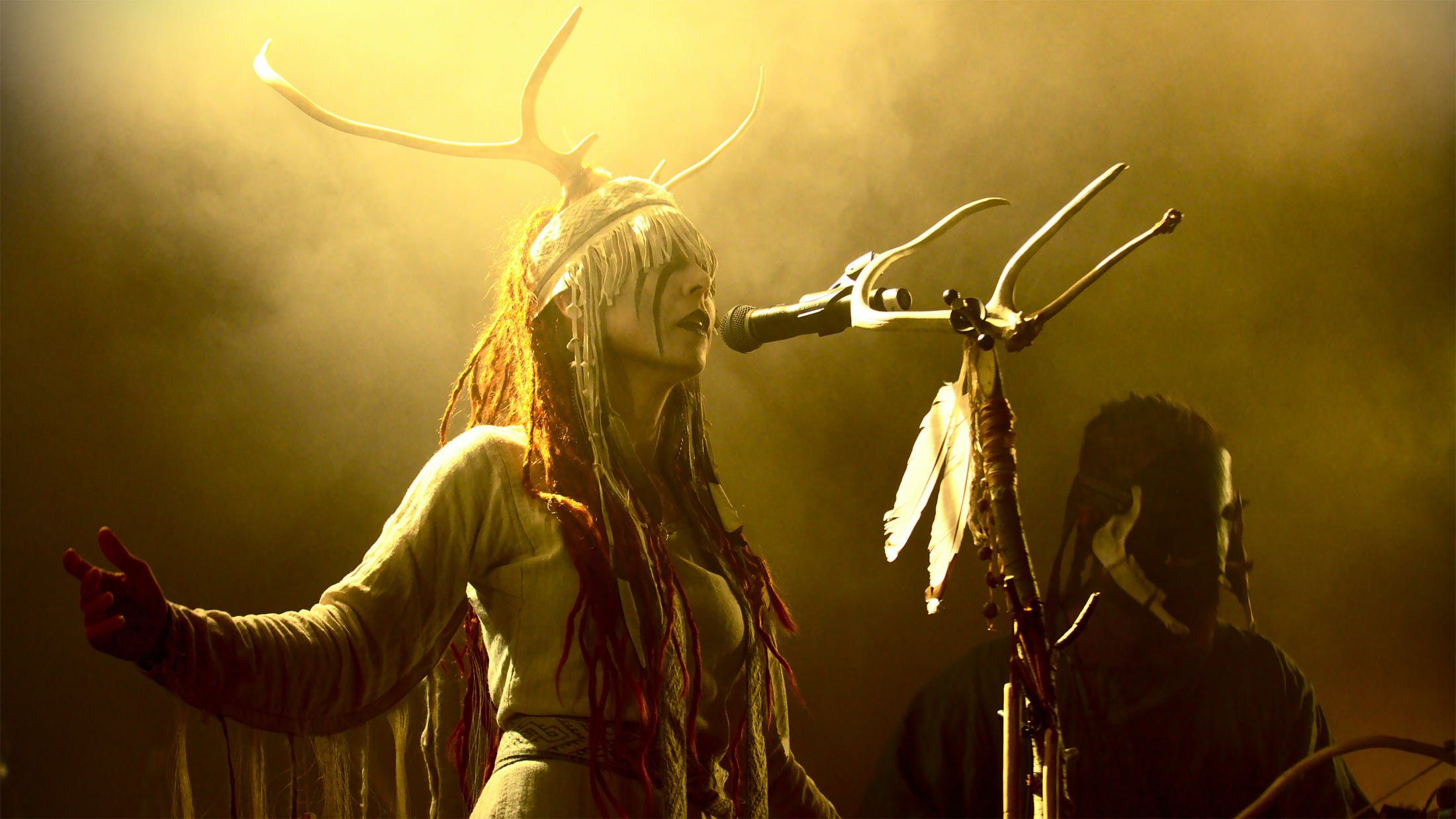 There’s an old adage that suggests we, as people, look to the past for guidance. This can apply to your work life, love life, social life or even in your creative space. But how far back are we talking? A day, a month, a year? Perhaps further, much much further, to the times of the Old Norse gods.

The 2019 British Social Attitudes survey suggests a steady decline in the Christian faith since 1983. Over in Iceland, Neopaganism has grown to become the country’s largest non-Christian religion, and even The New York Times has contemplated The Return of Paganism.

This summer’s folk-horror flick Midsommar presents a chilling vision of pre-Christian worship’s bloodthirsty rituals, but could the film’s popularity also be seen as further evidence that Paganism is gaining interest in the mainstream?

Christopher Partridge, Professor of Religious Studies at the University of Lancaster tells Kerrang! that there are many reasons why people turn to Paganism.

“For a few on the political right, there are romantic notions of pre-Christian Pagan cultures that can become linked to racial identity and nationalist politics. More generally, however, Paganism is far more attractive to our contemporaries than the principal monotheistic faiths, because it is nature oriented.

“Paganism concurs with the ecological zeitgeist by encouraging more environmentally responsible attitudes,” he continues. “It requires humans to think of themselves as simply a part of the natural world rather than outside it or above it in some sense.”

Experimental folk project Heilung (German for healing) are leaders in this realm of reconnecting with the Earth. The band's tribal drums and droning instruments view their heavy sounds through a sincerely traditional lens, using animal bones and skins to for their authentic instruments.

“Man is part of a bigger organism, connected to [nature] on many layers, be it physically, mentally or spiritually,” say the band, preferring to respond as a collective. “We are all one: not only the people, but also the plants and the sea are related and connected to us – feeding us and eating us.”

Their latest album, Futha, takes inspiration from the runic alphabet, and explores ideas of fertility and female strength that the occultish inscriptions represent. Opening track Galgadr begins with a dark, vicious incantation, while Vapnatak replicates the sounds of an ancient battle in the rain. This isn’t music as you know it. In fact, Heilung prefer their sound to be described as ‘amplified history’.

But why is heavy music being drawn to the values of Paganism? Christopher suggests that wielding occult symbols, such as Heilung’s runic alphabet or the ubiquitous pentagram, “signifies transgression, which is important in the youth-oriented culture of extreme metal.”

Yet the relationship between metal and Paganism goes deeper than that. Christopher argues that our romanticising of the past plays a significant part in this rediscovering of the Pagan way of life.

“It’s imagined that the access to knowledge and power familiar to our ancestors is now hidden from many in the modern world,” says Christopher. “Whether actively suppressed by the dominant monotheistic faiths or simply forgotten by people since the industrial revolution, and their move from rural communities to urban environments.

“Occult symbols point to this ancient power and suggest techniques for accessing it. Hence, they can be enormously evocative when reflected on within the emotionally-charged spaces created by music.”

The new force of Paganism in metal, as per Christopher’s explanation, seems to be about more than eye-catching imagery; it’s about reconnecting with a power now laying dormant or hidden from view.

However, just because you channel nature in your music, doesn’t mean you ascribe to Paganism. Caledonian metal artist Saor is enshrined in the natural world, poetry and history, without any ties to religion.

“I think that the idea of implementing nature into metal music is still almost underground and ‘bizarre’ to an average fan,” says mastermind Andy Marshall. “Saor’s music is an interesting juxtaposition of aggressive music and calming or soothing lyrical and visual themes.”

Swedish singer-songwriter Anna von Hausswolff is another believer in re-establishing this bond with nature. Images of darkened forests recur in her lyrics and videos, lending a further touch of eeriness to her unique blend of avant-goth and drone metal.

“Both folk music and black metal music sounds like something coming from the woods,” says Anna. “[It’s] music made for the forest and the people living there. A weapon to push away loneliness, to create communities, a tool to become friends with your surroundings, and to become a part of it through sound.”

While not as overt as Heilung’s brand of amplified history, the likes of Anna von Hausswolff, Myrkur, Wardruna, Hexvessel and others are tightening their bond with the natural world through music and a Pagan way of life. Almost like a sense of duty to not let the old gods die, and to remind ourselves that humans are no more special than the trees or the birds.

As Heilung put it: “In old Icelandic writings we find Rig, a god, that travels the earth and, whilst besleeping a lot of women, creates the three main casts of Viking society: the nobles, the free farmers and the slaves.

“So everyone in the end was of divine blood, creating the concept of permeable layers of society. Mankind is not equal, but of equal value and all layers of a Pagan society celebrated nature.”

And the celebrations continue…

Read this: How Myrkur and Zeal & Ardor are changing black metal

“All individual musical parts, melodies and instruments – and even at times the lyrics – play the same both forward and backwards,” say Heilung of the third single from their upcoming album Drif.