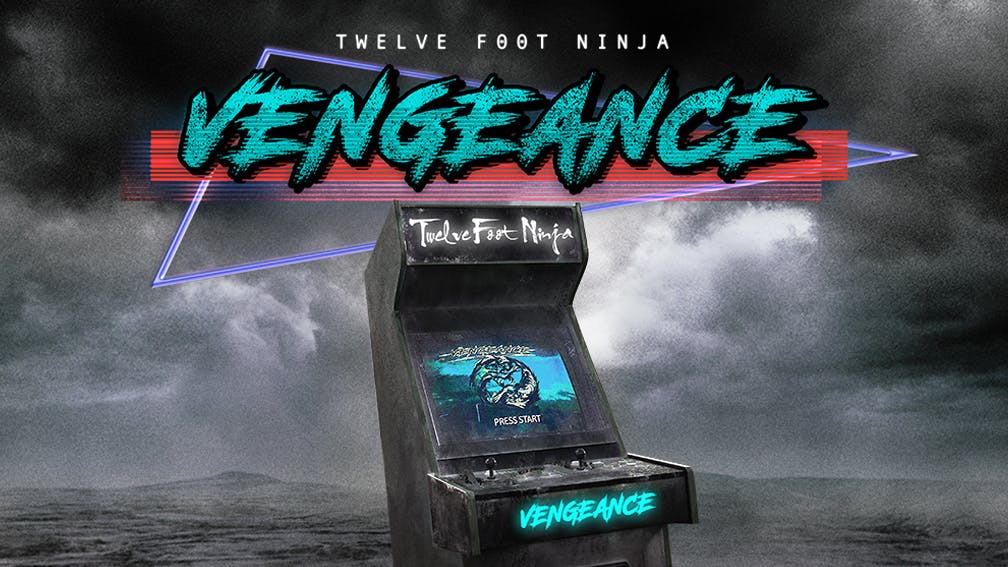 Ever wondered what Smooth by Carlos Santana and Rob Thomas would sound like if it was nu-metal? Nope. No-one has. But this is the question that didn’t need answering that Australia’s Twelve Foot Ninja have produced with song Gone. Okay, so it’s not an actual cover, but with the over-the-top crooning and tedious guitar twiddling it may as well be.

There’s a hell of a lot to unpack on Vengeance. Over 35 minutes, they shoehorn in an abundance of disjointed, incohesive tracks that feel as though they’ll give you whiplash. Perhaps it's an attempt to defy genre, but the end result is one that’s an unenjoyable mess. Speakeasy music interrupts at regular intervals, alongside crackling electronic noise on the very aptly named Shock To The System, making it difficult to take the album seriously. It’s not all bad, and Start The Fire and Culture War are weighty slabs of technical metal that act as a saving grace for an otherwise minefield of a musical soundscape.

As if the album wasn’t enough, a comic, a novel and a video game have all been produced alongside it. In a similar vein to the record, the subject matter of each medium is totally unrelated – the comic book is set in space, the novel is about a Samurai, and the game follows the story of a boy in a coma trying to rescue his subconscious mind from a cat. Yeah, you read that right. This sort of maniacal nonsense will likely tickle the fancy of those with little-to-no attention span, however, it’s very much a case of style over substance.

For fans of: Periphery, Karnivool, Textures

Vengeance is out now via Volcanic.