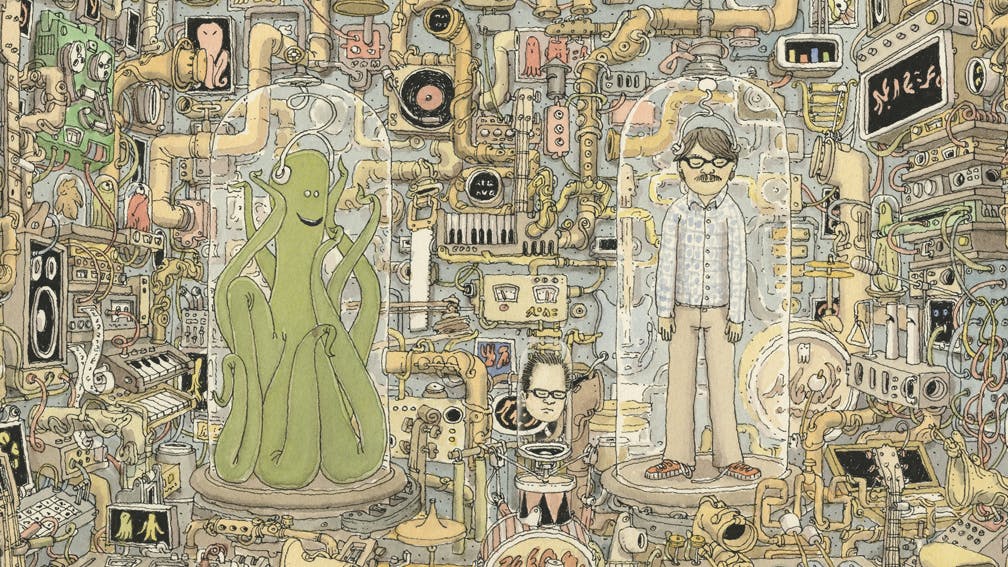 We shouldn’t be here. We shouldn’t have this. Had the plan gone as planned, Van Weezer would be half a year old, we’d have seen Rivers Cuomo bringing that long-promised album’s odes to his beloved hair metal to the stadia in which they belong on the Hella Mega Tour and, as is tradition, Weezer’s fanbase would be split down the middle as to whether it’s any good.

Instead, Van Weezer has been put back. But in that most Weezer of ways, there’s more to this thing than a simple pandemic screwing up your plans. Made with a 39-piece orchestra in 2019, the mellow, restrained OK Human was already in the can when they got the call from Green Day about spending the summer of 2020 on stadium stages. “We were like, ​‘Okay, we just made the worst possible type of album you could make before a stadium rock tour,’” says Rivers Cuomo now. So, they got to work on a stadium rock album, one that was all full-on, foot-on-the-monitor, guitar-hero-posing, outdoors in the sun in the best of times big tunes.

And then summer got cancelled. “So we were like: ​‘Well, now we’ve just made the worst possible album for a time when you can’t actually tour or perform or rock out,’” continues Rivers. ​“When nobody is going to concerts, how can you possibly promote a stadium rock album?” And who else but Weezer would have an album in their back pocket ready to roll out when things go south?

OK Human isn’t just a pleasant surprise, it’s a genuinely good album that shows off a lot of Weezer’s best sides in a way that’s been missing of late. Rivers is right that this wouldn’t really work in a stadium, but writing with orchestra in mind has brought back a more traditional stripe of songwriting from the man, invoking the feel of smooth, enormous songs of the ‘60s and ‘70s from his heroes like Burt Bacharach, Fleetwood Mac and The Carpenters.

All My Favourite Songs is a classic bit of Rivers, as is Aloo Gobi. And what you notice is that you haven’t noticed much different. Even without the fuzzy guitars, the intent and energy of these songs is still communicated with a clear, silky musical articulacy, sounding far better and more natural than when they’ve previously stepped out of normal rock mode and put themselves through an electronic filter. Instead of a big guitar riff, Grapes Of Wrath proudly announces itself with a cello. Where normally there would be a wall of distortion, the chorus of Numbers instead rises on the back of cinematic strings from a sepia-edged age of Hollywood. Play My Piano is almost like prime Elton John.

So it goes. It harks back to classic touchstones without being obvious or simply repeating what’s gone before. It quietly takes you away, not to Sunset Boulevard as we may have been expecting, but a more timeless California, a carefree place of open-topped cars, twinkly-eyed dreams and innocent romance blossoming under a warm night sky. Most importantly, it works its magic seamlessly.

After the disappointment of Pacific Daydream, the not-quite-as-good-as-it-could-have-been Teal covers album, and the lousy waste of a title that was The Black Album, it is a wonderful thing to hear Weezer still actually sounding like Weezer here. That they’ve achieved this while pushing their creative boundaries with an orchestra only underlines it. And the best part is, when the time is right and we go back to stadiums again, they’ve still got what promises to be the perfect album to celebrate with left in the chamber.

OK Human is released on January 29 via Atlantic.