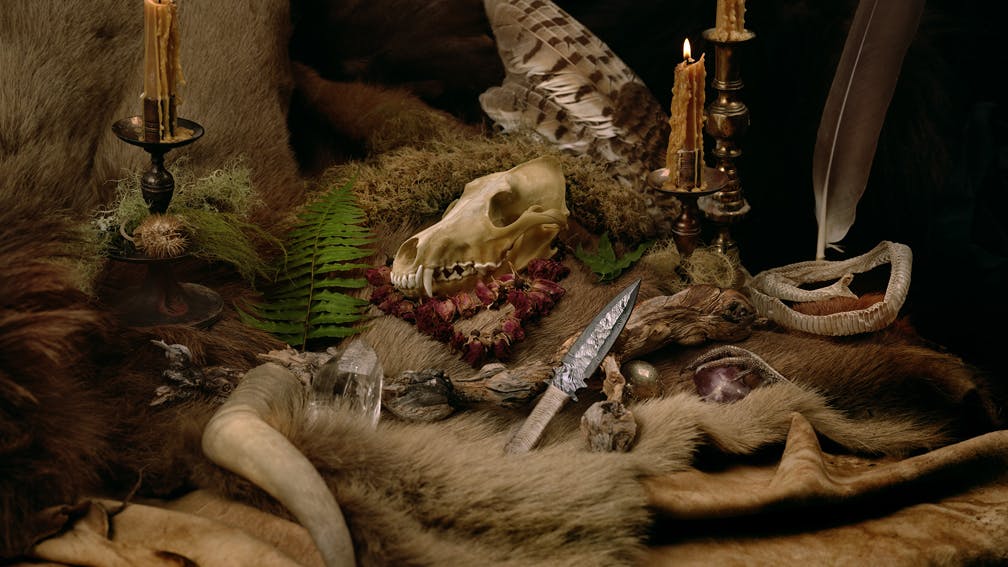 Wolves In The Throne Room are a band whose name is synonymous with modern black metal; the Weaver brothers are a powerhouse of musical conjuring, creating soundscapes of minimalistic elegance with the aid of an ever revolving series of guest musicians. 2017’s Thrice Woven saw guitarist Kody Keyworth become a permanent member of the band, adding yet more weight to an already overflowing arsenal of riffs. It's a momentum carried over on Primordial Arcana.

If there’s one thing that Wolves In The Throne Room know how to do it’s create a gnarly atmosphere – this descends thick and fast on opener Mountain Magick, making way for racing tremolos and thunderous percussion. While previous albums, such as Diadem of 12 Stars, lingered at over an hour for a mere four tracks, Primordial Arcana gets right to the point at a modest 45 minutes but still has a lot to say for itself.

Listeners are taken on a journey as the band tell a captivating story of magic and Pagan rituals. Elements of folk add a rustic appeal to Wolves’ trademark “Cascadian” sound, while heavier moments have all the more clout for adding a second guitar. The solos are absolutely enormous and are some of the most interesting song writing that they’ve produced to date. Nathan Weaver’s vocals, meanwhile, are as unsettlingly raspy as ever, backed up by the throaty roars of Keyworth.

With the exception of their weird ambient 2014 album Celestite, it’s pretty much a given that every Wolves In The Throne Room release is going to be excellent. Primordial Arcana is an example of a band not only matching up to their established greatness, but far exceeding it.

For fans of: Agalloch, Altar Of Plagues, Panopticon

Primordial Arcana is released on August 20 via Century Media

Read this: The story of black metal in 14 songs

Wolves In The Throne Room

Wolves In The Throne Room postpone European tour to 2022

Dimmu Borgir and Amorphis have announced a 2020 co-headline tour, with Wolves In The Throne Room supporting.

Behemoth, At The Gates, And Wolves In The Throne Room Conquer New York City