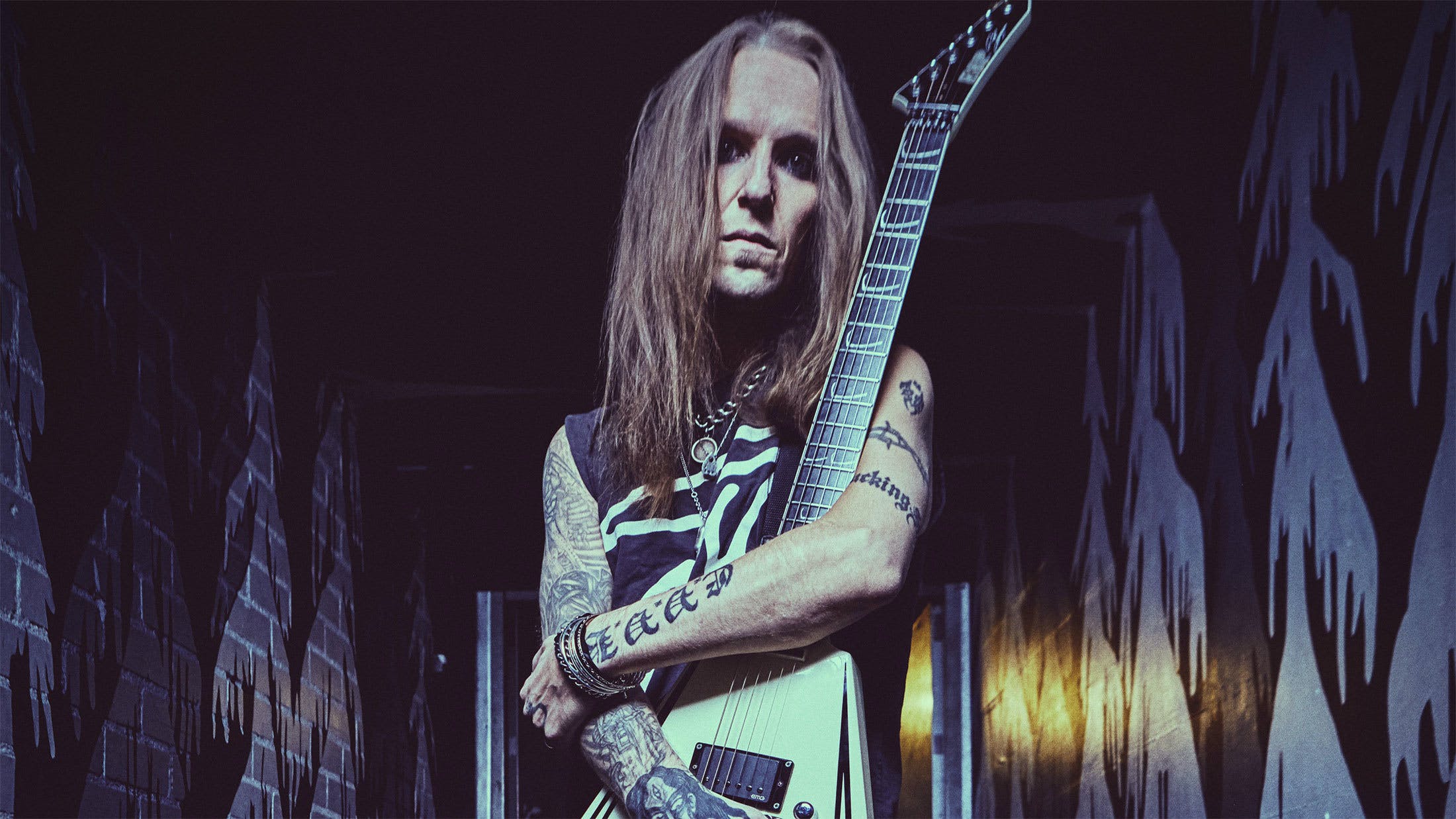 It was on the instruction of Alexi Laiho that I did one of the stupidest and most dangerous things of my life. In the middle of the night, in the middle of December, just outside Helsinki – a city where freezing temperatures are such A Thing that many of the centre’s walkways are in tunnels to stop you turning into a snowman – I and a group of others gamely climbed off a pontoon into the Baltic sea in the pitch dark. Having been in a sauna in the middle of the night (there is no good answer to the ‘Why?’ here), part dare, part matter of fact statement, the man pointed to the huge expanse of water a short, naked jog from the nice, warm shed as the ideal place to cool off. Alexi stood on the sidelines and laughed his head off as it slowly dawned on us what a grievous error we’d made, and that being a) clothed and b) dry, as he was, would be a much nicer state of affairs.

In some ways, this encapsulates Alexi pretty well: a goof, a devil on your shoulder, incredibly Finnish, a man with a good time you’ll remember always tucked in his back pocket, even when the details became hazy. Just as in person, these qualities flew out of him when he had a guitar in his hand, only you can add ‘prodigiously talented’ to the list also. Forming his first band Inearthed when he was just 13, and starting work on Children Of Bodom’s Something Wild debut when he was 17, he quickly established himself as a fearsome guitarist. In a time when grunge had smothered the idea of the virtuoso guitar hero, and nu-metal had little call for such things, Alexi with his shredded leads (described in a review of Bodom’s Hate Crew Deathroll in 2003 as being of “Sparks-flying-from-the-fretboard variety”) was a rare breed. On top of that, his youthful swagger gave his playing a cocky personality to match its technical prowess, and Alexi would prove highly influential on a new generation of guitarists like Trivium’s Matt Heafy looking for something more electrifying in their playing. Lamb Of God singer Randy Blythe, meanwhile, sports a ‘COBHC’ tattoo on his left forearm.

Children Of Bodom’s first four albums – Something Wild, Hatebreeder, Follow The Reaper and Hate Crew Deathroll – made the band huge across Europe, and following the success of the latter, the UK and America finally caught up as well. Their perfect balance of aggression, tunefulness, virtuosity and choruses that K! once wholly accurately called “pole-vaulting” also made them chart-toppers in Finland. Somehow in this period, Alexi also found time to play in Sinergy, with whom he made three albums of similarly electrifying metal, and do time in Finnish black metal oiks Impaled Nazarene. As we keep saying: talented.

The last time Bodom hit the UK was for their ferocious set at Bloodstock 2019. Sadly, it would be their last, as in December that year it was announced that the band was over, and Alexi would be carrying on under a different name, Bodom After Midnight (after the storming tune from Follow The Reaper). And although there are plans to still release his latest works posthumously, it’s a bitter blow that we’ll never get to see him playing these songs, foot on the monitor, flying-V up on his knee as he rips out another flamethrowing solo, yelling “Yow! Yow!” and “motherfuckers” as every other word of his stage banter.

Farewell, Wildchild, a guitar hero with a talent and energy all of his own. As tributes begin to flood in from those he touched, we’ll leave it to Matt Heafy to spell out the man’s importance one more time: “Without Children Of Bodom’s Something Wild, Hatebreeder, and Follow The Reaper – Trivium likely wouldn’t be here. You will be missed.”

EP review: Bodom After Midnight – Paint The Sky With Blood

"We lost a brother": Children Of Bodom pay tribute to Alexi Laiho

Alexi Laiho's former bandmates in Children Of Bodom pay tribute to "a phenomenal songwriter" and "one of the greatest guitarists of all time".