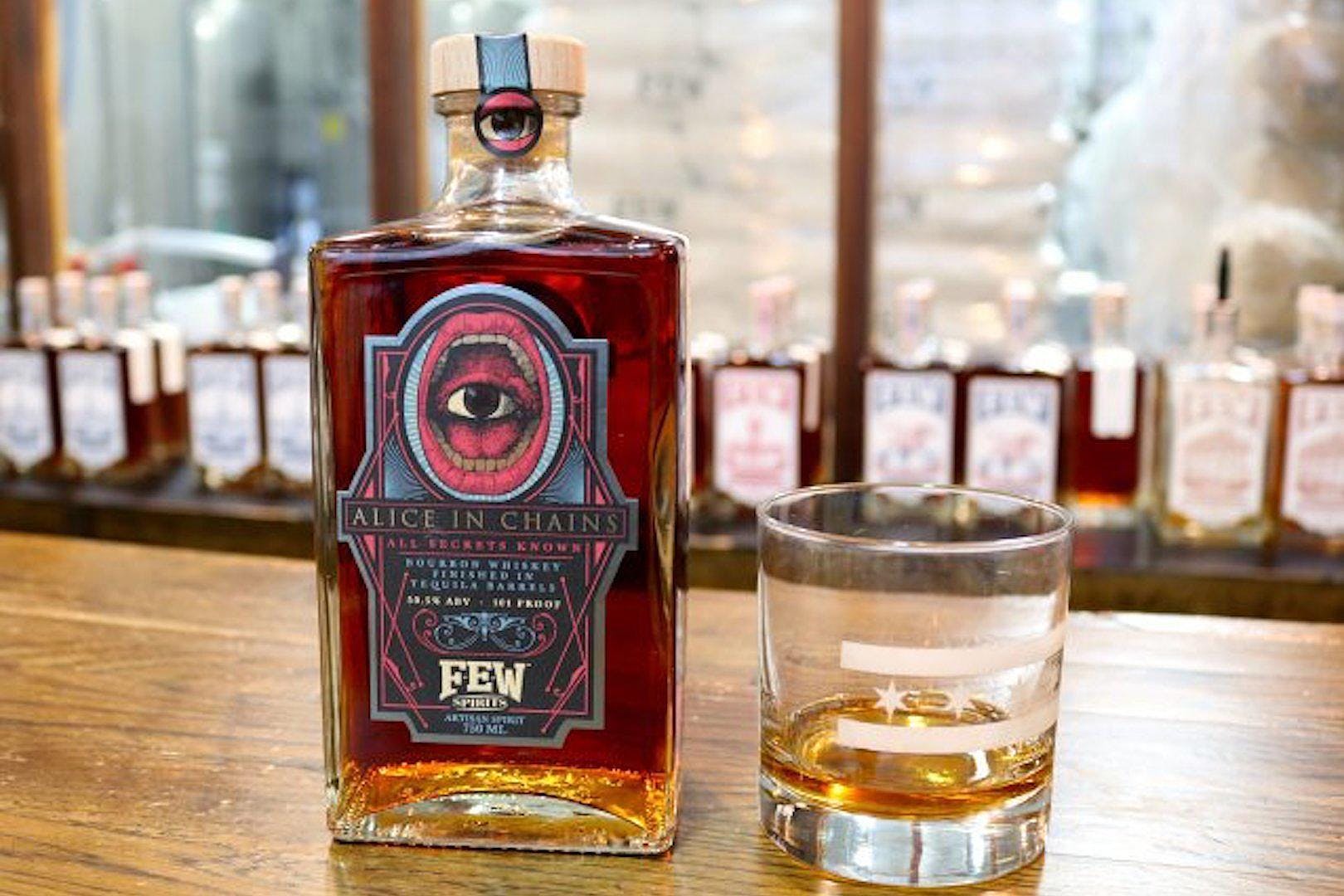 Rock legends Alice In Chains haven’t even finished their current U.S. tour, but they’re already moving onto the next thing. That next thing, though, is kind of unusual – a 101 proof bourbon finished for six months in tequila barrels for an extra shot of spice. Which, depending how you feel about bourbon and tequila, could either be a match made in Heaven or one designed deep in the bowels of Hell.

A collaboration between the band, Few Spirits and Warner Music Artist Services, the limited edition concoction has been named All Secrets Known. That, of course, is the title of the opening song on the band’s 2009 album, Black Gives Way To Blue – their first record with singer William DuVall.

Speaking about the bourbon, Few Spirits distiller Paul Hletko said: "There are no two spirits that have a closer association with rock and roll than whiskey and tequila. Alice in Chains is part of one of very few movements that can be legitimately credited with shapeshifting an entire culture, beginning with their first album, Facelift."

“Nobody sounds like Alice in Chains," he added. "We were inspired by their courage to create a sound that flouted convention and thought, 'There are lots of tequilas finished in bourbon barrels, but it's rare to find a widely available bourbon finished in tequila barrels. Let's do that instead.'”

Available at liquor stores in California, Colorado, Illinois, New York and Washington – as well as online at Reservebar.com – All Secrets Known costs $75 for a 750ml bottle.

It also comes with a label designed by longtime Alice In Chains fan Justin Helton, which looks really cool.

“For this design,” he said, “I found inspiration in the name ‘All Secrets Known.’ The eye in the mouth is a play on seeing all that's been spoken.”

Hopefully there’s an easy way to save it once the bottle has been polished off.

On July 3, 1996, Alice In Chains played their final show with Layne Staley. Twenty-five years later, Mörat trawls through the darkness of Layne's life, and pays tribute to the man who "should be remembered for more than his addictions"…

From We Die Young to Rainier Fog, we rank Alice In Chains’ deepest, darkest and (most importantly) greatest cuts.