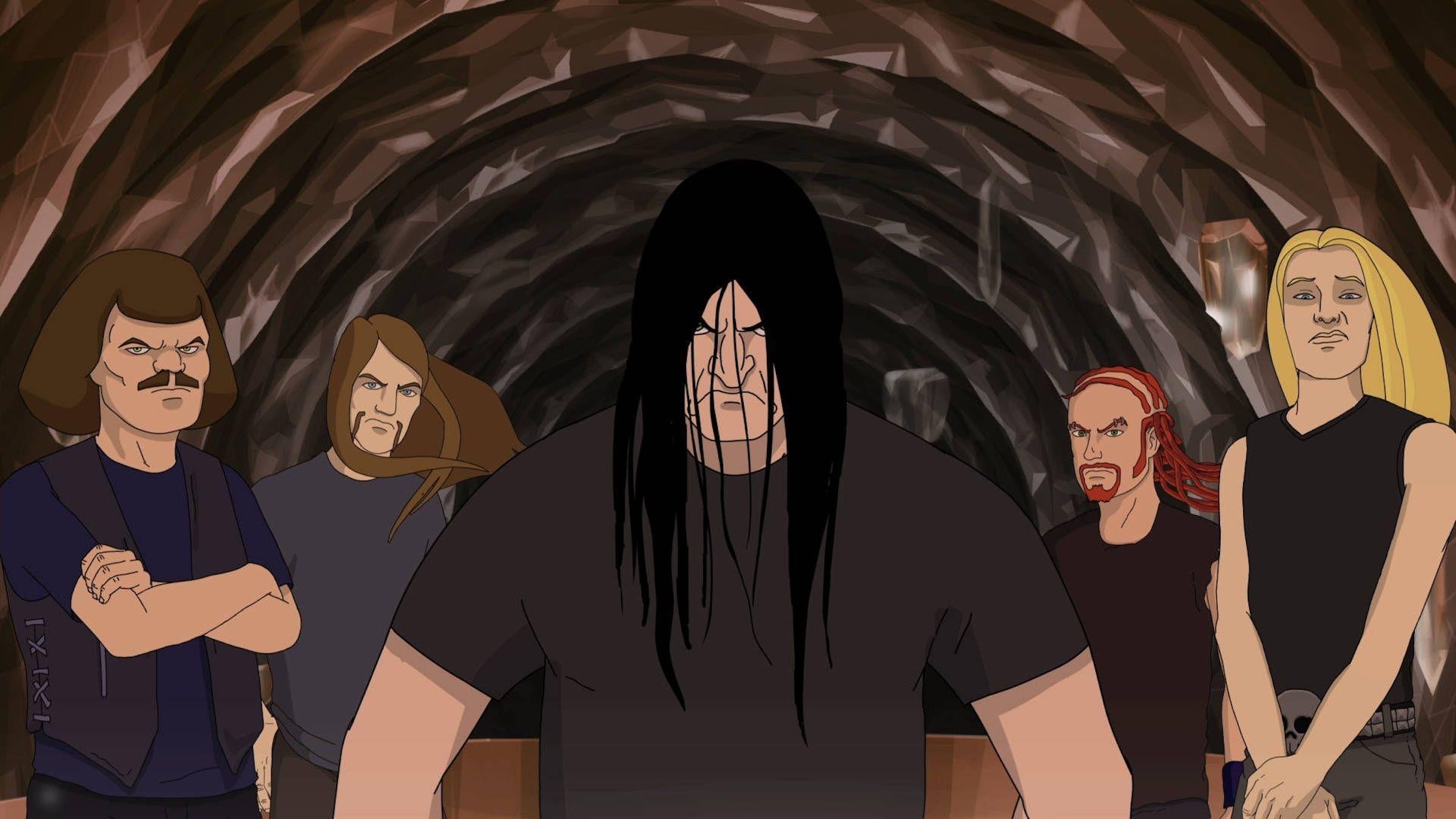 Of the man shows that heavy metal fans love binge-watching over a bong and tub of popcorn, few stand up to Metalocalypse, the Adult Swim surround the metal band Dethklok who have become the eighth-largest economy in the world. However, Adult Swim canceled the show in 2015, and since then it has gone on and off of several streaming services. Now, in a clutch move, Adult Swim has revealed that all of Metalocalypse is available to stream right now, just in time for coronavirus quarantine.

The grown-up cartoon network announced Metalocalypse's new availability in a tweet with the message, "All episodes of Metalocalypse are now free on our app and site. Pamper yourself on the couch with a warm cup of joe and limitless brutality."

If you somehow had other plans tonight, they're now canceled.

Interest in Metalocalypse kicked back up last year, when Dethklok -- featuring show creator Brendon Small, along with famed metal drummer Gene Hoglan -- performed for the first time in five years at Adult Swim's music festival. The revival of Dethklok's live show left many fans wondering if this would be the time to bring the show back.

"Whether or not Dethklok’s return to the stage will result in the show’s revival is still anybody’s guess," wrote Kerrang!'s own Chris Krovatin. "Brendon Small has said in the past that he’s pretty much done with Dethklok, and has focused his efforts on his more progressive project Galaktikon. Adult Swim, meanwhile, is famous for dropping its most interesting properties for no reason, so the hype surrounding the band’s live return may fall on deaf ears. But if either party were considering bringing new life to Dethklok, now would be the time. With the chaos, confusion, and sense of instability that seems to run rampant throughout life in 2019, a death metal band taking over the planet feels like one of the more sensible directions for society to turn. It’s a brutal world, after all."