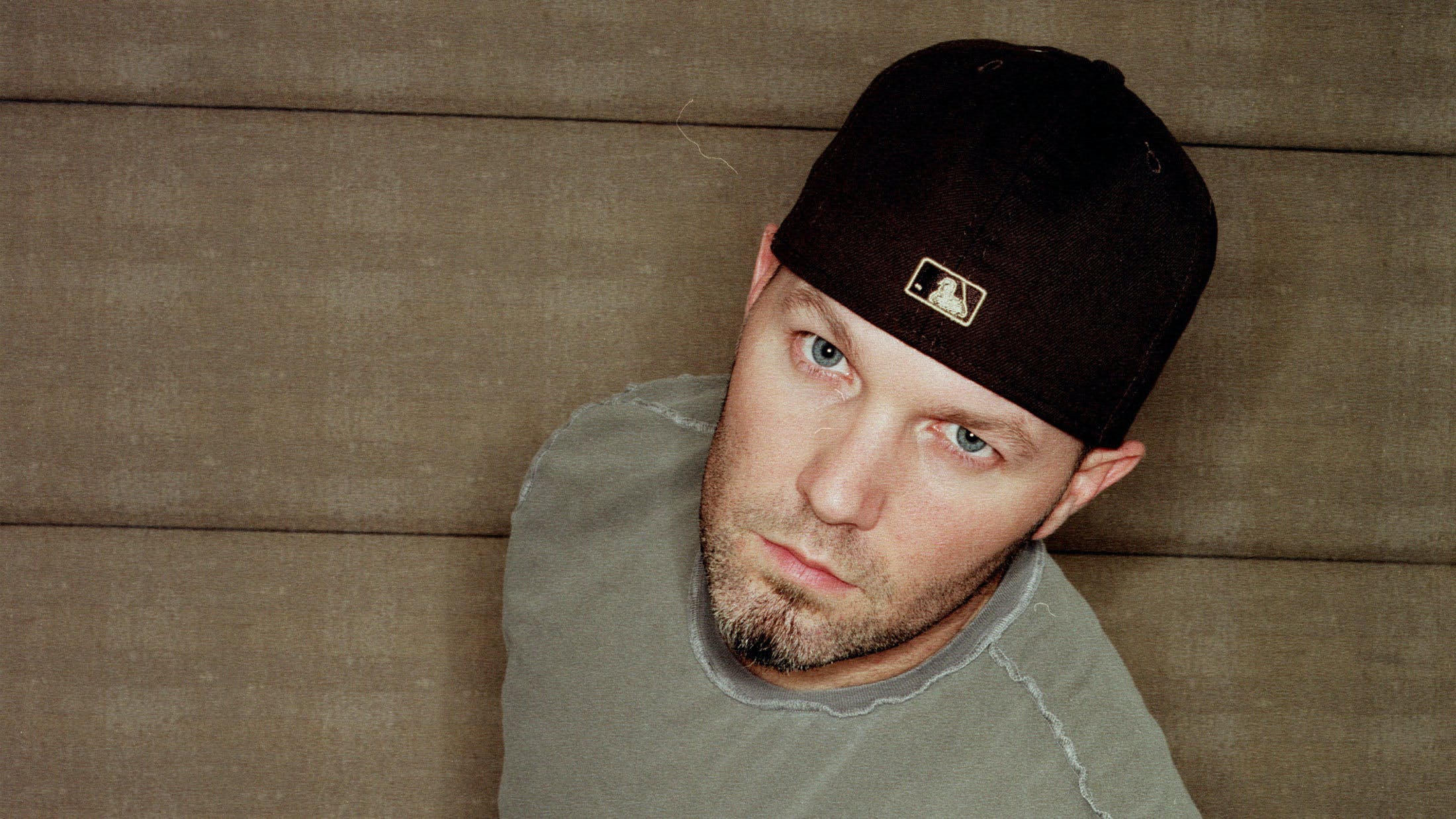 When you look back at the great, storied history of nu-metal, it becomes clear what ingredients certain bands added to the baggy-jeaned melting pot. Originators Korn gave us that dark, twisted angst, Slipknot added a sense of menace and danger, Linkin Park turned the emotions up to 11 and Limp Bizkit injected an urgent sense of fun in glorious Technicolor.

While teens across the world were more than happy to wallow in the pity parties coming out of California, it was Jacksonville’s significant others that flipped nu-metal on its head, bursting onto the scene with bounce, bravado and (he says, she says) bullshit. Thanks in no small part, to the one and only Mr Fred Durst.

Nu-metal was getting along just fine with its low-slung bass and cries and ‘Whyyyyyyyy!’, but what we really needed was a Floridian in a sports jersey to teach us the Rollin’ dance. Across the world, millions of drunk, rhythmless spanners (ourselves included) have busted out that ‘one arm on the steering wheel sort of’ routine on many a dancefloor – that is the power of Fred Durst.

He taught a generation of uncoordinated moshers to dance. Let that sink in.

And he was everywhere, such was the appeal of the red cap wonder. The mastermind behind one of heavy music’s most successful bands – Bizkit have sold more than 40 million records worldwide – was ubiquitous across popular music in the late ‘90s/early ‘00s. Few people could command primetime on MTV and a Kerrang! magazine cover. But he was – and still is – one of the most interesting and gloriously bonkers individuals to ever grace the pages and pixels of K!.

Thanks to the power of the Durst, Bizkit made headlines on a weekly basis. In 1998 while on the Ozzfest tour, despite the Prince Of Darkness headlining, all eyes were on Fred emerging each night from a giant toilet onstage like Mr Hankey with a New Era sponsorship deal. How could any band compete with that?

But there’s more to Fred than toilet humour (although it comes up a lot, have you seen the video for Ready To Go?), he has an eye and an ear for musical trends. Fred knew that nu-metal’s co-opting of hip-hop culture could only go so far, before rap music came back in a big way – and still rides high in the charts today. So, using his intuition and phonebook of famous friends, he enlisted Snoop Dogg, Eminem and Dr. Dre for Bizkit’s landmark Break Stuff video. Not only that, but he brought in Method Man, Redman, DMX and Xzibit to work across their Chocolate Starfish record.

So once you’ve invented your own dance craze and merged the disparate worlds of metal and hip-hop, how do you continue? Yes, you conquer Hollywood! While Metallica’s I Disappear was the initial soundtrack to Mission: Impossible 2, it was Bizkit’s Take A Look Around that became synonymous with the Tom Cruise flick. In the video we see Fred take on the role of an undercover agent working in a diner, akin to his actual career as an undercover zeitgeist curator working in a nu-metal band. Hiding in plain sight – we see you!

Fred’s embracing of celebrity and media is why we love him. So many bands shy away from the spotlight, but Durst hops in his low-rider with Ben Stiller and actively drives toward the fame at breakneck speed.

While Sam Rivers, John Otto and even DJ Lethal could probably walk down the street without too much hassle, Fred Durst is a beacon for attention. And we love it. He’s done some daft things over the years – started a blog about juice fasting, feuded with Slipknot, directed a movie starring John Travolta that won a Razzie – but that’s what makes him so loveable. Would we care if Fred made a passable indie movie that received a 51% Rotten Tomatoes rating? No. But because Fred lives life in the fast lane, things are either highs or lows, and we celebrate both.

He’s not a danger to anyone, he’s just New York Yankee loving guy who embraces scatological humour and does it all for the nookie. Despite being 50-years-old, he can still bring it onstage, whipping up circle pits even the most destructive death metal bands can’t muster. We often complain that there are no more rock stars, but one of the most outlandish human beings to ever walk the planet is still going strong.

So we salute you, sir. The man who fronted one of rock’s most maligned bands yet went on to achieve monstrous success. He was dealt a dud hand and went on to win the jackpot. The red cap might get a rap from these critics from time to time, but we wouldn’t want a world without you.