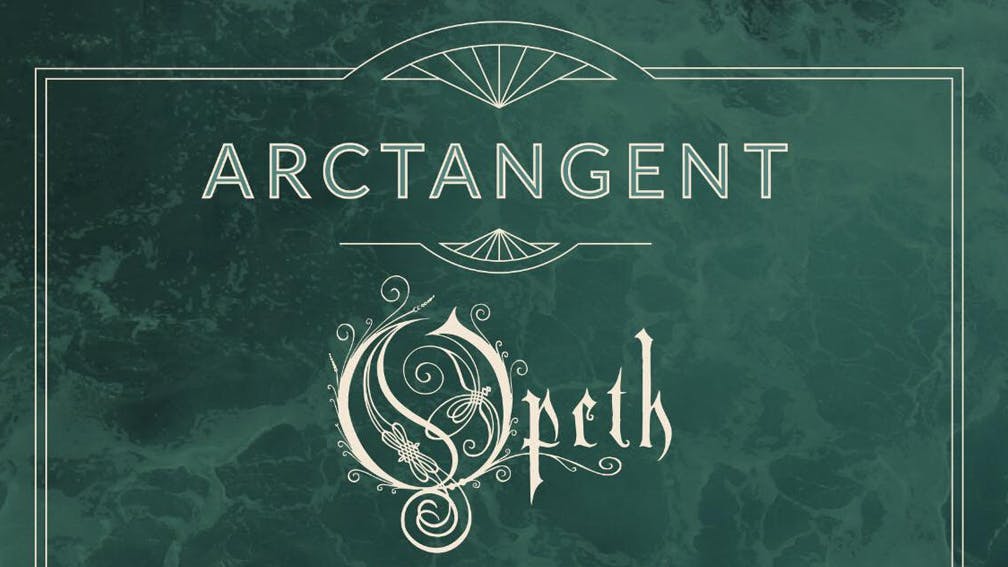 The mighty Opeth have announced a UK 2020 exclusive appearance headlining next year's ArcTanGent.

The Swedish titans will be joined on the bill by Tesseract (UK festival exclusive), This Will Destroy You, Amenra (UK 2020 exclusive), Ihsahn, Perturbator, Rolo Tomassi (performing two full albums sets: Grievances and Time Will Die And Love Will Bury It), Earthtone9, Giraffes? Giraffes!, Fronterier and many more amazing heavy bands. What a first announcement, eh?

"We're excited to play the ArcTanGent festival in Bristol on August 21, 2020," enthuses Opeth frontman Mikael Åkerfeldt. "Been to Bristol a few times and it's always a pleasure. It'll be one of the last festivals we play that summer, so we wanna "go out with a bang" and need your help and participation to do so."

Read this next: How I wrote Deliverance, by Mikael Åkerfeldt

Festival organiser James Scarlett adds: “Opeth’s Ghost Reveries is one of two albums – the other being the Mars Volta’s Frances the Mute – that I always credit with setting me on the left-field musical path that has led to the line-ups I book every year at ATG. In 2005 I’d never heard anything like it and from there onwards my musical tastes just took off and led me to all my favourite bands. Essentially what I’m saying is that Opeth was part of the original ArcTanGent DNA and so I couldn’t be happier to announce that they’re joining us at Fernhill Farm for a Friday Main Stage headline set! I also just realised it will be almost exactly 15 years since Ghost Reveries was released – amazing!”

Check out the full ArcTanGent 2020 line-up below. The festival takes place from August 20-22 at Fernhill Farm near Bristol, and tickets are available now.