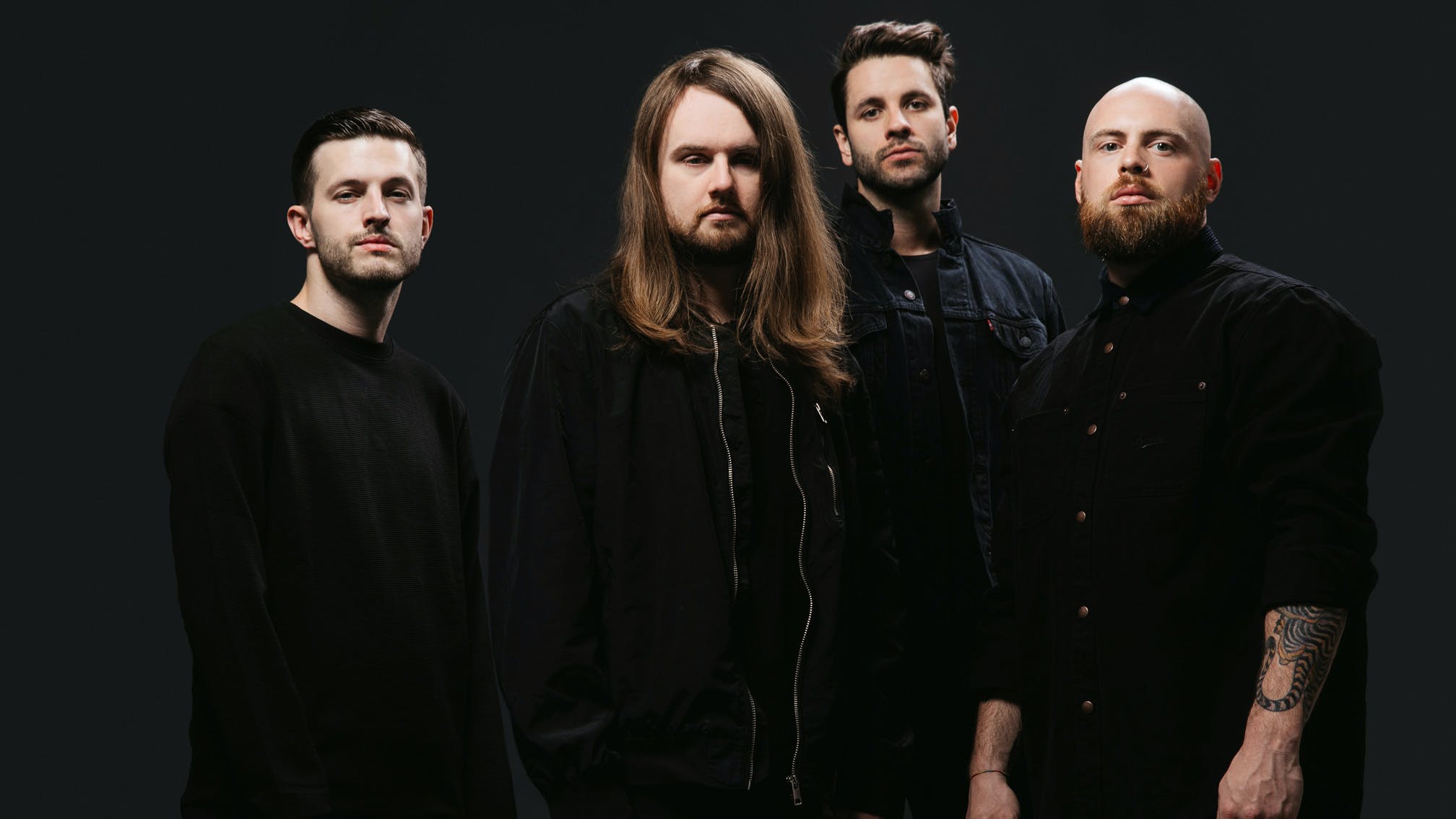 When Fit For A King vocalist Ryan Kirby was a teenager in Texas, his first taste of heavy music came from the American football video game Madden. His ears pricked up to the game’s soundtrack, that included bands like Thrice, Rise Against and Avenged Sevenfold. They were heavy, but still catchy – the perfect gateway bands that opened up a whole new world of music to him.

“I remember hearing the song Chapter Four by Avenged Sevenfold when I was about 15,” says Ryan. “It was the first time I’d heard a song with a lot of screaming, but it wasn’t too much, because that might have turned me off at first. It made me want to go and find more of that music. I would love for Fit For A King to be that band for someone.

“If you play an Acacia Strain song to someone who loves Taylor Swift, they’re gonna be like, ‘Oh my God, this is terrifying!’” Ryan laughs. “But if you’re like, here’s Bullet For My Valentine, then they can work their way up. They can condition their ears to breakdowns and screaming. If one of our singles can bring in someone that wouldn’t normally like that kind of music, they might get into the heavier songs on the album, and find a whole new genre that they love.”

It wasn’t long before the teenage Ryan started screaming himself, fronting local metalcore band Bodies Awake. Bodies Awake opened some shows for Fit For A King, and when they were looking for a new vocalist in 2010, Ryan was the man for the job. The Texan metalcore crew were prolific (now releasing six albums within ten years), and did the local touring circuit. They always had big ambitions, and with 2018’s Dark Skies, things really started to lift off – just when Ryan had been close to giving up.

“I was having doubts about my future in music,” Ryan explains. “I had dropped out of college to play music, and I had to leave my wife for six months a year and come home having barely made any money, doing shows in front of like 200 people. I had to make a tough decision and I was dreading it. I had anxiety through the roof and my mind would just not shut up.”

But he persisted, channelling that frustration into Dark Skies – which was more successful than Fit For A King could have ever imagined. It racked up 50 million streams, and sent the band to stages around the world.

“It’s funny 'cause Dark Skies would have never turned out the way it did without me being super down,” Ryan says. “I think that’s how a lot of really good records are.”

Following that success, Fit For A King felt the pressure to deliver, and they decided to go as big as they could possibly go with their new sixth album The Path – unquestionably their most ambitious release yet, it's erupting with breakdowns and finds the perfect balance between abrasive heaviness and melodic choruses.

“When we write, we sometimes write with a certain venue in mind,” Ryan explains. “Before, I’d always thought small. When we wrote Deathgrip [2016], we could pull in maybe 100-200 people a tour. But now we’ve grown a lot, and I was like you know what, I wanna write songs like they’re supposed to be played in a Parkway Drive-sized arena.

“Parkway Drive were a huge inspiration to us,” Ryan continues. “They’re a metalcore band that moulded themselves into a worldwide arena band, while still keeping the core of who they are. With The Path, we want to find the balance of doing what we love, while taking the band as far as we can.”

Fit For A King have never shied away from exploring dark subject matter, from mental health troubles to horrifying historical events like the 1994 Rwandan Genocide. And while they continue to examine darkness on The Path – the track Stockholm likens North America’s tendency to “worship” politicians to Stockholm syndrome, while Prophet is about the suicide of their manager’s friend – the overall message of The Path is one of positivity, that fits with their ambitious drive.

“I want the album to be like a motivator for finding your own path,” Ryan explains. “Whether it’s the path out of depression, maybe the path to the job you’ve always wanted. I think a lot of people wander around life aimlessly – including myself in the past. It’s about finding direction, not making excuses, putting aside your past and just finding a way forward.”

With the majority of the band being Christian, you could interpret the album’s title and tracks like Prophet and God Of Fire as references to their faith. But Ryan stresses that it’s not a focal point.

“When I joined Fit For A King it was like mandatory that I needed to make some religious speech onstage,” Ryan remembers. “It’s funny because when I was writing super Christian lyrics in the early days, I was living the least-Christian life. It was like the more I was talking about religion, the further I was from what I was writing about. Almost like trying to compensate.

“Then I decided to just be real with myself. I’m Christian so when I write it will pop up, but it’s not like I’m gonna sit and write about God. There are a lot of views I have that other Christians don’t agree with. A lot of beliefs are rooted in a time where racism was super prevalent and everyone was a misogynist. I’m not up for religious debates, but I think people should do their own research, and get to a spot where they feel comfortable.”

Now poised to release what will undoubtedly be their biggest release yet, Fit For A King want a live show to match, to elevate them to Parkway Drive-sized levels – once gigs become a thing again, of course.

“The last show we did before COVID was in March,” Ryan says. “It was the fifth day of our world tour, before the restrictions came in. We played a sold-out show to 1000-plus people. Before that, our best headliner was more like 300. I thought, man, this is really happening, we can actually be a headline band. It’s a good last memory to have for shows if I have to have one, but I just hope that it’s not the last!

“From now on, I want to put way more into production,” Ryan continues. “We’re not gonna be stingy about it; we want to put on a show. I need shows to come back first, and then we’ll bring in the pyro!

“We wanna make Fit For A King last forever,” he grins. “We want people to leave our shows in awe.”

The Path is released on September 18 via Solid State and is available to pre-save/pre-order now.