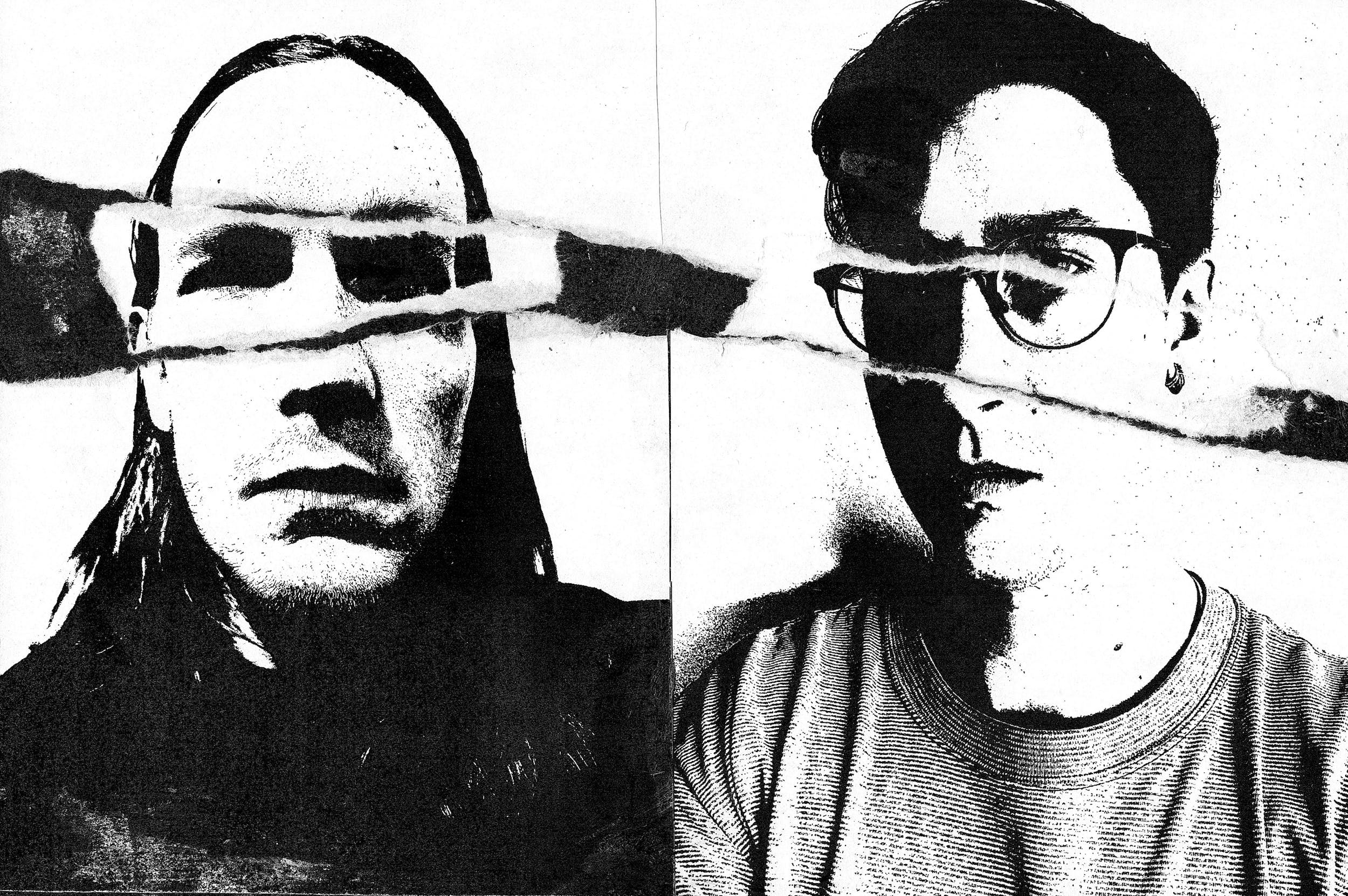 If Coarse sound like two major U.S. cities on opposing coasts ripping one another to shreds – well, that’s because, in a way, they are. The bicoastal duo – guitarist/vocalist Ryan Knowles of Portland, Oregon, and drummer/vocalist Brandon Gallagher of New York City – have stuffed every East and West Coast influence they’ve ever known into a turbo-speed blender and cranked that puppy on high, for a sound that fuses American sludge metal, grind, and mathcore into one filthy, furious package.

The band’s upcoming new EP, Cut and Preserved – a precursor to a full-length the band has planned for next year on 6131 Records – adds a heavy industrial influence to the mix, as if Coalesce and Author & Punisher fell into a vat of mutating slime, and were disposed of in the sewers of Manhattan to rot for a decade or more. The EP features one new track and three “chopped and screwed” versions of songs from their highly regarded 2018 debut EP, I, each a collaboration with members of bands like Street Sects, The Armed, Precious Death, and Hash Gordon.

The new song, The People of the State of New York vs. Coarse, is a “beef track” that takes on the NYPD.

“November of last year, I was arrested with a small crew for putting up wheat paste posters for our last record around lower Manhattan,” Brandon recalls. “There were two bros in Yankees and Notre Dame tees filming us, and I said something along the lines of, ‘Oh, don't call the cops on us,’ and that's when they were like, ‘Well, we're already here,’ and flashed a badge. The whole process was pretty crazy: At one point there were actually nine cops and four cars with lights on -- all over putting up wheat pastes.

“While I was cuffed, I had to ask the officer holding me tightly if I could reposition myself out of fear that we would get fucking beaten for trying to escape, or something. When we were put in the jail, two guys started laughing when we told them what we were taken in for. One was like, ‘Man, I've been stealing and smuggling coats from Poughkeepsie since I was 16, and you guys were just putting up posters? Did you have any weed on you?’ ‘No,’ ‘Oh man, that's fucked up.’

“This whole situation definitely inspired me in a lot of ways. I never wanted Coarse to be an ‘angry’ band, but sometimes you have to write an angry track because shit pisses you off. Poison Idea has a lyric: ‘What makes a person want to be a cop?’ I have no fucking idea."

The band took a different stylistic approach to writing The People of the State of New York than they did on their debut. “I’ve been listening to a lot of Pornography by The Cure and a lot of those songs keep the same beat and vibe going [for the duration of the track],” Brandon explains. “I’ve also been extremely influenced by The Downward Spiral by Nine Inch Nails. Two classics that I wanted to channel through abrasive noise.”

Check out the brutal new song, The People of the State of New York vs. Coarse, below:

Cut and Preserved is due out August 23rd on 6131 Records.