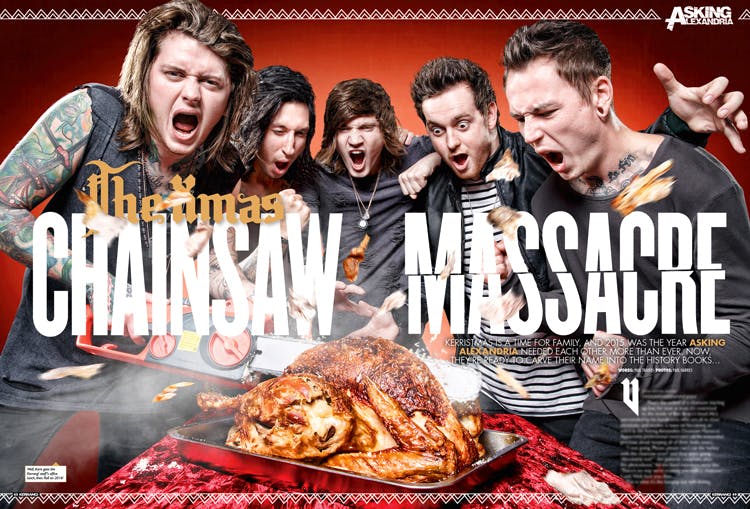 Asking Alexandria have revealed the title and album artwork for their upcoming record, The Black.

The follow-up to 2013’s From Death To Destiny – and the first Asking album to feature Denis Stoff on vocal duty – is set to drop in March 2016. Bring it on! Check out the artwork below, and let us know what you think in the comments.

Be sure to pick up this week’s issue of Kerrang! as Asking Alexandria take a chainsaw to a turkey. Yep, really: