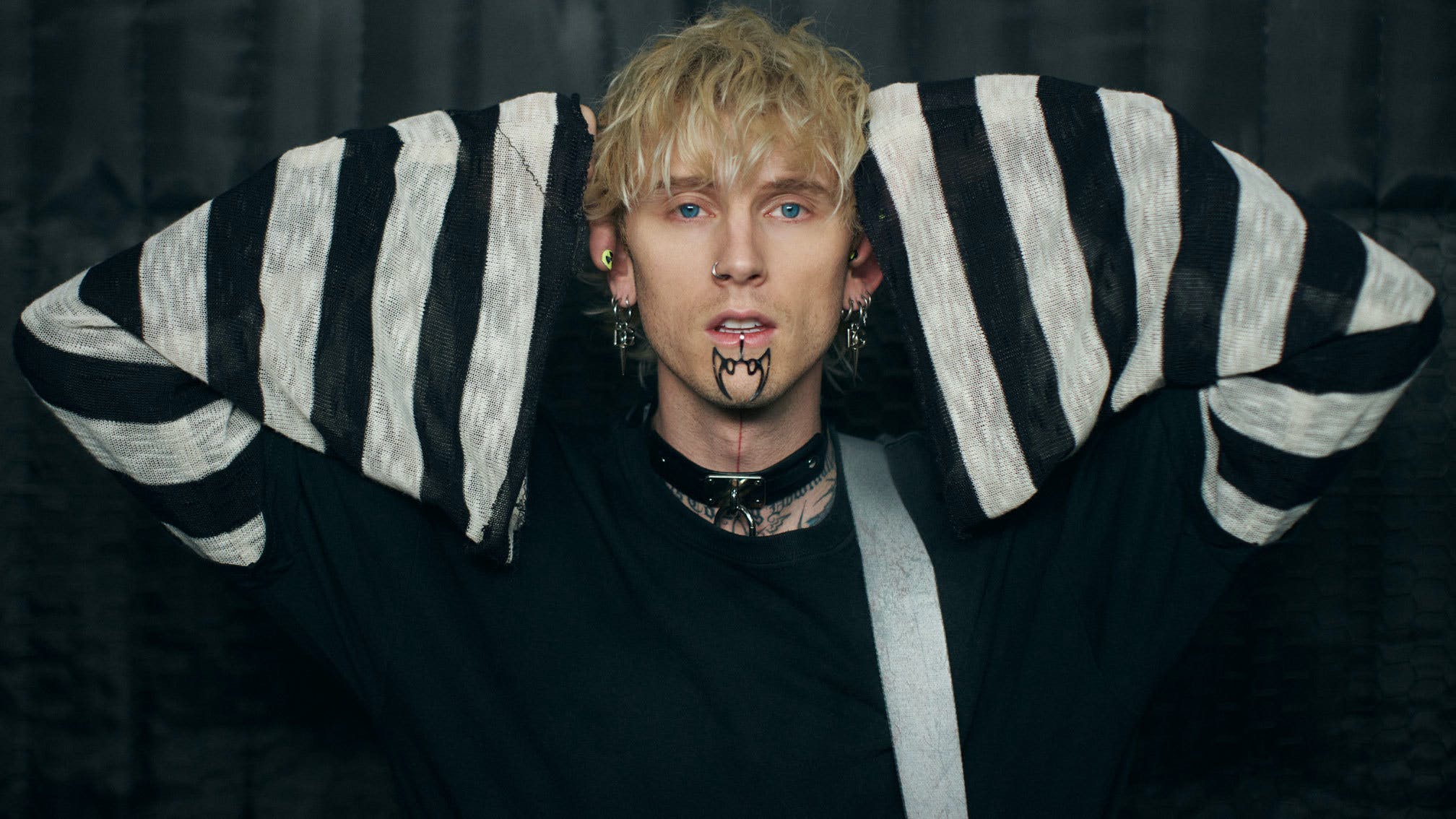 If he's not already got enough going on with two planned albums coming out this year, Machine Gun Kelly is involved in the new WWE 2K22 video game in a massive way.

Not only will he be a playable character in a downloadable content pack as part of the new wrestling instalment ("So now you can slam me through a table as much as you want," he joked on Twitter), MGK is also serving as Executive Soundtrack Producer, and has picked out an awesome 12-song tracklist featuring Bring Me The Horizon, Poppy, KennyHoopla, Turnstile, Royal Blood and more.

“Machine Gun Kelly has been an integral part of the WWE family for more than a decade,” says Neil Lawi, Senior Vice President and General Manager at WWE Music Group. “He has curated a unique soundtrack for WWE 2K22 that includes not only his own music but a diverse array of artists from The Weeknd to KennyHoopla. The 12-track soundtrack is the perfect complement to this edition’s enhanced gameplay.”

Watch the amusing trailer for MGK's soundtrack below, which features Colson in the studio alongside The Undertaker…

And check out the full, hand-picked WWE 2K22 soundtrack tracklist:

Read this: 13 things we want from Grand Theft Auto 6