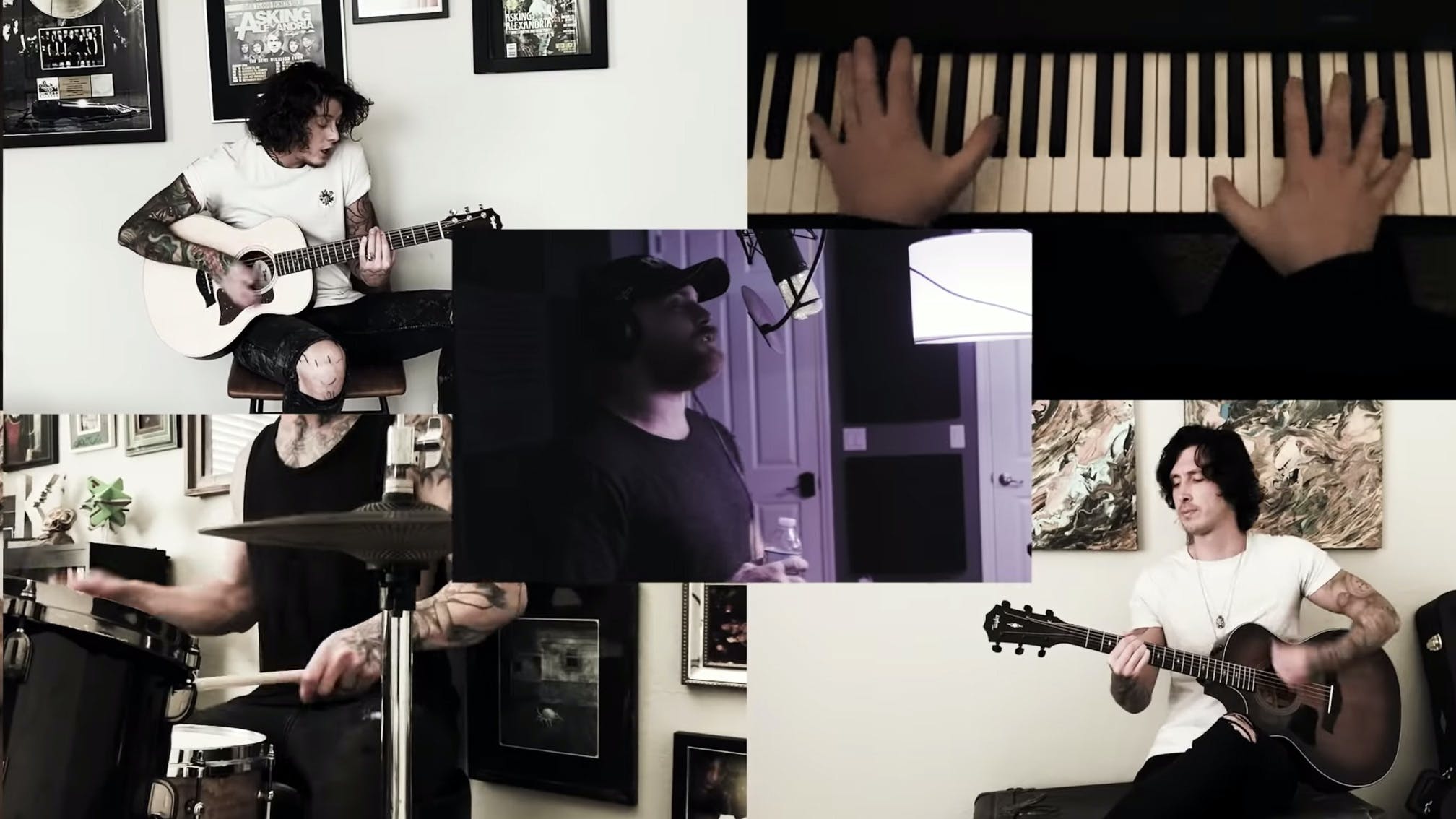 Following up the release of their 4K-rated album Like A House On Fire back in May, Asking Alexandria have unveiled an unplugged rendition of one of its biggest singles, Antisocialist.

“Over the years we have been known to release many acoustic versions of our songs from a number of albums,” explains guitarist Ben Bruce. “Antisocialist has rapidly become our most successful active rock single of our entire career so we wanted to do something special.

Read this: Asking Alexandria are finally ready to leave their past behind

“Instead of just another 'acoustic version' of a song we decided to really strip this one back and try and recreate the song as an unplugged version that lives and breathes its own identity. An unplugged, vulnerable rendition of the song that hopefully allows people to feel like they are in the room with the band whilst we play it. To all of our fans, old and new, we truly hope you enjoy this unique version of Antisocialist as much as we do. We love you.”

Previously, Ben has described the Antisocialist as “a song written for everyone who just wants to stick their middle fingers up high in the air and scream at the top of their lungs”.

Check out Asking's unplugged rendition of Antisocialist below:

Read this: Asking Alexandria's Danny Worsnop: "Mediocrity is not satisfactory to me. That's why I work so hard to strive for perfection"