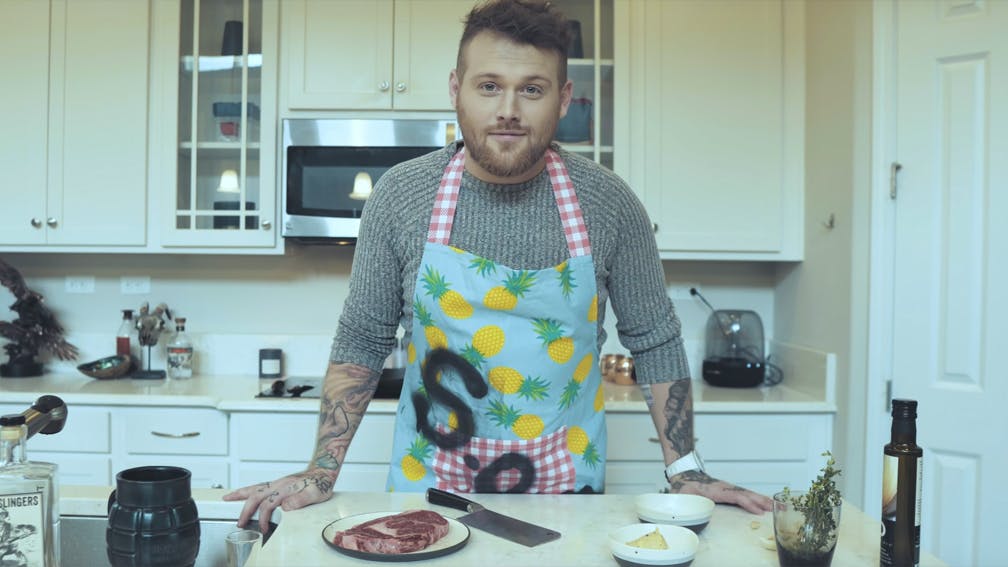 The Asking Alexandria frontman has unveiled the first slice of new music from his forthcoming solo album Shades Of Blue, which is due out on May 10 via Sumerian Records (pre-order it now).

Though the musician's new single is undoubtedly a far-cry from his music with Asking Alexandria, it's the video that perhaps best shows Danny in this totally new light: he's seen in a pineapple apron cooking up a storm in the kitchen (though vegans and vegetarians may want to look away), before, well… let's just say there's an adorable twist at the end.

Check out Best Bad Habit below:

The track follows last year's super-sweet song Angels, dedicated to his fiancée, Victoria (whom he proposed to onstage).

“She has loved me through my crazy and my quiet, when I’m the hardest to love,” Danny said at the time of his engagement. “She holds me when I break, and pushes me when I don’t think I’m enough. Because of her I wake up every day a better man than I was the day before. She will never know just how special she is to me, or just how much love I have for her… but that isn’t going to stop me from doing everything I can to show her for the rest of our lives. She is my angel and I’m never letting go. I am the luckiest and happiest man in the world.”