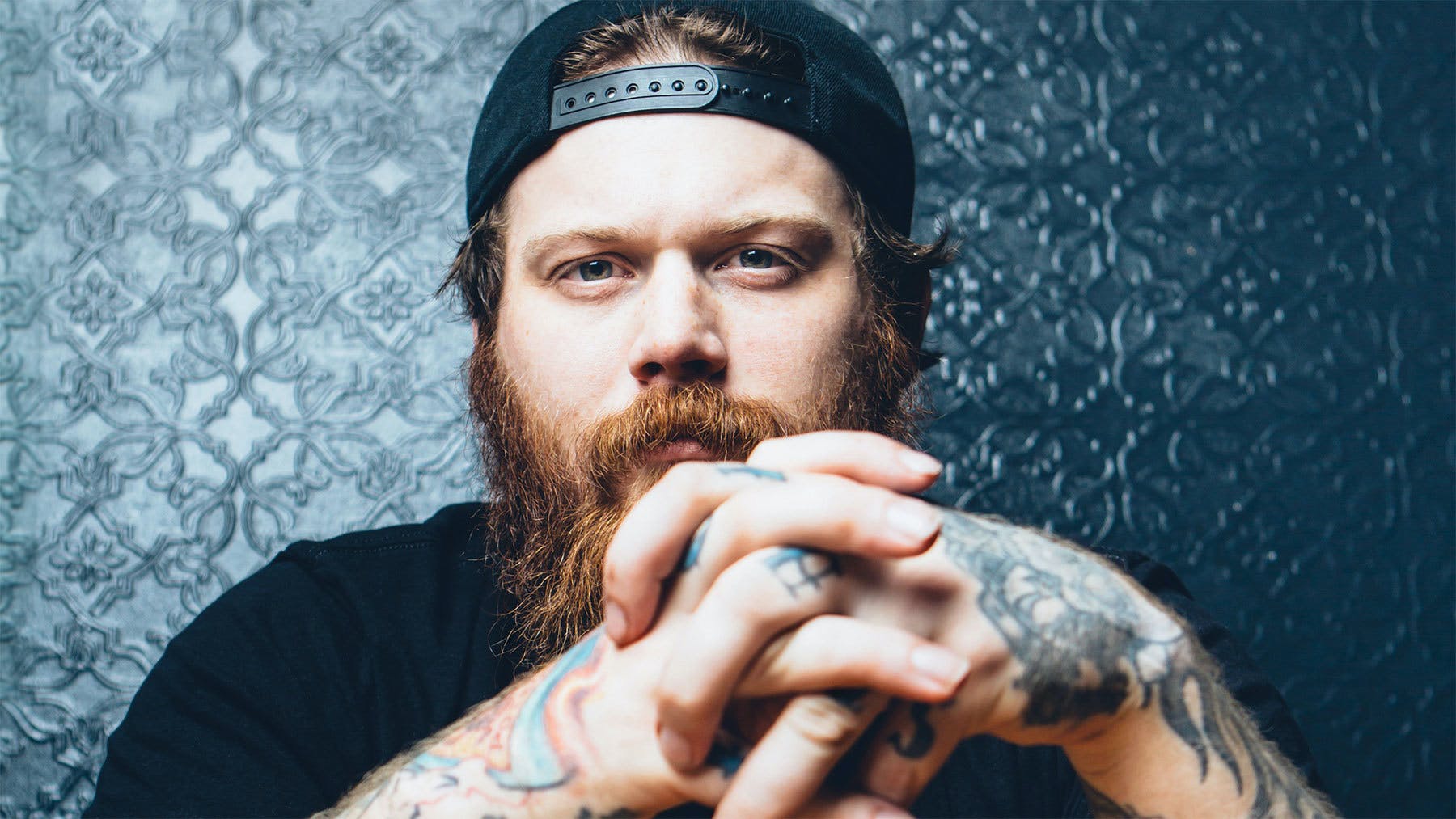 Lots of boasting about being badass? Why, it’s the soundtrack of Asking Alexandria vocalist Danny Worsnop's life, of course! And while it's not all songs about boozing, partying and kissing girls, there's a lot of fun to be had when Danny plugs his iPod into the speakers.

“My parents played this in the car a lot. It’s one of the greatest songs ever and one of my favourite Rolling Stones tracks. I love the environment that song came out of; the Stones had gone over to the States and were playing club shows. It’s incredibly energetic and soulful.”

The song that reminds me of my childhood...

“I loved putting on my headphones when listening to Michael Jackson. Bad was my favourite, because I found that song so edgy and dangerous – especially for the time and the age I was. Everything from the excessive leather to the dance/fight scenes in the video, plus the context of the song is obviously about being bad. It was my first slice of rebellion.”

“This is slightly embarrassing. I was in junior school, it was my first ‘heartbreak’ and I’d sit in my room listening to this. I have no idea why I picked Yellowcard to soundtrack that time because pop-punk and emo have never been my thing. Me liking Empty Apartment came straight out of left-field – even I was surprised I connected with it at the time.”

“This is from the non-Ronnie James Dio era of Rainbow when they were more of a soft-rock band. Since You Been Gone was the first thing I learnt to play on guitar, and from there I went on to learn some Bryan Adams stuff. When I picked up a guitar I’d been playing music for roughly 10 years already, so it was pretty easy for me. It came pretty naturally.”

The song that made we want to be in a band...

“They were the first band I saw live and this song is a classic. That show was the moment I told myself, ‘I’d love to do this.’ They’re flawless live; everyone has a great time and it puts you on top of the world.”

The first of our songs I heard on the radio...

“This is a fucking incredible song. Every night when I sing it, I still find it hard to believe that I wrote it. It’s an enormous piece of music.”

My favourite song to play live...

“It’s not often that you release new music and it goes down better live than the old stuff does, but we are actually at a point now where we could get away with just playing the new album. However, I’ve just finished my new solo record, and I already know that, in a live sense, it’s going to shit on everything I’ve done previously.”

The song that's got me into the most trouble...

Asking Alexandria – Not The American Average (2009)

“We’re retiring this song. It will never be played live again. We’re doing it because everyone’s so fucking offended by everything. There’s the whole misogynistic and sexist angle [of the lyrics] that people could criticise it for, and the social climate has reached a point that means we’re going to get ahead of the bullet and retire this one before it becomes an issue. I actually can’t stand playing it, so I’m glad – I’ve been trying to drop it for years!”

The song that was the hardest to write...

“I’ve never taken more than a day to write a song, apart from in the case of High, which took me a week. I finally finished it late one night before blacking out – I can’t actually remember completing it. I sat down a couple of days later to work on it, went into the files on my phone and there was a recording in there of the finished track. It was hard to write because it’s so vulnerable. It’s difficult for me to open up that much, to the extent that it was heartbreaking for me to write the words down. I was admitting so much about myself that I didn’t want to – stuff I’d been denying for so long.”