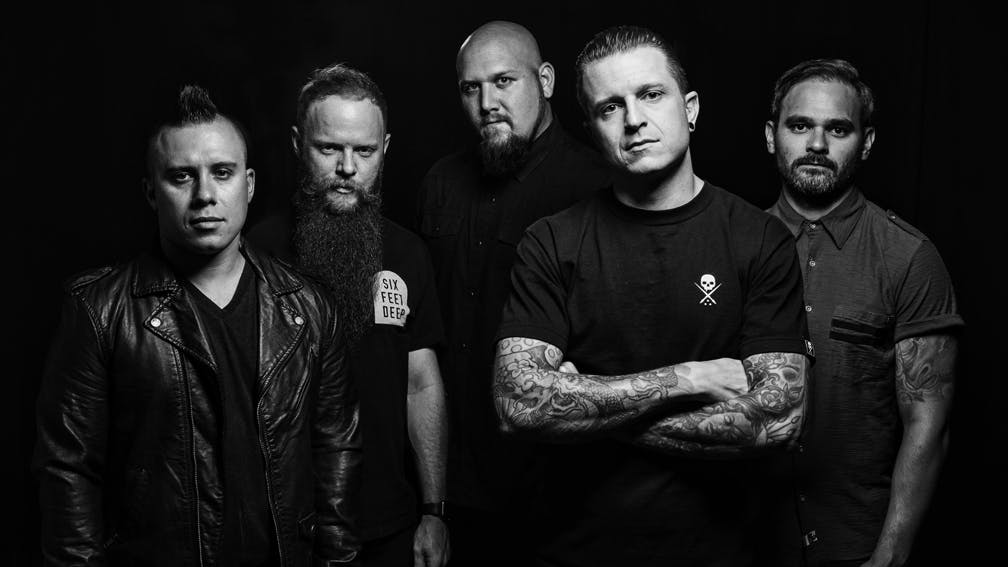 For a generation of metalcore fans, Californian crew Atreyu were the band to beat during the early 2000s' New Wave Of American Heavy Metal. Now, the band have decided to celebrate their 20th anniversary with a North American tour, and they're bringing deathcore heavyweights Whitechapel, spooky hard rockers He Is Legend, modern metalcore contemporaries Tempting Fate, and Finnish crew Santa Cruz along for the ride.

The tour starts in Vegas, and then snakes through the south and up along the East Coast, hitting both small and sizable markets along the way. Sadly, the tour doesn't have a Halloween show booked, but fans between Virginia and Pennsylvania should keep their eyes peeled, as any of these bands would do well with a one-off Halloween show. Hopefully, this time around, vocalist Alex Varkatzas won't have a medical emergency that causes him to miss the tour.

Get your singalong on at one of the following dates:

And check out the tour's rad poster art by Dave Quiggle:

Meet the new Atreyu, not as good as the old Atreyu...

Vocalist Alex Varkatzas has announced he won't be taking part in Atreyu's upcoming tour due to health concerns.

They've also dropped not one, but two new songs.