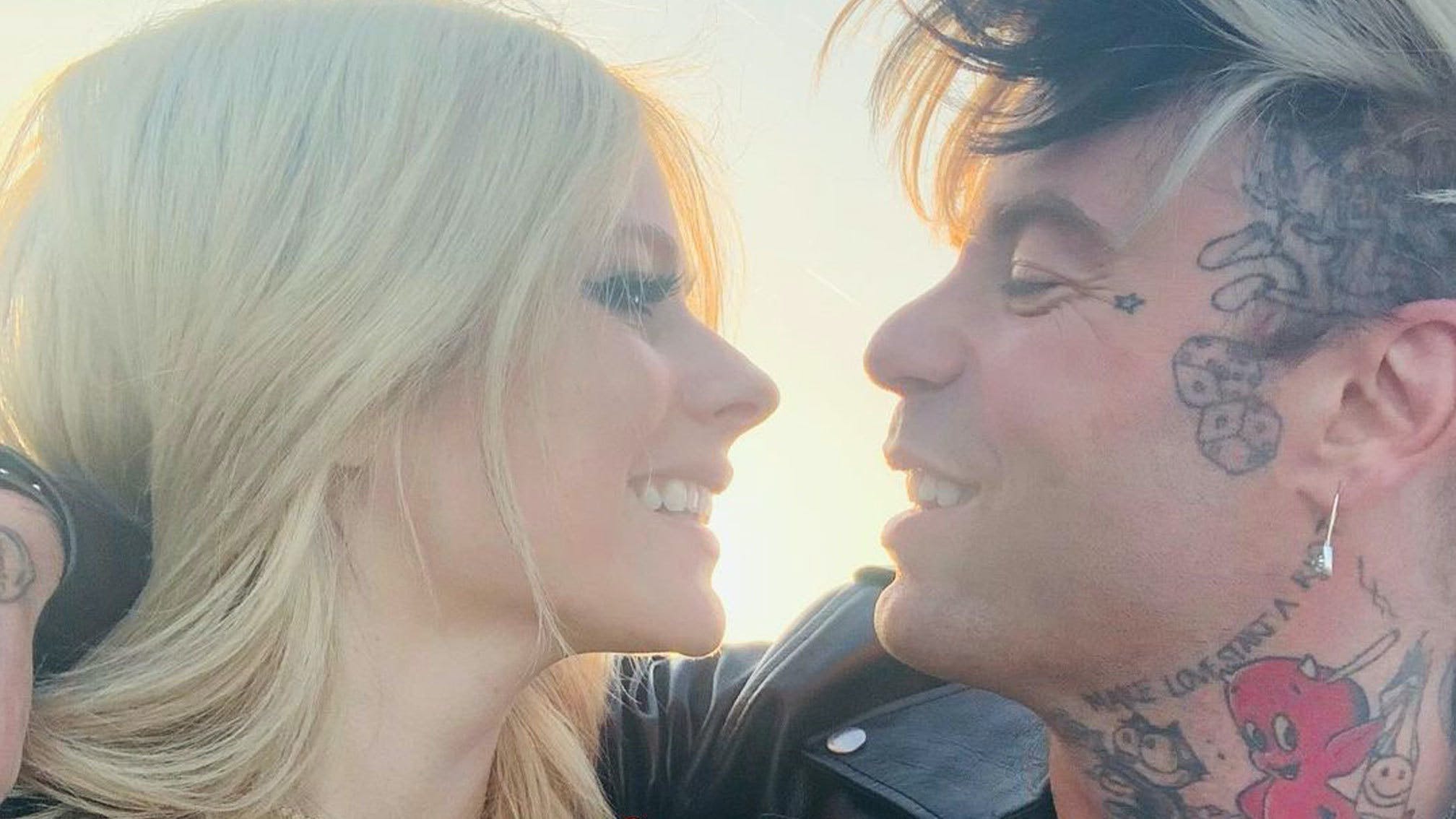 Congratulations are in order for Avril Lavigne and MOD SUN, who've just announced that they're engaged!

The rock star couple revealed the news online yesterday (April 7), sharing that MOD had proposed on a boat in Paris, with a stunning heart-shaped ring. "I had a dream where I proposed in Paris," he wrote alongside a photo of the moment. "I pulled out a ring + asked you to wear it. I grabbed your hand + took one last breath. I said “will you marry me?” + she said “yes”. I love you forever Avril."

In an interview with PEOPLE, Avril revealed that her new engagement ring has 'Hi Icon' engraved on it, which were the first words he ever said to her (aww!). "He knew from the very beginning I wanted a heart-shaped diamond because on the day we met, we had matching heart-shaped paved rings on," Avril added. "We've worn them every day since, so it's only fitting to have a heart-shaped engagement ring. I love it so much."

She also shared of the proposal itself that "it felt like time stood still" as the couple sailed along the Seine River on a boat, and that, "It was just the two of us in the moment."

Watch the video for MOD SUN and Avril's 2021 single Flames:

Read this: MOD SUN: The 10 songs that changed my life

For Spotify Singles, Avril Lavigne has tackled Adele’s epic ballad Hello, along with an acoustic version of her 2022 album’s title-track Love Sux.