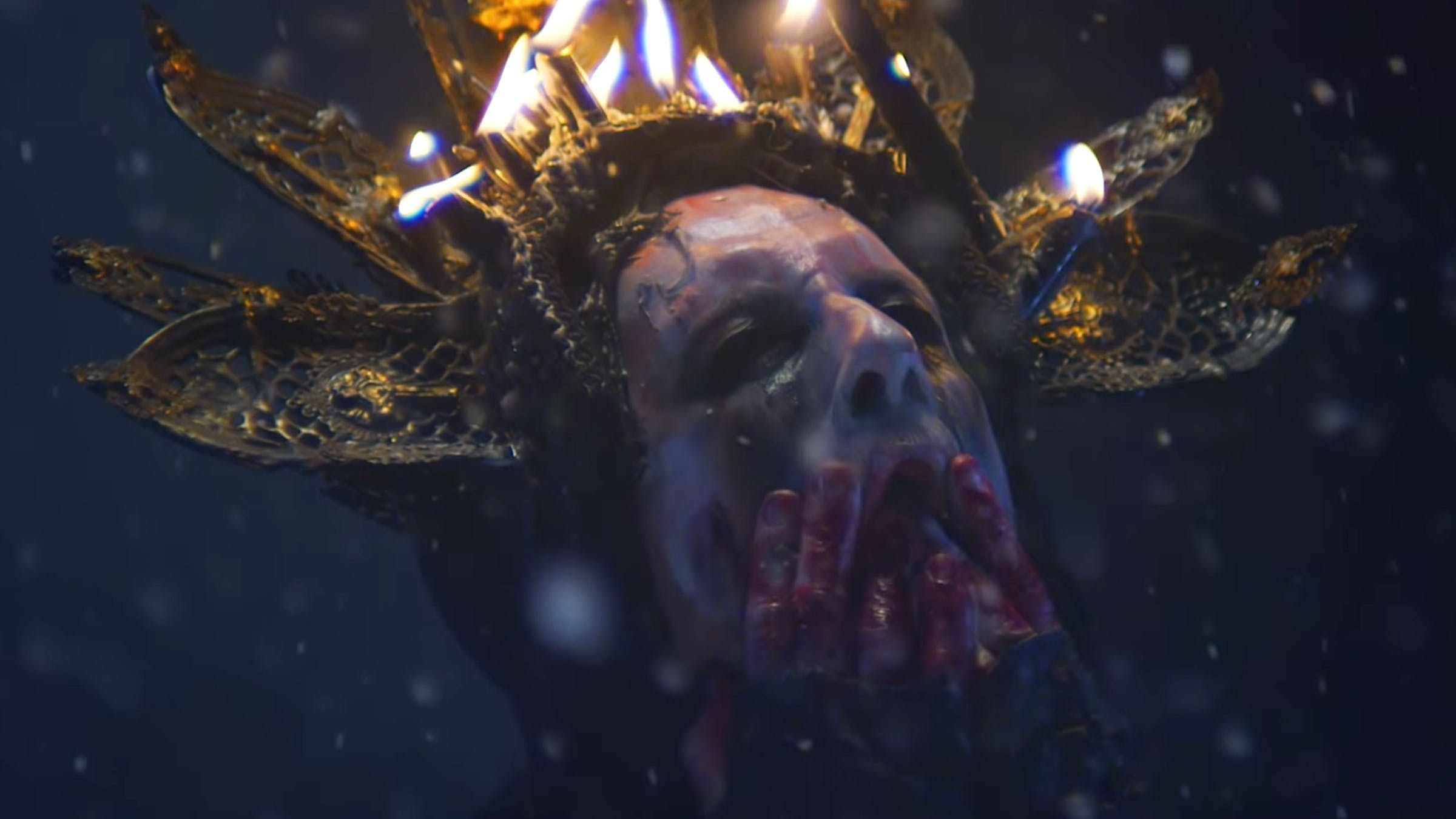 It looks like Polish death metal force Behemoth have made a point of only filming music videos that are firmly NSFW. The last visual output from the band, Sabbath Mater, was a dusty, creepy mixture of gorge, nudity, and sacrilege that was not for the faint of heart. Now, Behemoth have released a new video for the track Rom 5:8 off of 2018's I Loved You At Your Darkest, and while it takes a somewhat more atmospheric and psychological approach than its predecessor, it still has enough blood and nudity to shock puritan audiences.

The video for Rom 5:8 thrives on a certain level of surreal and psychedelic imagery. Pictures of churches and graveyards are warped and discolored, while footage of snakes and skulls flash throughout. Even the gore is a bit more varied, echoing artists like Clive Barker who focus on flesh as an artistic medium. Of course, it wouldn't be complete without frontman Nergal in a crown of candles, rubbing blood into his face and licking his hand in a fine show of blasphemy.

READ THIS: Behemoth and Judas Priest are planning something "absolutely monumental" for Bloodstock

Pushing buttons for the sake of doing so is something Nergal enjoys, so the video's inflammatory nature is unsurprising. In August, the vocalist claimed online that he'd been thrown out of an American YMCA for wearing a Darkthrone shirt, only to reveal to Kerrang! later in the year that he'd fabricated the story for the sake of watching fans and haters alike go crazy.

“Orion [Behemoth bassist] and I went, but we had to go back to another gym, and I just made up the story that we were rejected because of our beliefs, blah, blah, blah. Man! It made headlines all over the place. People are being fucking outraged...people saying that I should get beaten, that my opponents would just be happy about that. And I’m just reading all these comments and all these headlines and I’m going like, ‘Why?’ No-one would bother to ask me if it’s true – because it wasn’t true – I made up a story. It was again another occasion that I realised how it’s easy to manipulate people, how to fool them around and just make whatever you want to do.”

The video for Rom 5:8 comes just as Behemoth are releasing a new Tour Edition of I Loved You At Your Darkness, which includes alternate artwork by Nicola Samori, a documentary, and an extended BBC session with the band.