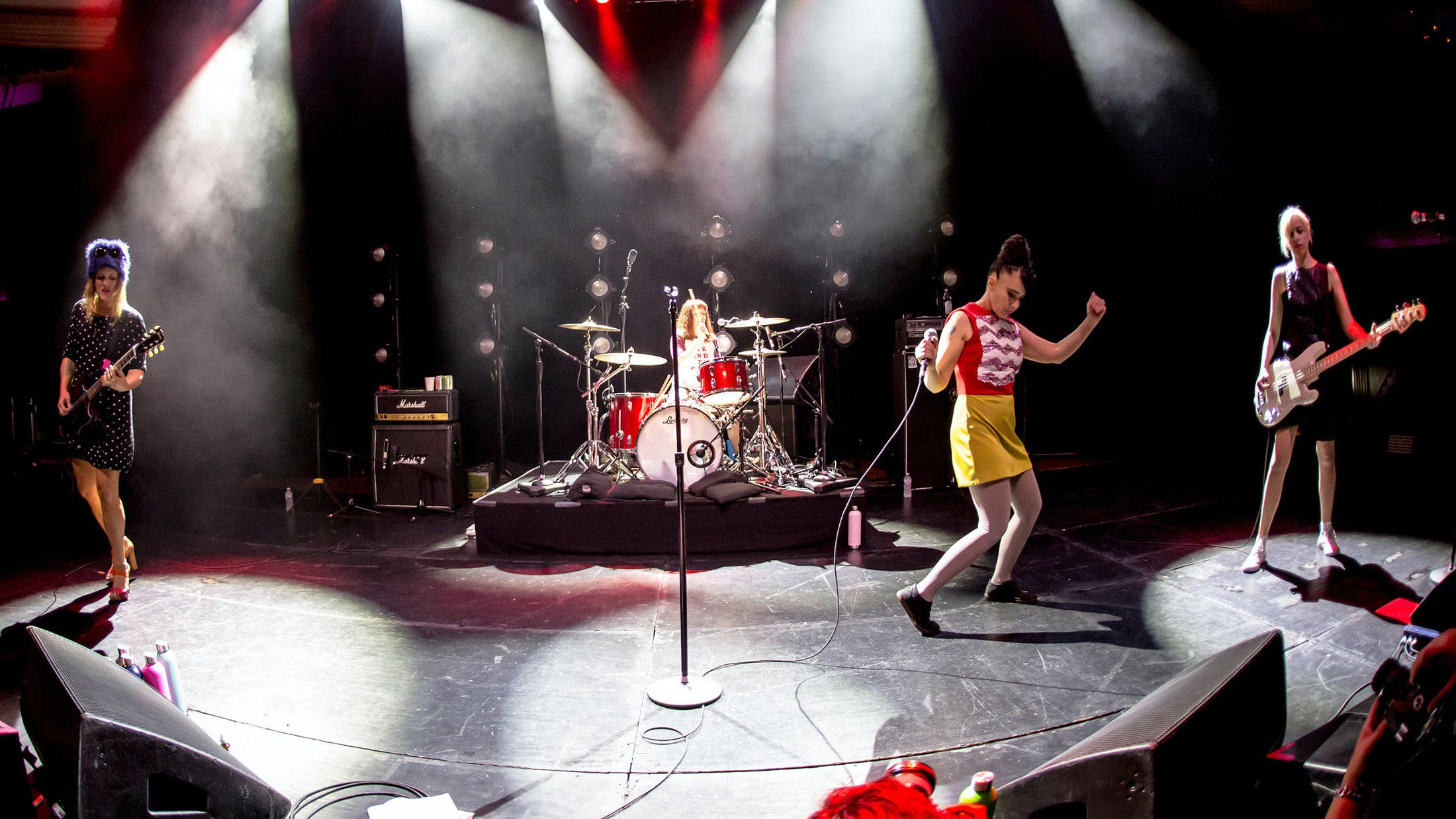 Bikini Kill have announced a string of dates across North America, continuing their recent run of reunion shows.

The riot grrrl pioneers announced their reformation at the start of 2019, initially playing in Los Angeles in New York, which expanded to headline dates at London's Brixton O2 Academy and Riot Fest in Chicago.

"We're so excited to announce more shows in 2020 - Portland, Seattle, Boston, Montreal, and more!" reads a tweet from the band.

Pre-sale tickets go on sale 9am-12pm PST November 7, 2019. Fans who are signed up to the official Bikini Kill newsletter will receive the pre-sale code.

READ THIS: 25 years of Bikini Kill, riot grrrl and the enduring legacy of Kathleen Hanna

There's also a show announced for next summer at Øya Festival in Norway, which takes place just a few weeks before Reading & Leeds festivals in the UK. Could we see the Washington punks heading back to England next year?

Kathleen Hanna, Tobi Vail, and Kathi Wilcox are back for the Bikini Kill reunion shows, and they're joined by Erica Dawn Lyle who replaces guitarist Billy Karren.

The band will be supported by Table Sugar, Lithics and Mecca Normal at select dates on the North American tour.

12 Oslo NO, Øya Festival

The reunited Bikini Kill will be travelling through Europe, the UK and North America next year.

Girls To The Front: 25 Years Of Bikini Kill, Riot Grrl And The Enduring Legacy Of Kathleen Hanna

"In the end, for a lot of women my age, everything always loops back to Bikini Kill…"