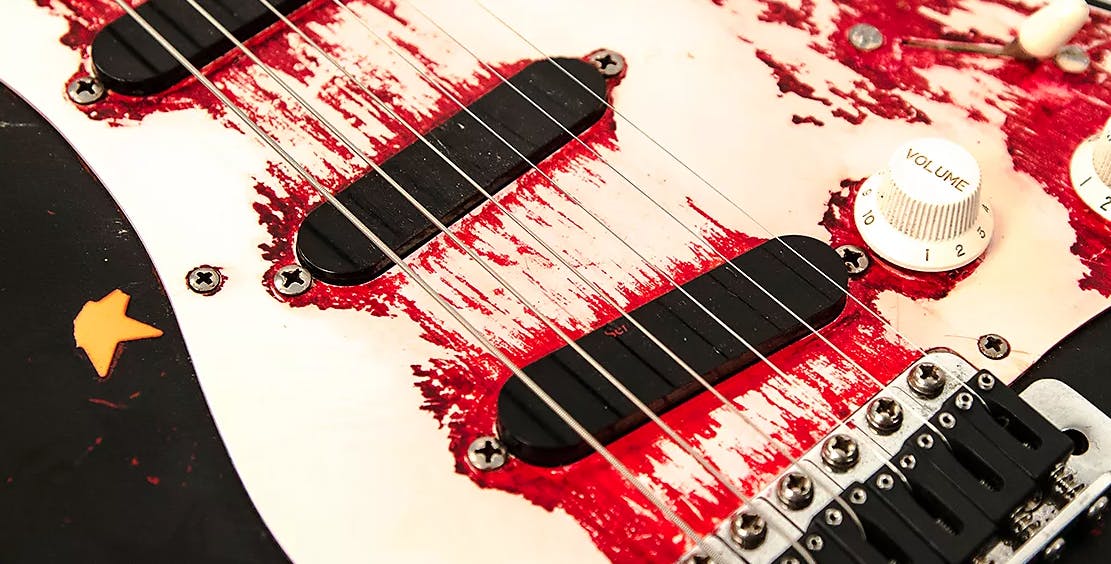 Smashing Pumpkins frontman Billy Corgan – soon to release his second solo album under his fuller name of William Patrick Corgan – is selling a massive amount of old instruments on the Reverb website, an online retailer of used musical gear.

Already sold are a number of guitars, including models by Gibson, Schecter and Rickenbacker, for thousands of pounds per time. Still available, funnily enough, is a 1988 Fender Stratocaster (pictured above) used on the recordings of the Siamese Dream and Mellon Collie And The Infinite Sadness albums – yours for the modest sum of £808,435, and shipping is extra.

While that is a proper nosebleed asking price, the guitar has attracted over 180 offers at the time of writing. The good-condition “priceless piece of history” is, reads the item’s description, “without question one of the nicest playing Strats you'll ever lay hands on. It is road-tested and settled in, with hundreds of hours of intense playing that shaped its resonance and character.”

The listing continues: “Despite the spray paint finish (which can feel a bit sticky in humid conditions), the neck and playability are incredibly comfortable. Everything plays as it did when Corgan last took it out on tour. As for the sound, well...you wouldn't be looking at this guitar if you didn't already know what it sounded like. If you need a reminder, stop what you're doing and listen to the Siamese Dream LP right now.”

Which is a good idea, TBF. Watch the video to the 1993 album’s lead single, Cherub Rock, below.

Equally expensive is a 1994 Gibson Les Paul Special, used in the recording of Machina. Reads the description:

“This being Billy's top pick at that time, this instrument can be heard all over the tracks on that album from the opening notes of The Everlasting Gaze, through the rhythm tracks of Age Of Innocence. It played all of the solos and most everything else. It was also taken on the road as one of the main guitars for the subsequent tours after the album release, so it's seen more than its fair share of stage time.”

It’s only had 57 offers, rather less than the Siamese Dream instrument. What that does or doesn’t say about the modern-day appreciation of 2000’s Machina/The Machines Of God, you can decide. Us, we’ll just post the video to The Everlasting Gaze below, and get on with searching our cupboards, lofts and wardrobes for any old rock memorabilia that we could make some money on. How much do I hear for a signed Mudhoney CD? Autographed Ash promo? Um, I've got this Nirvana seven-inch...? Right, okay. I’ll probably just keep them.