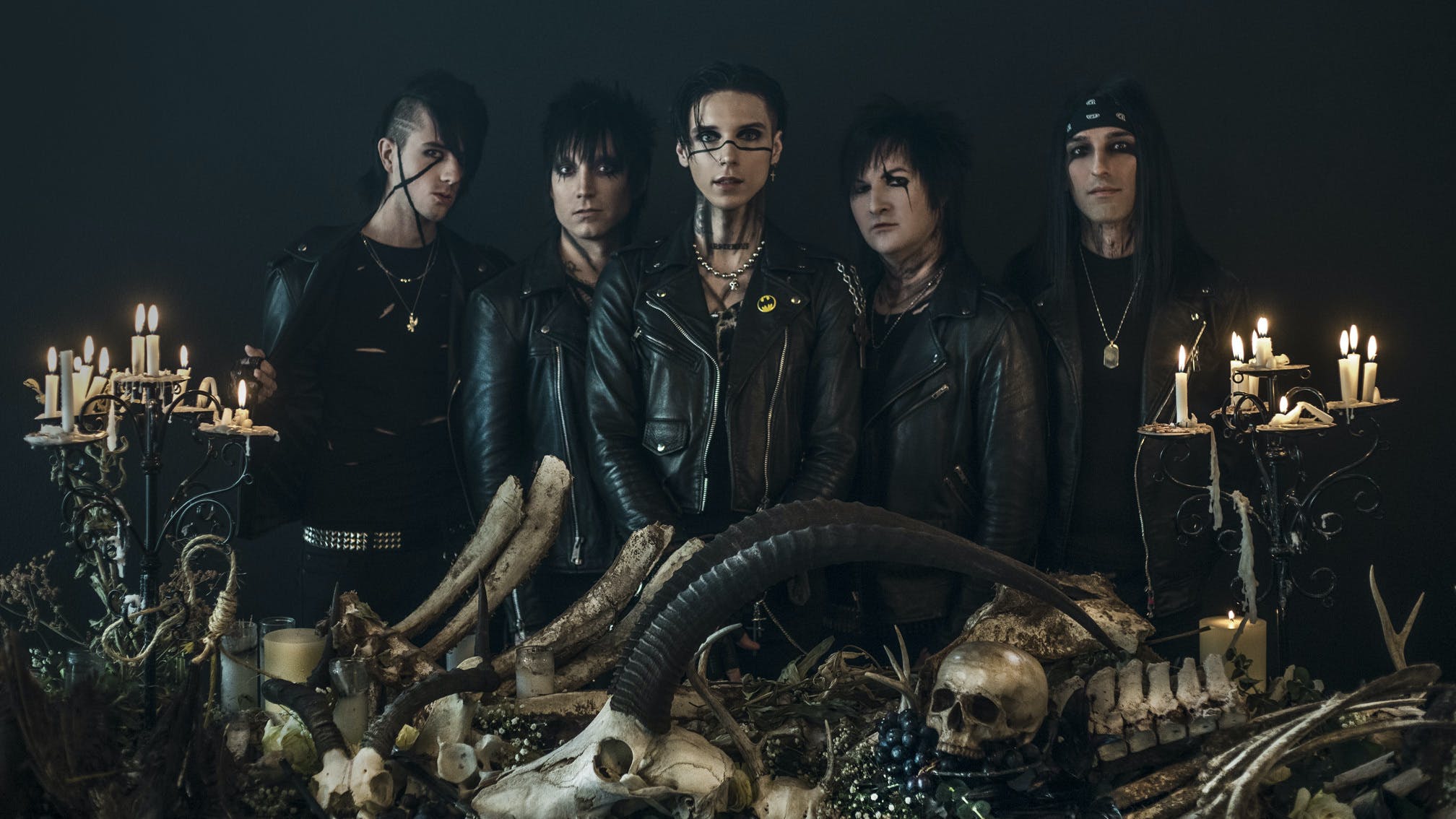 Having already re-recorded their We Stitch These Wounds debut earlier this year to mark its 10th birthday – cunningly dubbed Re-Stitch These Wounds – the new single, Scarlet Cross, is the band’s first proper new music since last year’s The Night, and kickstarts their first new album since the release of 2018’s Vale.

During Kerrang!’s Face To Face in August, the band revealed work on their sixth album was well underway

“We have six songs that have vocals and are fully demoed out, we’ve got three or four songs that have half the song completed, and maybe another five or six ideas that are not complete yet,” said frontman Andy Biersack. “Jake [Pitts, guitar] is producing the record, but it is a big, crazy awesome, concept thing we’ve been working on. There’s art, drawings, comic book designs, we wanna do a movie and all this shit, it’s a big expansive thing and we’re really excited about it.”

“We are doing a concept record – it’s a whole story that’s gonna go together – so the plan is to write way more songs than will go on the record, and once we get things tightened up, we’ll go back and listen to everything and figure out what makes sense as a whole,” added Jake.

READ THIS: How I Wrote In The End, By Black Veil Brides' Andy Biersack