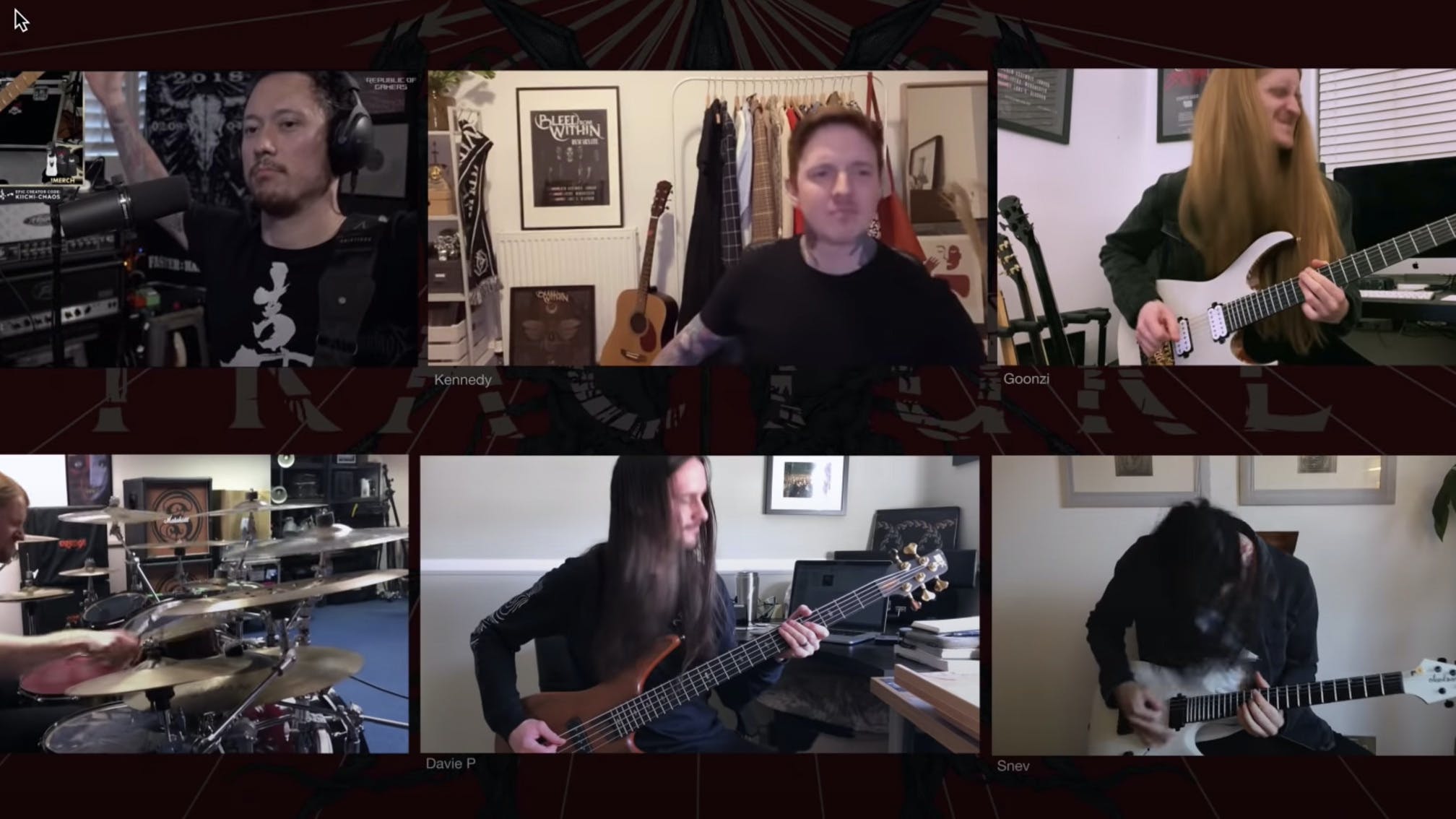 Ahead of the release of new album Fracture later this month, Bleed From Within have just unveiled a new single featuring Trivium's Matt Heafy.

The track is called Night Crossing, with the Glasgow metallers explaining: “We’ve been eager to share this track since we finished it at the start of the year. This is classic BFW song structure and the groove is strong.

Read this next: The greatest Metallica videos of all time

“Matt from Trivium chips in with such a tasty solo towards the end and he absolutely nails it. We’ve been chatting back and forth with him online for a while then after meeting at a show of theirs during summer last year, the idea came around to get him involved on a new track. We created an opening and Matt’s part was decided. The video was inspired by the numerous video calls we've had amongst ourselves, friends and family since entering lockdown. Something fun during these crazy times. Enjoy!”

Of what else is to come from the band's new album, Bleed From Within tell Kerrang!, "We were inspired by the support we’d received whilst touring our previous album era and very keen to develop that sound. Lessons were learnt and invaluable experience had been gained over the last two years. Implementing this and taking ourselves even further forward was the main goal."

When asked if this mentality is reflected in the sound, lyrics, or both, the band say, "This album is inherently darker than anything we’ve done in the past. That being said, even when the language is dark, this album serves each of us as a source of positivity. Musically, we’ve played even more with melody. Especially in the vocals. Again, focusing on change, this is something we’ve always wanted to try and [frontman Scott] Kennedy sure as hell delivered.

"The album has so much more to offer!" they add. "All these songs tell you is that it’s heavy as fuck and we’ve got some big choruses on there. We can’t wait to share it with you."