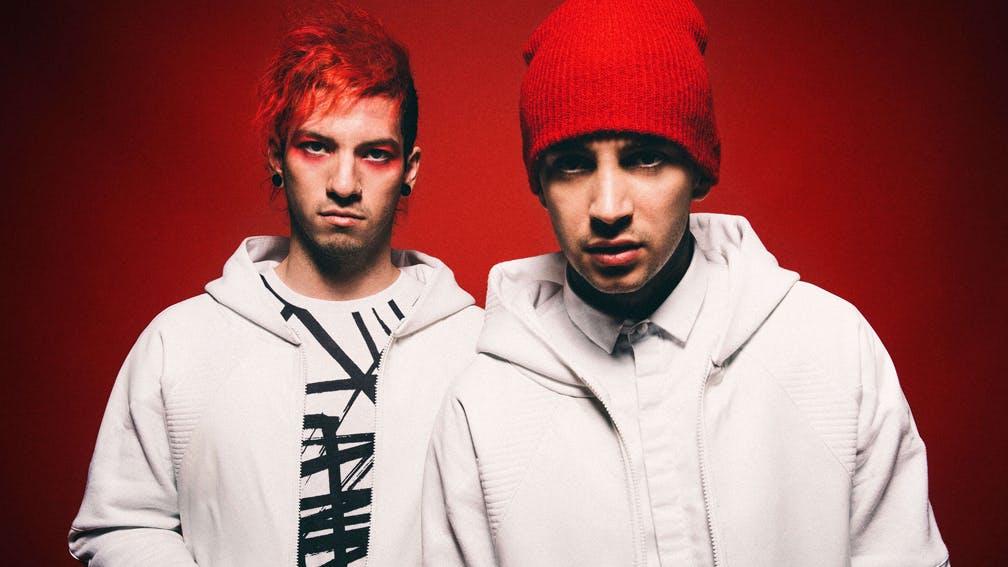 It seems as though twenty one pilots are breaking new records almost every single day at this point, but the duo have just hit an incredible new milestone with 2015's Blurryface: it has now become the most-streamed album by a group of all time, surpassing a whopping 3.5 billion streams on Spotify.

The news comes via Chart Data – a company who upload music charts and news in real time. Despite the continued success that Tyler Joseph and Josh Dun are experiencing – not just with Blurryface, but also newest album Trench and the subsequent Bandito Tour – the band have worked hard to not let fame get to their heads, while also battling personal insecurities.

“When you get to a level of this magnitude, you want to make sure that you never start to believe that everything revolves around you, and to be very healthily aware that you’re just a tiny little slither of reality – not the full thing,” Tyler told Kerrang! last year. “It’s very encouraging, and it takes a lot of pressure off, as well; when you start to truly believe that you’re the most important thing in your life, then you start to deteriorate.”

He also admitted that, while millions of fans look up to them, both he and Josh still doubt themselves.

“There’s certain things that you work through, as a human,” explains Tyler. “Obviously, there’s things where it’s like, ‘Are we good enough to play music for a living? Are we good enough to write songs and show people what we’re made of?’ As things got bigger, there was some confidence instilled in us – like, ‘You know what? Actually we can do this…’ But there are also a lot of aspects of doubt and insecurity that the level of success doesn’t even affect. And, partially, I’m glad, because I don’t necessarily want that external reward to solve some sort of internal issue. I think that Josh and I will take every stage with a bit of needing to overcome something, and wanting to work through something. We never want to feel completely comfortable; we want people to see us working through something, and for us to struggle, and see a bit of turmoil and chaos.”

twenty one pilots will return to the UK this summer to headline Reading & Leeds in August.